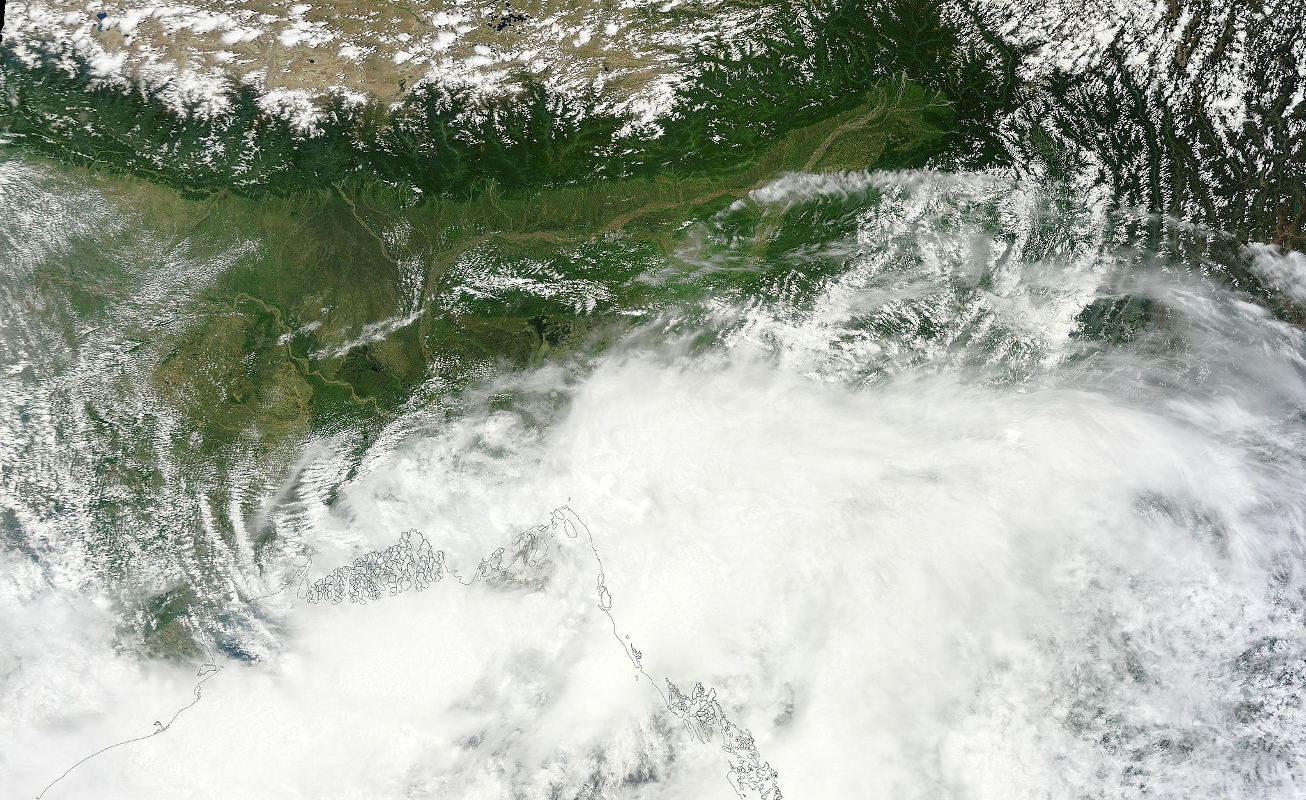 Severe flooding has affected hundreds of thousands across Bangladesh and Myanmar, according to the UN Office for the Coordination of Humanitarian Affairs. In India, at least 150 people are dead and more than a million displaced by heavy monsoon rains made worse when Cyclone Komen swept the country. FSRN’s Jasvinder Sehgal has more.

In India’s central Madhya Pradesh, 31 people died Tuesday when two passenger trains traveling in opposite directions derailed within minutes of each other while crossing a small bridge. Seventy-two people were injured; more than 300 were rescued after the carriages flipped into the river. Witnesses say that many others were washed away by the river’s currents.

”The prima facie cause of the incident is stated to be flash floods due to heavy rains,” explained India’s railway minister, Suresh Prabhu. “Statutory inquiry into the accident has been ordered to be conducted by Commissioner of Railway Safety. Help line numbers have been set up at all important locations. Railways have been instructed to take all precautions in flood affected areas.”

Prime Minister Narendra Modi announced aid for victims of the incident; $3200.00 each for the next of kin of those who lost their lives, $800.00 for those seriously injured in the accident.

The railway accident highlights both the effects of rampant flooding in the country and the deteriorating state of India’s railway system. According to federal data, in 2014 more than 25,000 people died in rail accidents in the country.

Heavy to very heavy rains are expected to continue and the death toll will likely rise once flood waters recede and residents can return to more than 10,000 villages currently submerged.