Officials in India probe deaths in wake of sterilization campaign 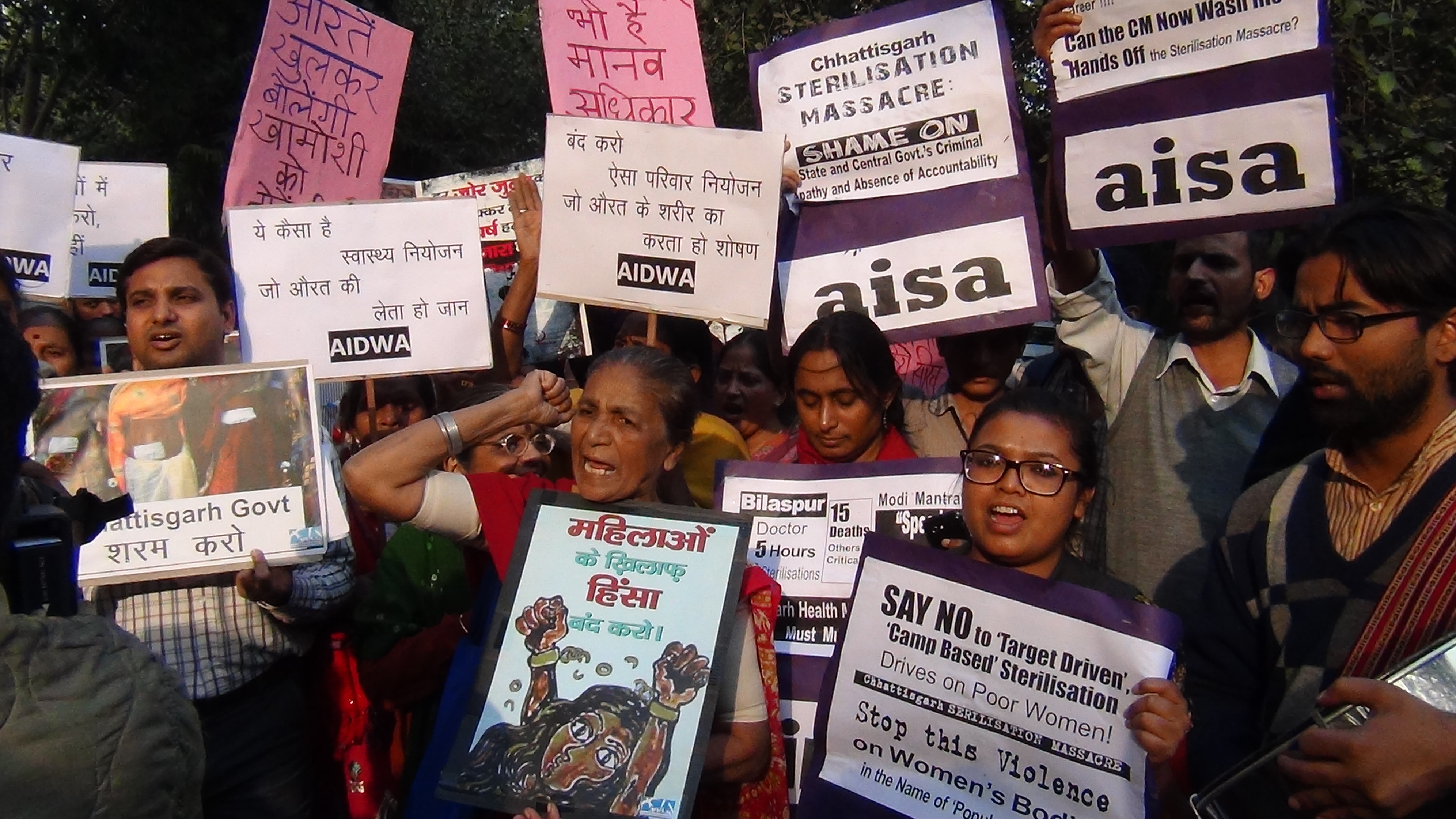 Authorities in India are investigating the possible link between sub-standard and contaminated drugs and sterilization deaths in a central state this month. More than 15 women died and scores of others fell seriously ill following a botched sterilization drive. The tragedy has raised serious questions about India’s approach to population control and public health care system. Bismillah Geelani has the story.

At the district hospital in Bilaspur in the central Indian state of Chattisgarh, Tribani Devi is desperately trying to bottle-feed her 18 month-old grandson. But the baby refuses to feed and cries incessantly. The baby’s mother, Hemlata, lies unconscious in a bed fighting for her life.

“I don’t understand what they did and how it all happened but look how tragic it is,” laments Devi. “This child is so hungry he wants his mother to feed him and she is in this state, almost dead. I’m so worried. I don’t know what to do.”

Hemlata is among the 83 women who underwent a sterilization operation at a government-run free medical camp last week earlier this month. Soon after the tubal ligation surgery she complained of severe abdominal pain and vomiting. She was rushed to the hospital where she remains in critical condition along with 50 other women.

Fifteen women, all in their early thirties, have died so far. Thirty- five-year-old school teacher Rakeysh Kumar curses the moment he allowed his late wife to participate in the camp.

“The doctors treated them like animals,” Kumar describes. “They did the surgery within a few minutes and dumped them back into their homes without any post-surgical care.”

The deaths have sent shock waves across the country, sparking massive protests in several cities. Under public pressure, the local government has initiated action against several officials accused of negligence in addition to ordering a judicial inquiry into the matter.

Authorities say they suspect contaminated drugs given to the women after surgery may have caused the complications and deaths. But many put the main blame on the conduct of the healthcare professionals performing more than 80 tubectomies in just 6 hours using the same surgical instruments.

“After all it’s a surgical procedure just like appendix removal or gallbladder removal,” says Dehli-based gynecologist Dr.Punit Bedi. “How can you do it in a tent under a tree? The time needed just to wash hands between two procedures is three to five minutes. Then you have to change and sterilize the equipment and that takes minimum two hours so obviously they used contaminated equipment for multiple surgeries which is completely wrong and unacceptable medically, legally and ethically. But unfortunately, this has been going on over and over again and nobody cares, nobody ever raises a question.”

The doctors performing the surgeries say they were under pressure to achieve the target of 80 surgeries per shift the administration had set for them. Nearly five million people are sterilized in India every year; more than 70 percent of them are women.

Activists say a majority of the operations are performed without the informed consent of the patient. Deepa Sinha is Program Manager of Public Health and Nutrition at the New Delhi-based Centre for Equity Studies.

“Among the various methods of contraception, female sterilization is the one with most side effects and involves many risks and yet this remains our main focus,” says Sinha. “We are just obsessed with this. It has become another way of systemic oppression of women. The government campaign plays on the existing gender inequality in the society and stresses on female sterilization in a way as if this is the only way and there is no other choice. The idea of informed consent is not even heard of.”

With more than 1.2 billion residents, India is currently the world’s second most populous country. According to United Nations’ estimates, the country will surpass neighboring China as the most populous nation in less than two decades.

India introduced its first family planning program in the 1950s. Its aim was to raise awareness about various methods of contraception. In the 1970s, the government tried a more aggressive birth control policy focused on male sterilization. But it met stiff public and political resistance.

The government launched another family planning program based on targets and incentives for families practicing a two-child norm in the 1990s. It was also criticized on the ground that it influences behaviors in a way that hinders informed choice. The Government claims that it has since abandoned both the setting of targets and offering incentives making the program completely voluntary.

But Sinha from the Institute of Equity Studies disagrees.

“It’s changed only on paper, in practice it’s the same,” Sinha contends. “In fact it now has an element of coercion because both incentives and disincentives are now at work. So the couples will be told that if you sterilize after two children you will get this much money and such and such other benefits. But if you don’t, then you would be deprived of such and such development scheme running in your area and you won’t be able to stand for a local body election, etc. And this is internationally known to be a flawed approach.”

Sinha blames this policy for what she describes as the public health disasters like the one that happened at Chattisgarh. She insists that much more can be achieved by shifting focus to reducing infant mortality and providing people access to better health facilities and alternative contraceptive methods.

The sterilization deaths in Chattisgarh have brought the issue of population control to national focus and calls for a complete rethink of the current policy are growing louder.