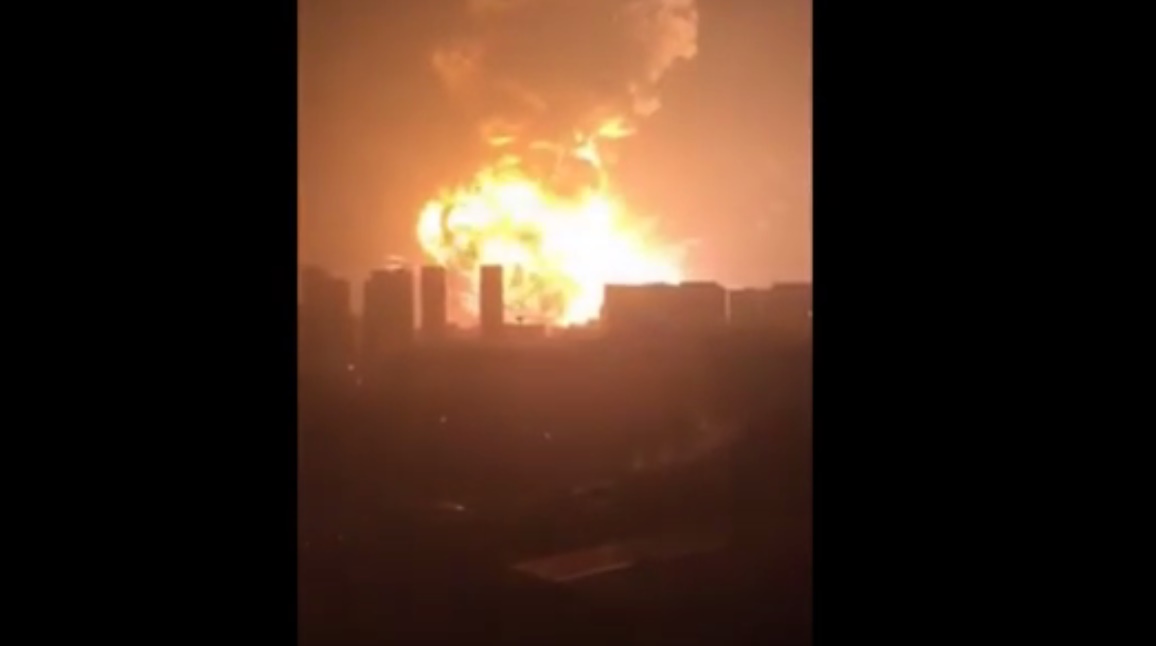 Smoke continued to rise from smoldering fires Friday after an explosion in China so massive that its heat map was visible from space. According to state media more than 50 people died, and the death toll may climb. At least 700 people were injured in multiple blasts Wednesday night in an industrial park at Tianjin Port, directly adjacent to a residential area including shanties where laborers lived. FSRN’s Nell Abram has more.

According to state media, firefighters responded to a fire in a warehouse storing hazardous materials. Two massive blasts followed, the second reportedly as powerful as 21 tons of dynamite. The explosions were felt across the city, buildings near the site burned and a mushroom cloud rose above fires.

Many people were injured by flying debris as windows shattered as far as a mile away. State officials have not said how many are still missing or were left homeless by the devastating blasts.

The warehouses where the explosions took place are owned by Rui Hai International Logistics. The company reportedly stored various dangerous materials there, including highly toxic sodium cyanide and calcium carbide – which reacts with water to form an extremely explosive gas. Hazardous materials remain on the site, and more than 200 nuclear and biochemical experts are reportedly assessing the public health and environmental risks.