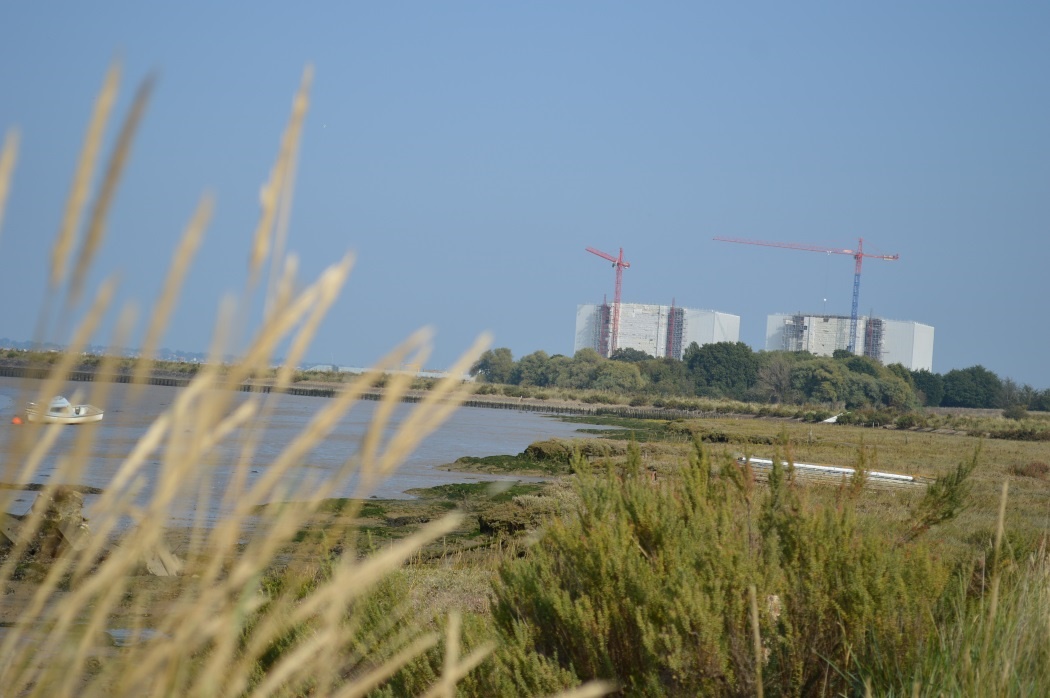 China has officially agreed to make a more than $9 billion investment in the construction of three new nuclear power stations in Britain. The deal, announced by President Xi Jinping today during a state visit to the UK, has already agitated environmental groups and security experts.

Beijing will bankroll several new nuclear reactors, to be built on the east and west coasts of England. One of them, which will be designed, built and run by Chinese state-run nuclear energy companies, will be next to the tiny village of Bradwell-on-Sea, about 50 miles from London. FSRN’s Nik Martin met local residents who vow to scupper the plans.

The Blackwater Estuary on England’s eastern coast is home to world famous oystering grounds. Just a few kilometers from here are three nature reserves and out in the North Sea is Europe’s largest offshore wind farm.

But on the other side of this water, the decommissioned Bradwell nuclear power station towers above all else. More than a decade after it stopped producing electricity it’s still polluting the local waters, according to environment groups.

The British government insists nuclear power can be a safe and cost-effective way of building a low carbon economy. But its plans to renew the country’s network of nuclear power stations has been an on-off affair for years.

When ministers put Bradwell back on the list and approached Beijing to back the plans, local resident Sophie Weaver took to social media to mobilize her neighbors.

“It’s a very well known estuary for the fishing and oyster industry. The Mersea oysters are renowned worldwide,” Weaver explains. “There are so many of us out here today fighting for the estuary, because we believe that they are ignoring the fact that it is a marine conservation area and are endangering it, and that’s not right.”

Ahead of Chinese President Xi’s visit, several hundred people demonstrated on the beach and organized a small protest flotilla in the estuary.

China will invest in the much-delayed power station at Hinckley Point in southwest England, owned by the French energy giant EDF. But to ensure that the site gets Beijing’s backing, campaigners say British finance minister George Osborne has sweetened the deal.

At Bradwell, China will get the chance to design, build and run its own power station, close to the decommissioned plant. That, they say, would place part of Britain’s strategic national infrastructure in the hands of a growing superpower.

“Bradwell is potentially the pawn in that deal because the Chinese want a site that they can develop themselves in their own way,” continues Weaver. “I know there’s a lot of concern about that, that George Osborne is sacrificing Bradwell and the estuary to encourage Chinese investment in other sites.”

The existing Bradwell nuclear site has a less than exemplary safety record. In 2009, the plant’s current owners Magnox were fined hundreds of thousands of dollars after a radioactive leak remained undiscovered for 14 years.

Professor Andrew Blowers, who has conducted extensive research on the impact of radioactive waste, chairs another residents’ group opposed to the plant. He says the proposed new power station would be three times the size of the existing site, thereby posing an even larger safety threat to England’s east coast.

“That site is a) on a coastline that is sinking and b) in an area where the sea level is rising,” Bowers says, noting that the site is rife for flooding. “Add to that the fact of climatic disturbance, coastal changes and surges and so on…and you have a very vulnerable site. So we’re talking about very dangerous materials on a very vulnerable site, liable to inundation.”

Blowers says the large volumes of water needing for cooling the power station is also a concern. “They take it in, it goes through the system and then it comes out again,” he explains. “It is a moot point whether the Blackwater Estuary which is shallow and the movement of the water in and out is very slow, it takes something like 10 days for it to refresh. And I think people are very reasonably disturbed about the potential harm to the marine ecology of the Blackwater.”

Supporters of the expansion of nuclear power have been on a public relations offensive. British leaders say China has a track record of building new power stations much cheaper than the West and insist the deal is essential to secure Britain’s energy future.

Finance Minister George Osborne painted the deal as a win-win in an interview with Sky News during a recent trip to China: “I can see the Chinese becoming majority owners of British nuclear power plant, subject to British safety rules, policed by the British. In the short-term, that’s good because it means Chinese money not British taxpayers money being used for projects like this – so we can use our money for schools and hospitals – and and in the long-term, it will deliver stable and lower energy bills for families in Britain.”

But critics point out that the Hinckly Point plant, the pilot project for nuclear collaboration with the Chinese, is already way over budget and will come online eight years behind schedule.

However supporters say Britain has no other choice. By having allowed its own nuclear power sector to crumble, they argue Britain now faces a potential energy crunch and Xi’s visit couldn’t have come soon enough.