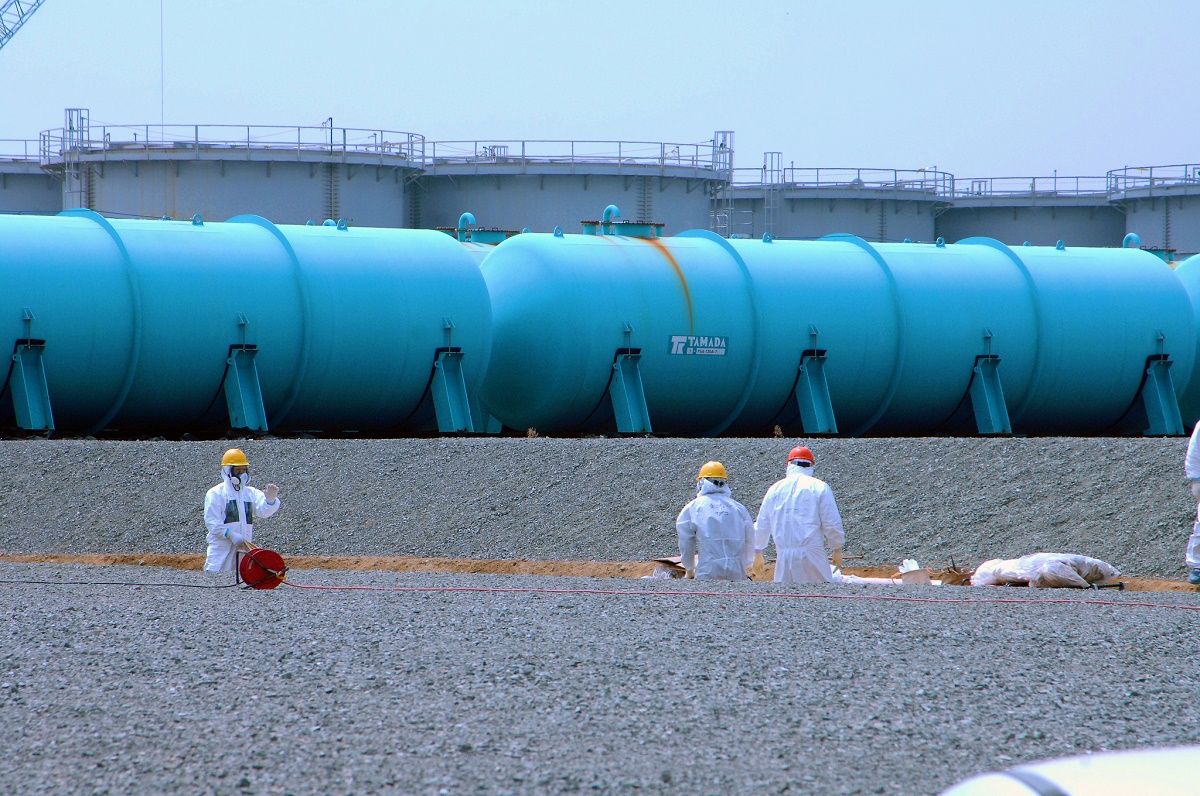 For the first time since the Fukushima Daichi disaster in 2011, Japan returned to nuclear power generation this week. Despite widespread protest and polls that reflect the majority in Japan oppose nuclear energy, the Sendai nuclear plant fired up its No. 1 atomic reactor on Tuesday. Many fear the restart is just the first in what could be more, if not all, of the country’s 43 idle nuclear plants.

The disaster came when a massive earthquake and tsunami struck about 50 miles from the Fukushima nuclear power plant. More than 100,000 were forced to flee the area, most are still not able to return. Reactors continue to leak massive amounts of contaminated water, and the removal of melted fuel won’t begin until 2022.

But according to Prime Minister Shinzo Abe, continued reliance on imported oil and gas, and maintaining the idled plants, is cost prohibitive. The government’s nuclear goal is to satisfy more than 20 percent of Japan’s energy needs by 2030. And according to Japan’s Nuclear Regulation Authority, the standards at the Sendai reactor are “stricter safety rules imposed after the 2011 accident.” For more, FSRN’s Claudia Cragg speaks with physician and renowned anti-nuclear advocate Dr. Helen Caldicott.

Claudia Cragg:  Dr. Caldicott, with the opening of the Japanese Sendai plant, what are your comments and what are you hearing from people who contact you from Japan?

Dr. Helen Caldicott:  Well, I posted on Twitter yesterday, ‘Idiots! Another meltdown could mean the end of Japan.’ And I meant that. And that tweet was taken up hundreds of times. The majority of Japanese people, 60 or 70 percent, are opposed to the reopening of reactors. There’ve been many, many demonstrations, but I’m afraid money counts over there. And Tepco and Toshiba are really the government, and when they decide it goes ahead. It is also being…it’s also happening because the nuclear industry in America is exerting a huge amount of pressure upon the Japanese industries to open again, for several reasons: a) It will increase the amount of uranium; b) [It will] encourage the nuclear industry in America; and c) Japan is a major producer of parts of nuclear reactors – the reactor vessel, etc. etc. – which they export all over the world, to Turkey and elsewhere. So there’s a huge amount of money involved and they don’t really care, let’s be frank, about people’s health. Although now, about a hundred and…over a hundred and nine children have developed thyroid cancer in the Fukushima prefecture, and the number of incidents in that population is one to two per million.”

CC:  This is of course not Fukushima, it is the Sendai plant. But there’s probably a creeping effect. Do you think they’ll all open them now, one by one?

Dr. HC:  That’s correct, if they can. But it wasn’t a possible meltdown. There were three meltdowns – never before occurred in the history of the nuclear age – major meltdowns. So, I mean, everyone accepts there were three major meltdowns. That’s a fact. That’s a fact. That’s like me trying to substantiate that there’s a nose on your face. Um, it’s a fact, scientific fact. And it’s an absolute catastrophe. They’ll never clean it up. They won’t be able to get to those three melting cores, because if you stand next to them for a couple of minutes you’ll die. And no one’s ever thought about three major meltdowns that were in fact harder…hard to get those cores out. It will be impossible.

CC:  Some people appear to be taking comfort that this is not in fact the crippled Fukushima plant and it is not operated by Tepco. And they also believe that Sendai is not exposed to the same level of risk.

Dr. HC:  It matters not who manages nuclear reactors. All meltdowns, and there have been quite a few, have been caused by human fallibility. They built six nuclear reactors just near an earthquake fault, at sea level, and they knew that they were doing that, and in fact the independent commission on Fukushima – set up by the Japanese government – said it was human fallibility and human faults. Sendai will be managed by humans with their fallibilities, number one, and number two, it’s near an active volcano. Japan is a very volcanic, earthquake-ridden area, and to build nuclear reactors on Japan, in the mainland or elsewhere, is pure foolishness.

CC:  Now there’s a group in Japan, the CNIC, made up of concerned citizens who are activists on nuclear issues. You must have a number of people in Japan, experts who get in contact with you asking for your viewpoint.

Dr. HC:  Well, I’ve been to Japan twice since the meltdown. Not to Fukushima, I wouldn’t go near it, it’s too radioactive. But I’ve spoken to huge numbers of people, including doctors. Most doctors don’t really understand the medical effects of radiation; you have to study that. I’ve spoken to huge areas, or groups, of concerned parents who know nothing about it and are desperate for the truth, even if it’s bad. I’ve testified before a government commission in the parliament. I’ve spoken to various Japanese politicians, but the truth is, they have no power. It’s [Prime Minister Shinzō] Abe who’s determining the whole thing. And it’s money that’s determining it. And the Japanese government, really they give no heed to people’s suffering. And just to add another addition to this, the doctors have been told not to tell their patients that their symptoms are related to radiation. It’s a horrifying medical situation.

CC:  We’re dealing here, Dr. Caldicott, it appears, what somebody or some people consider to be acceptable risk. Is that how you see it?

Dr. HC:  I don’t think they worry about risk. They just use that terminology, a euphemism, to reassure people. But my prediction is that there will be another meltdown in Japan, I don’t know, in the next ten or twenty years at least. Or in America. There’s going to be another meltdown soon, I guarantee that. And once that happens, especially if it’s in America, that will be the end for nuclear power forever.

CC:  Dr. Helen Caldicott, radiation biologist, a pediatrician, and anti-nuclear campaigner. She joins us from Sydney, Australia. Thank you very much for speaking to Free Speech Radio News, FSRN.