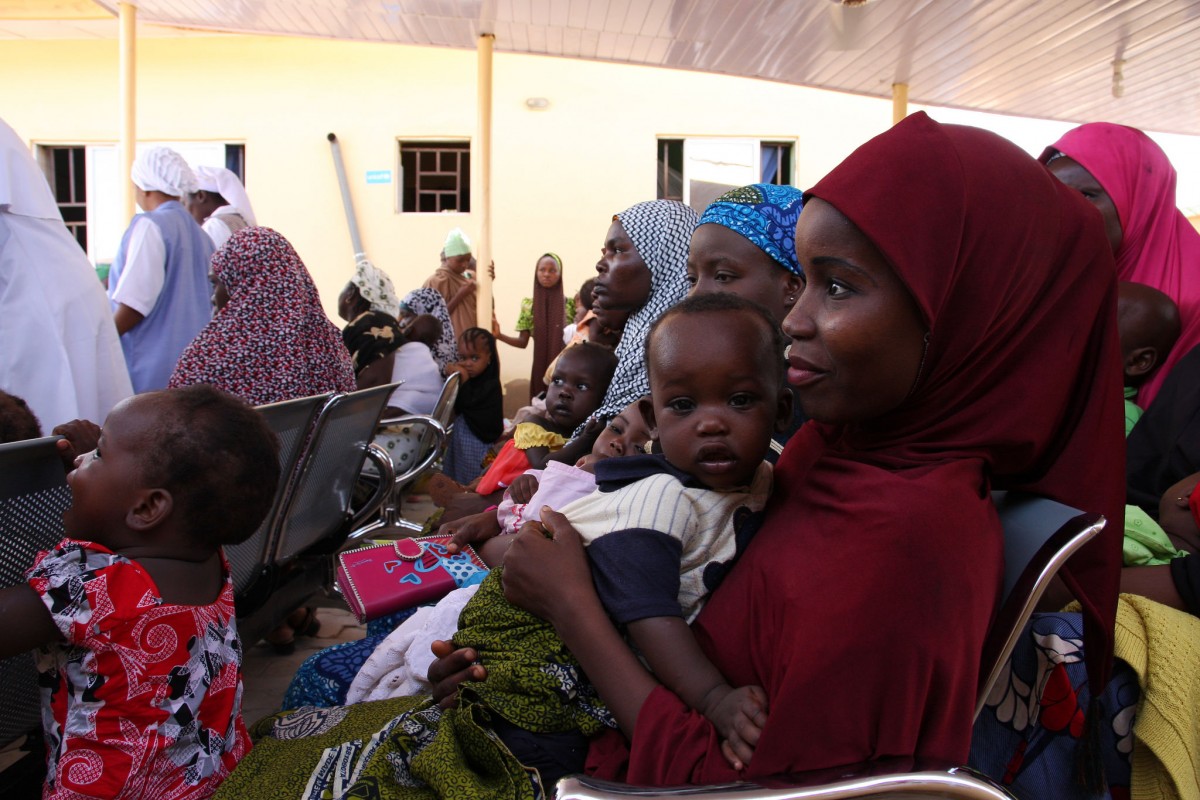 The world is riveted by the recent ISIS attacks in Paris and Beirut and the self-proclaimed Islamic State has also claimed responsibility for downing a Russian passenger plane in the Sinai Peninsula last month, killing everyone on board. But as global attention is focused on the group based in Syria and Iraq, another militant group continues to mete out terrorist attacks on civilians in its years-long effort to establish an Islamic state in central Africa. The conflict between Boko Haram and security forces in Nigeria, Chad, Cameroon and Niger has killed more than 11,000 people in the last five years and displaced around two million. FSRN’s Nell Abram talks with longtime Lagos-based journalist Sam Olukoya about Nigeria’s ongoing effort to combat Boko Haram.

Nell Abram: First, an attack attributed to Boko Haram happened Tuesday at a marketplace in the northeastern city of Yola and just now reports are breaking of another in Kano? What’s the latest?

Sam Olukoya: Well, let me take it from the last one, in Kano, it’s a very crowded market. An explosion occurred in the heat of trading. On the day of, I spoke with some eyewitnesses who said, the death toll will  be about between 15 and 20. In this incident, there were actually two suicide bombers, one detonated the bomb inside the market and the other one detonated his bomb just out the gate of the markets. Both attacks were carried out by teenagers. The previous attack in Yola, that’s claimed about 32 lives.

NA: There have been a number of high profile Boko Haram attacks, including the hundreds of girls abducted from a school in Chibok and the razing of an entire community in Baga town where as many as 2000 people were killed. Update us on those events, and can you place them in the context of the full scope of the Boko Haram insurgency?

SO: Well, for the past incidents, like the case of the schoolgirls, like the case of Baga where about 2,000 people were killed. I think the Nigerian government and the military, as much as possible, they are trying to look beyond what has happened in the past. The priority for them now is to actually stop this insurgency. And that is what they are doing. We’ve been reading in the past month about how much territory has been taken back from Boko Haram. And, for many of us, we are really surprised to know that Boko Haram occupied such a large territory in Nigeria. I mean, the military never asserted this in the past, but now, with their successes they are making, we are beginning to understand how much Boko Haram has done. But, then sadly, I mean when we look at the past, it’s such that there’s hardly any remedy. The 219 girls have, more or less, been missing more than a year now, and there’s no information as to where they are. So many people who have been killed, so many people who are still being held captive just like the schoolgirls. And so, it’s quite a sad situation that Nigeria finds itself in, a situation like this where you have as many as two million internally displaced people, so many people dead, so many people rendered homeless and on top of that, you have these innocent schoolgirls that have been missing more than a year now.

NA: Sam Olukoya, you mentioned the millions of people displaced by the insurgency. As territory is retaken, are they able to return home?

SO: It’s been quite difficult, addressing the plight of more than two million people. Some have tried to return home, but then there’s a high degree of insecurity. Apart from the major towns, the villages are not very safe. And I’ll say that most of those who have been displaced are from villages, which are not safe, even though the military has driven Boko Haram out of those areas. But at night, the Boko Haram insurgents will normally go there and kill whoever they find there. And many of theses stories are hardly reported. These killings go on almost every day. So this has actually discouraged people from going back home. So many of them are in refugee camps, many of them are staying with friends, some are across the border in Chad or Cameroon, and Niger. And I think that we’ve been a bit lucky here, that region where this thing happened, there are people who are not particularly interested in migration. Otherwise we would have seen something at the level we have seen in Syria and Iraq. I agree that Nigerians, a lot of Nigerians, want to go abroad, but where this insurgency is happening, the Nigerians leaving, they are not those whose culture is to travel far from home. So, to some extent, it’s been difficult coping with these people, attending to their needs. So, most times, they are just on their own, trying to survive.

NA: Boko Haram has been waging it’s multinational attempt to create an Islamic state since 2009. In April, these four affected countries joined forces to combat the militant group. Just last week, Nigerian President Buhari was in Yola where he said Boko Haram was close to defeat. How effective has the effort really been and has there been any substantive difference in strategy since President Buhari took office?

SO: Well, I think the authorities in Nigeria, and the three other neighboring countries where Boko Haram has a presence, have really done a lot in the last couple of months to combat Boko Haram. I will say that the big success has been the ability to recover quite a large chunk of territory that had been under Boko Haram occupation. And so with this increased collaboration, they have been able to starve Boko Haram of territory. And I think that many Nigerians realize now, to effectively combat this group, one of the key things you need is to take as much territory as possible from this group. And that will make it to really organize, to really get recruits. So, in as much as they’ve been starved of territory, that’s one victory.

The other victory will be the issue of these suicide bombings we are talking about. Rather than decrease, the suicide bombings have increased. And I think that is a reaction to the fact that they are losing territory, and there’s a desperation to show that they are still very, very much effective. The battle, or the war against Boko Haram, will only be completed once all the territories are taken from them, and they have no place to launch their attacks. But so long as they still have some territories under their control, I think it will be extremely difficult to say that the war is over. I agree that the Nigerian president gave the military a three-month deadline, which will expire in December, to quell the insurgency. I don’t know whether all the territories will be taken over as Baga is. But even then, so long as Boko Haram still have territories across the border, it means they can still launch attacks into Nigeria. So not until all four countries concerned have taken over territories from this group, before we can say that, ‘Yes, we’ve attained the success of defeating the group.’