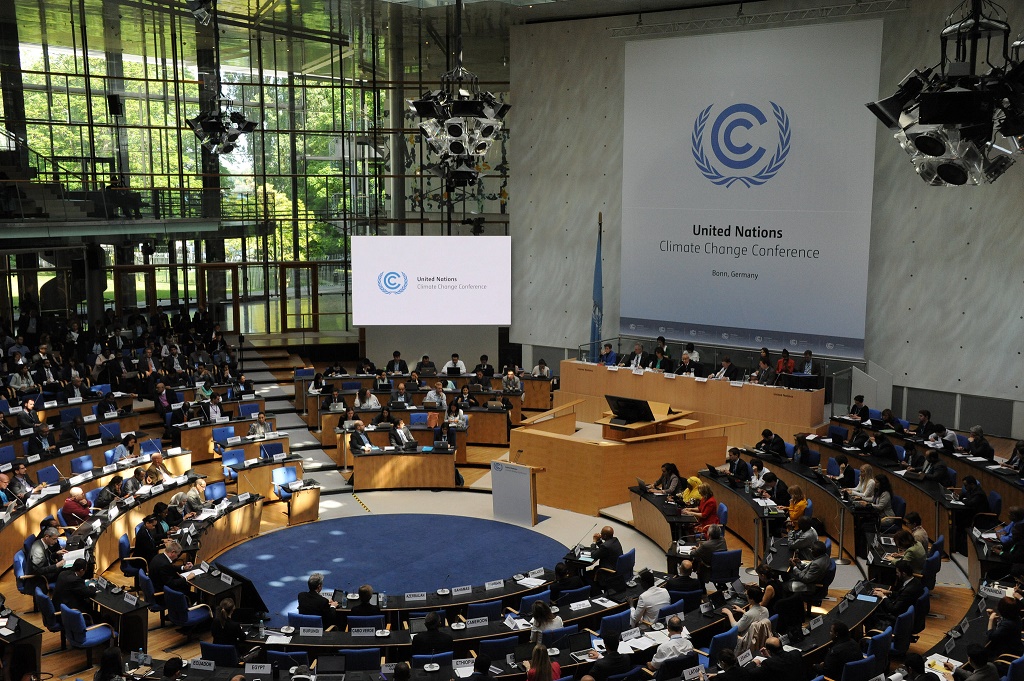 The final phase of negotiations for a global strategy to combat climate change is off to a rocky start with developing nations accusing the richest nations – and the United States in particular – of hijacking the process. Nearly 200 nations are meeting in Germany this week for the home stretch of talks before world leaders meet next month in Paris. FSRN’s Jacob Resneck explains.

Delegates are in the city of Bonn to finalize a pact for world leaders to sign next month in France. But on the first day of meetings, developing countries in the so-called G-77 – which includes China – are balking at the draft put together following the last round in Geneva. The root of their anger is a 20-page document that had been slimmed down from the original 90 pages of proposals each country had worked on earlier this year.

The 20-page text now in front of the delegations was prepared by the co-chairs from Algeria and the United States and the developing world is in open revolt.

“It is extremely unbalanced and lopsided to the extent that it jeopardizes the interests of the developing countries,” the G-77 group’s chairwoman Nozipho Mxakato-Diseko of South Africa said Monday. “We therefore concluded that the mandate given to the co-chairs was not fulfilled.”

Daniel Reifsnyder, a senior U.S. State Department official who worked with his Algerian counterpart to prepare the latest draft, admitted there was more work to do.

“Our sense from our pre-session consultations is that parties generally like the brevity, clarity and structure of the text,” Reifsnyder told the delegations. “But your happiness generally stops there.”

Delegates will now be meeting behind closed doors to try and keep the deal from collapsing before world leaders even meet.

Civil society groups have accused the developed world of trying to fix the game to their advantage and push the entire burden on poorer nations.

“This is process that which doomed to — not that it just condemns the planet, it really condemns the poor,” said Meena Raman, a campaigner from the Third World Network.

Civic groups say the 20-page draft would rewrite the rules allowing developed countries to backslide on previous commitments that had set hard emission targets and brought transparency towards emissions.

Also dropped from the new text was wording on $100 billion dollars in financing from richer nations beginning in 2020 that would help poorer countries shift to less polluting forms of energy production and adapt to unavoidable consequences of global warming such as rising sea levels.

Climate justice advocates say the language is loose and lacks enforcement, and would lead to more talk and less action.

“There’s not ambitious language around what is really the ultimate goal of this thing,” Brandon Wu, a Washington, D.C.-based analyst with ActionAid told FSRN. “There is no mention of renewable energy anywhere, if you search the whole thing, energy doesn’t show up anywhere.”

Wu says that there is mention of long-term emission targets from but such far off goals aren’t meaningful in real terms.

“Governments don’t have a whole lot of credibility in talking about a 2050 goal,” Wu said. “We need a kind of intermediate, short-term steps leading up to that goal otherwise they are basically just kicking the can down the road.”

The goal that the countries are supposed to be working toward is to limit average global warming to just 3.6 degrees Fahrenheit over pre-Industrial Revolution levels. That’s because beyond that the scientific consensus is that the results would be disastrous.

Few expect that even a binding agreement at Paris will save the planet completely. Wu says much more will be needed at the national level and international agreements like these keep climate change in the conversation.

Negotiators now have until Friday to figure out how to achieve that. Then it will be up to world leaders next month to endorse the deal in Paris and hopefully sign along the dotted line.

Editors Note: This story originally stated the new draft dropped wording on $100 billion dollars in financing from richer nations by 2020. It should have said beginning in 2020.