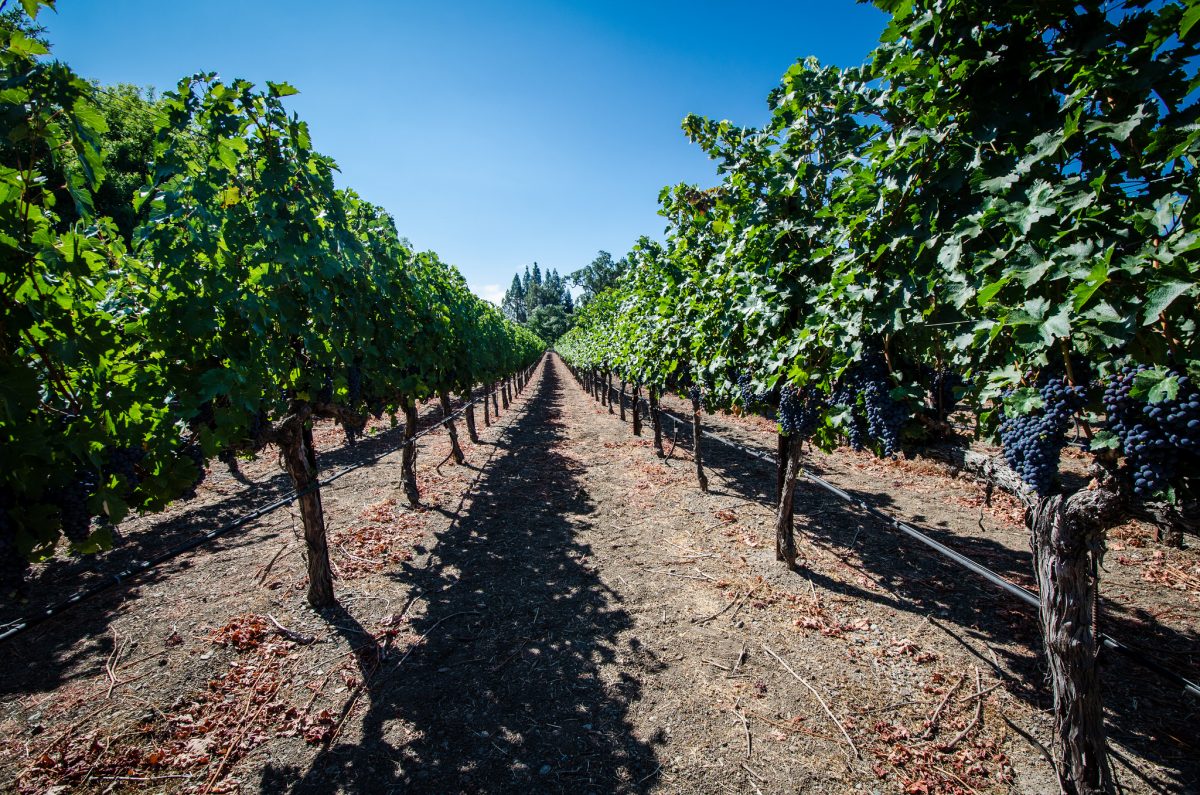 Severe droughts attributed to El Niño are affecting areas far flung around the world; from India to Venezuela to Namibia. In developing nations, major droughts  devastate domestic agriculture and compromise food sovereignty. In wealthier nations, agronomists and other scientists have been noticing changes in harvest times for at least one crop in particular: wine grapes.

Now researchers report that climate change is the number one contributing factor to early wine grape harvests in France,  confirming a pattern seen by winemakers around the world. Some point to the study as an indicator that warming patterns are affecting biological and agriculture systems across the world. FSRN’s Karin Argoud reports.

A recent study published in the journal Nature Climate Change finds that since 1980 the earth’s warming temperature has been the main cause of early wine grape harvests across France, and is affecting wine production across the globe.

Ecologist at Harvard University and study co-author Elizabeth Wolkovich says the scientists used French records dating back hundreds of years to examine what key factors contributed to very early harvests before and after 1980.

“What we found was that temperature was a very strong driver. Upwards of 75 percent of the variation year to year is due to temp. That was consistent whether we were asking that question in the 1600s or the 1980s, or even 10 years ago. What changed was drought,” Wolkovich explains. “We found that drought was a very important driver of the timing of harvest before 1980, but with climate change we don’t see that drought is predicted or correlated with the timing of harvest across France now.”

Wolkovich says the sensitivity of wine grapes to climate change makes them a strong indicator of what could happen with other key crops on a warming planet.

“What it means is how fundamentally humans have altered the climate system. And I do think that, with climate change, the least of your concerns 50 to 80 years from now will be the variety planted in Bordeaux,” Wolkovich points out. “We going to have a lot of other impacts to think about.”

Sosa is busy in the vineyard pulling off extra shoots that have sprouted on the grape vine. He demonstrates this process, called suckering, explaining that it’s “so the vine grows faster and for better quality grapes.”

At Ehlers Estate, an organic biodynamic winery in Napa Valley, vineyard manager Francisco Vega is driving a fork lift and moving wine barrels. Vega says he hasn’t noticed a big change in harvest dates, but that there is definitely less spring frost.

“The winter is warmer, usually we have really cold days especially on April, but now we don’t have any frost, nothing,” says Vega. “That’s the only notice I see on the vines, that we don’t have those cold mornings like years ago, five, six years ago.”

But in Sonoma, at Ravenswood Winery, assistant winemaker Antonia de Heinrich, says that their harvests have definitely been two weeks early for the last three years, and it has affected the winemaking process.

“Yes, we are definitely seeing climate impacting our timing of harvest and trying to get the wines ready and out so we can bring more fruit in. And it also revolves around labor planning, so, get people in earlier and cut them loose earlier too,” de Heinrich explains. “Definitely the wine industry needs to be more proactive about recognizing that global warming is real and that we hopefully are not too late to counteract it.”

Professor of management and wine business at Sonoma State University Liz Thach says winemakers all over the world are seeing the same phenomenon: harvest times that come at least two weeks early. And this new study, says Thach, is telling growers what they already know: “I was just in Australia for harvest a month ago and I talked to one winemaker there and he told me in 43 years of harvesting grapes and making wine, he’s never seen harvest this early,” recalls Thach. “And he said if you don’t believe global warming is happening, come to the vineyards.”

Thach compares wine grapes to the proverbial canary in the coal mine of agriculture.

“The grapes are telling us earlier than maybe some other agriculture products that we need to watch out. It’s really important that people wake up and notice this is happening,” says Thach. “And I think there have been some positive steps. I know here in California, we have the California Sustainable Winegrowing Alliance, and a lot of the wineries and vineyards are getting certified. And basically what we are doing is looking at ways to conserve water, to conserve energy, to recycle, to use less petrochemicals in the vineyard, more organic kinds of practices.”

While all of these measures are helpful, Thach says the question remains: What’s going to happen 50 years from now without large-scale changes to the status quo?

Climate experts predict warming could force cultivation of certain varieties of wine grapes to move out of the regions that made them famous.

No one yet knows whether many species or entire ecosystems can survive such rapid changes, and the same almost certainly goes for wine grapes.