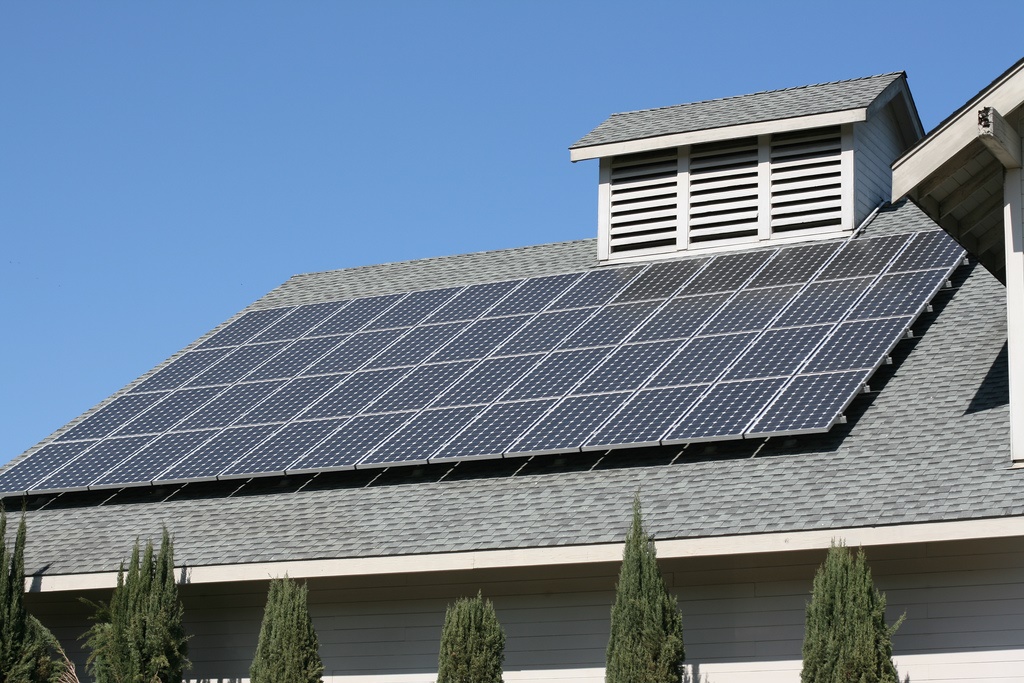 Florida is known as the Sunshine State but it lags behind many other states in producing solar energy.  One reason is that the state’s legislature set up a legal   roadblock that requires residents to buy electricity from utility companies. Restricting consumers to the big utility companies shuts out competition that could offer homeowners affordable access to otherwise expensive rooftop solar photo-voltaic arrays.  Florida is one of only four U.S. states with similar restrictions and clean energy advocates are trying to change that.

FSRN’s Seán Kinane spoke with Susan Glickman, the Florida Director of the Southern Alliance for Clean Energy, about efforts to open up Florida’s solar energy market though a ballot initiative the counter-efforts to block it.

Susan Glickman: Florida has great potential for solar power. In fact, we have the greatest solar potential east of the Mississippi [River]. But we don’t have much solar [power installed] in Florida because of the influence of the big monopoly electric utilities. They have stifled solar through their political contributions at the state legislature so our policy doesn’t allow for it. We are one of only four states where the law expressly prohibits the third-party sale of electricity.

Seán Kinane: But there’s an amendment that could be on the Florida ballot next year that would encourage solar power. What is that amendment like and what effect might it have?

SG: That’s right. Because the Florida Legislature won’t give us the kind of policy that would allow solar power to flourish in the Sunshine State, a group of very diverse citizens have come together. It’s a real collection of people from the political left and political right under the banner of the Floridians for Solar Choice. So we have the Tea Party network, the Christian Coalition, Conservatives for Energy Freedom as well as business groups like the Florida Retail Federation and the Florida Restaurant Lodging Association and more traditional advocacy groups for clean energy like the Southern Alliance for Clean Energy and Greenpeace and Sierra Club.

So they’ve come together to propose a constitutional amendment that would allow for third parties to come into Florida and sell you [solar-generated] electricity. It’s a very common financing model around the country. And a solar company will come in at no up-front cost, put solar on your roof and they’ll lock you into a price and sell you that solar electricity at a price less than you’re paying to your monopoly utility.”

SK: If that gets on the ballot and it’s passed by sixty percent of Floridians then it would become part of the Florida Constitution. But there’s this competing amendment. What would that be?

SG: That’s right, we’ve been having so much success in bringing such a cross-section of people together and we’ve been gathering the signatures – it’s a rather onerous process, which we can go into in a minute – but because of the success we’re having, these big monopoly utilities which have enjoyed these captive consumers that they have. The utilities love to build big power plants because the more they build, the more capital expenditures they make, the more profit they make because they get a guaranteed rate of return. So they don’t want to do energy efficiency, they don’t want to do solar. They don’t want to sell less energy any more than McDonald’s wants to sell less hamburgers.

So in order to confuse people they set up their own initiative. And it’s the oldest political tool in the book to trick and confuse people. They call their initiative Consumers for Smart Solar. There are no consumers involved in it; it’s a whole grouping of hired guns and front groups that the utilities and their allies like the Koch Brothers are funding to make it harder for us to gather signatures, to make it harder for us to raise money and in general.

So, their initiative would do nothing but enshrine current law in the state constitution. And Dr. Phil has this saying, he says, ‘How is that working out for you so far?” So we have not done well with solar in the state of Florida. So no one who wants to advance or see solar flourish would want to enshrine in the constitution current law. So they’re trying to confuse people. They’re trying to suggest that this is a better path for consumers; it’s just not so.

But solar is incredibly popular. And when we have tested the message of what Solar Choice will do — which is to allow an outside company to come in at no up-front cost, put solar on your roof and sell you the electricity — we get support for that in the 80 percentile range. People really, really want to see solar. I think it’s just intuitive in Florida to take advantage of the fuel that we have. We send $50 billion or more each year, every year, out of state to buy fuel from elsewhere, to buy coal, to buy natural gas. If we would keep those energy dollars right here in our own state, supporting local communities, creating local jobs and the opportunity to save money because the cost of solar has come down so exponentially that really building utility-scale solar is cheaper than building a new natural gas plant.

SK: Who are some of the companies that are opposed to increasing the amount of solar production in Florida?

SG: Yeah, really big companies, actually, in fact, the largest utility in the country is Duke Energy and Duke Energy is a big player in Florida and they are one of the utilities contributing. The other one is probably the biggest opponent of all is a company called Florida Power & Light. They’re the biggest utility in Florida and their parent company, which is NextEra [Energy], is the largest wind and solar producers in the country. And they compete in 26 states around the country and they don’t allow for competition in their own state because they’ve got a captive audience. And right now they have plans to build four more new natural gas plants. And remember what I said before, these big utilities want to make big capital investments because they get a guaranteed rate of return. And it’s in the ten- to eleven-percent range. And I don’t think there are a lot of people getting a guaranteed ten or eleven percent rate of return on their money.

They’re trying to build a 515-mile [natural] gas pipeline, that’s Florida Power & Light’s parent company. Duke Energy has bought a 6-and-a-half percent position in this pipeline. So it’s all about building this infrastructure — these power plants, these pipelines, these transmission lines – because then they will get a guaranteed return for decades. And Florida consumers are captive customers and they’ll be paying for power plants that we don’t need for many, many years to come while the utilities keep them from putting solar on their roof. They’ve gutted the energy efficiency programs in the state of Florida. And meanwhile our regulators and the Florida lawmakers stand by and watch this happening because of the tremendous influence of these companies.

FSRN’s Seán Kinane spoke with Susan Glickman, Florida Director of the Southern Alliance for Clean Energy. Before the Floridians for Solar Choice amendment can be placed on next year’s ballot, they need nearly 700,000 certified signatures of registered Florida voters. And the language of the amendment must be approved by the state Supreme Court to make sure it covers only one issue and is not misleading. The Court heard arguments in September and their decision is pending.