Veterans of U.S. drone warfare go public with concerns about the program 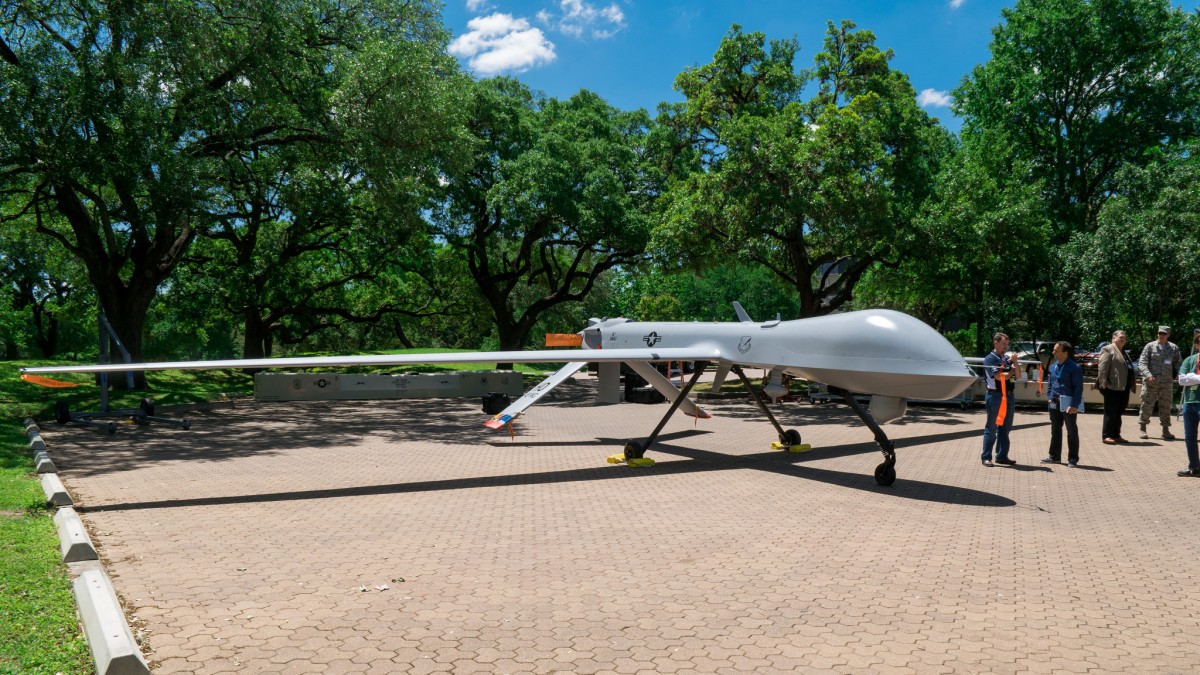 The U.S. drone program is driving terrorism and global destabilization. That’s according to four former drone program staffers who are going public with their experiences as both operators and trainers in the controversial unmanned aircraft program. They say drone warfare is rife with intelligence weakness, largely inaccurate and counterproductive. FSRN’s Nell Abram has more.

“You can’t buy me, you can’t buy my soul, you can’t buy my conscience,” says Senior Airman Stephen Lewis, at a Thursday press conference in New York, explaining why he turned down a nearly $100,000 reenlistment bonus offer, opting instead to leave the drone program. The other three U.S. veterans refused similar offers.

In an open letter to President Obama, the four say that in light of the attacks in Paris – they can no longer remain silent about what they call “the devastating effects of the drone program” both overseas and in the U.S. They say terrorist organizations use civilian deaths caused by U.S. drones as a powerful and successful recruitment tool. And in addition to gross waste, mismanagement and abuse of power – they charge the administration with lying to the American people about the effectiveness of the drone program.

“Enemies aren’t always enemies, a military age male is 12 years old,” points out Senior Airman Cian Westmoreland worked on the technical end of the drone program. He explained that two of three intelligence variables required to authorize a drone strike are fraught with weaknesses.

“When you have human intelligence and imagery intelligence, that human could be lying, Oftentimes there are people who are just out to get money. And if you have imagery intelligence and signals intelligence it’s very possible that whoever your target is might have traded out their SIM card on the black market. And this happens quite often, they are pretty wise to it,” Westmoreland explains. “So there’s always the off chance you could end up targeting someone who is totally innocent and of course that’s usually not countered, that’s usually confirmed as an enemy kill.”

Staff Sergeant Michael Haas, a former instructor in the U.S. drone program, says that the operation has taken a dramatic shift away from its intelligence gathering origins under the George W. Bush administration and toward the targeting killings and ‘signature strikes’ used during President Obama’s tenure. Haas says that training for predator missions has shifted the mentality of drone operators.

“It’s not going to do any good to have somebody with that blood lust in there,” Haas explains. “They have to understand that this isn’t a video game, and when you fail – when you kill the wrong guy – it’s not a checkpoint and you reload and start over again. Those people stay dead.”

Sergeant Haas says he was reprimanded for failing students with overly aggressive and detached approaches. He also described excessive off-shift alcohol use by his colleagues and even on-shift use of newer drugs that don’t show up on screenings, like bath salts and synthetic marijuana.

The former instructor recounted some of the terms commonly used when discussing children in the cross-hairs of the remotely piloted aircraft, including “fun-sized terrorists.”

“Other ones were TITS – terrorists-in-training. Other lingo and slang we used would be ‘cutting the grass before it grows grows to tall,’ ‘pulling the weeds before they take over the lawn,’” recalls Haas. “It was just anything you could do to remove their humanity, and in the process you lose your own humanity.”

Attorney Jesselyn Radack represents national security and intelligence whistleblowers. According to Radack, prior to going public, the four former drone operators all tried to voice their concerns through internal channels, but were unsuccessful.

“Amid an unprecedented crackdown on whistleblowers, these four drone operators are taking an enormous risk to speak openly about one of America’s most secret, dark programs, Radack says.

Thursday’s public statements come just weeks after The Intercept published an extensive exposé on the UAV program called “The Drone Papers” based on whistleblower provided documents.

U.S. officials regularly describe the covertly operated drone program as a highly effective, surgically precise method of modern warfare…assertions that veterans of the program are now publicly disputing at the risk of potentially serious legal repercussions.