Florida considers a bill that would regulate fracking, but preempt and overturn local bans 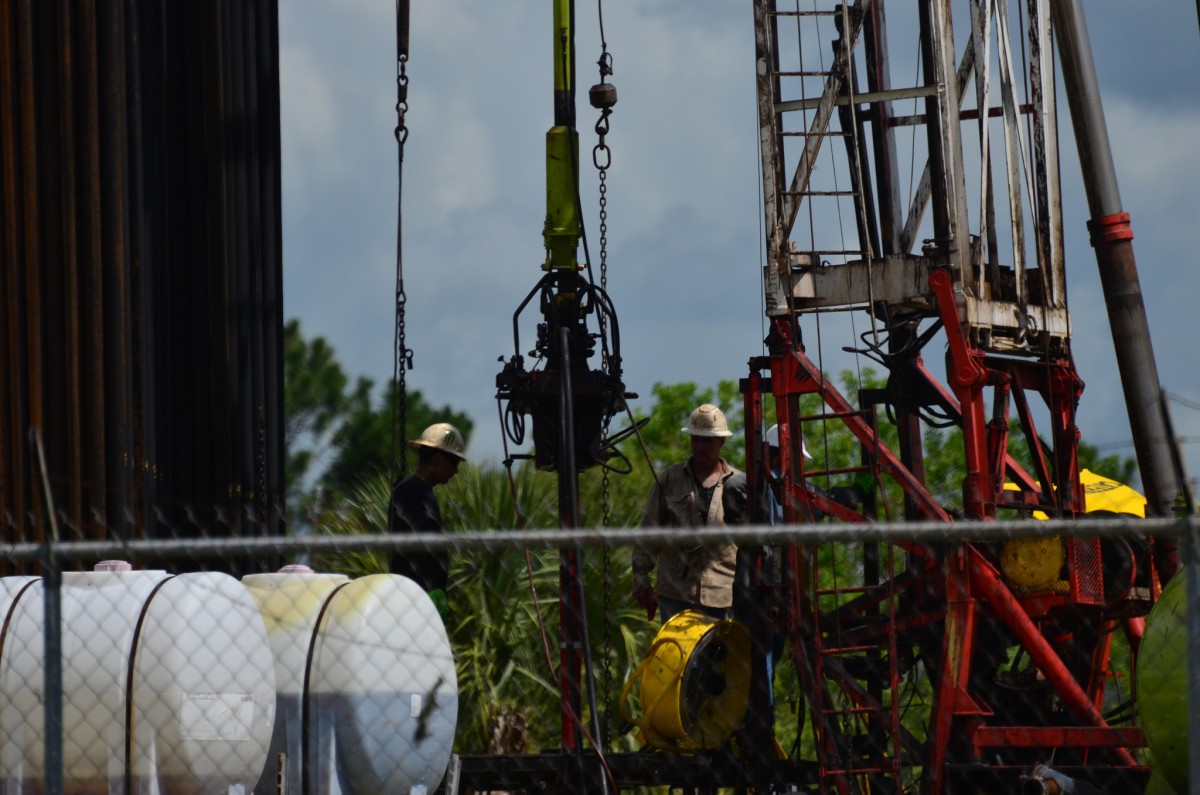 Florida is a state you don’t normally think of when it comes to fossil fuels – but the Legislature is considering a bill to regulate fracking. FSRN’s Seán Kinane reports, it’s not surprising that environmentalists want to derail the bill, they are opposed to fracking altogether. Business groups and fossil fuel companies are welcoming the measure even though it would mean new regulations for their industry, perhaps because it would strip local governments from banning the practice.

Much of the Florida peninsula is made of porous limestone and there are few oil or gas reserves. But two years ago a company surprised environmentalists in Southwest Florida. Karen Dwyer, an activist with the Stone Crab Alliance in Collier County says the Dan A. Hughes Company drilled near the Everglades and used acid and chemicals to help fracture the rock at a site called the Hogan Well.

“This was right in the Corkskrew Swamp sanctuary watershed. It was fracked by Dan A. Hughes [company] over New Year’s Eve in 2013,” explains Dwyer. “The state issued a cease and desist order when they found out about it, but they didn’t have enforcement power so they couldn’t actually stop that from continuing.”

The reason the state doesn’t have enforcement power is there are no laws allowing the Florida Department of Environmental Protection – the DEP – to regulate fracking in Florida. Not yet. Bills are working their way through the state House and Senate to study and regulate fracking. The House sponsor is Ray Rodriguez, a Republican from Collier County.

“The status quo has us in a position where technology has exceeded our statutory regulations. Under existing regulations fracking can occur in this state without a specific permit issued for this activity by DEP,” says Rodriguez. “All a company has to do is to come in, apply for a conventional drilling permit and then at a later time notify DEP via workover notice that they’re going to frack. And then DEP has to accept that, there’s nothing that can be done beyond that, statutorily. And so it’s my belief that we should have a specific permitting process for this activity here in the State of Florida and that was the genesis of this bill.”

Rodriguez pitched his bill this month to the House Agriculture and Natural Resources Subcommittee, where it passed 9-4 along party lines. Before the vote, there was overwhelming opposition during public testimony — 35 residents opposed the bill. One was Rich Templin from the Florida AFL CIO. He said the broad membership of his labor union coalition voted to oppose fracking and this bill.

“A cross section of Florida directed us to oppose this legislation. I was surprised at first, but I guess I shouldn’t have been considering that 17 counties and almost 40 cities have passed resolutions against these drilling practices, many in districts represented by folks on the committee,” Templin says. “Now, we’re being told that we should welcome this bill because it brings a regulatory framework where none exists, that there are many experts on environmental regulations that can speak to that. But what else is in the bill? Well, lines 82-91 tells our members – the folks that directed us to be here today – that there’s no way they can take local action to protect their families and their communities.”

The bill as written would create statewide rules for fracking and override any local regulations or bans put in place by cities or counties. That means that municipalities would not have power to decide what industry practices are — and aren’t — acceptable in their communities. Moreover, it’s not clear what precedent a state-wide override could have on local regulations in any number of arenas. The lobbyists for the local communities, the Florida Association of Counties and Florida League of Cities, said they were working with the bill’s sponsors to address those concerns.

“We don’t believe as an industry that we want to just do more studies, but if it will satisfy – which I don’t think it will — many of the folks who do not want our operations to exist, not here, not anywhere,” says Mica. “And if they would just say that that would be fine. But you can’t just keep moving the ball. Because the studies keep showing on both sides of the aisle that we do a pretty darned good job. And it’s transformed America. It’s made us an energy-producing nation. It’s showing up in the prices for your constituents at the pumps. It’s making a difference. And I appreciate that question and we have a very good record with regard to water quality in that regard.”

But a Tallahassee doctor, Ronald Saff, who is a member of the Florida Chapter of Physicians for Social Responsibility counters that the kinds of jobs fracking will bring to Florida might not be the ones Mica has in mind: “There’s increased endocrine hospitalizations, hospitalizations for heart problems, urologic hospitalizations, skin problems. Sure, I think fracking will create jobs, I’ll give it to Mr. Mica and some of the others. But look at those jobs. I think there’s going to be an increase in grave diggers, morticians and funeral home directors.”

Florida Democrats have sponsored bills to ban fracking outright, but they haven’t seen the light of day in committee in the Republican-controlled legislature. If the fracking regulation bills continue to advance, the full House and Senate may get a chance to vote during Florida’s regular legislative session, which begins in January.