Stopping Shell in its Tracks: Washington state communities say no to oil trains 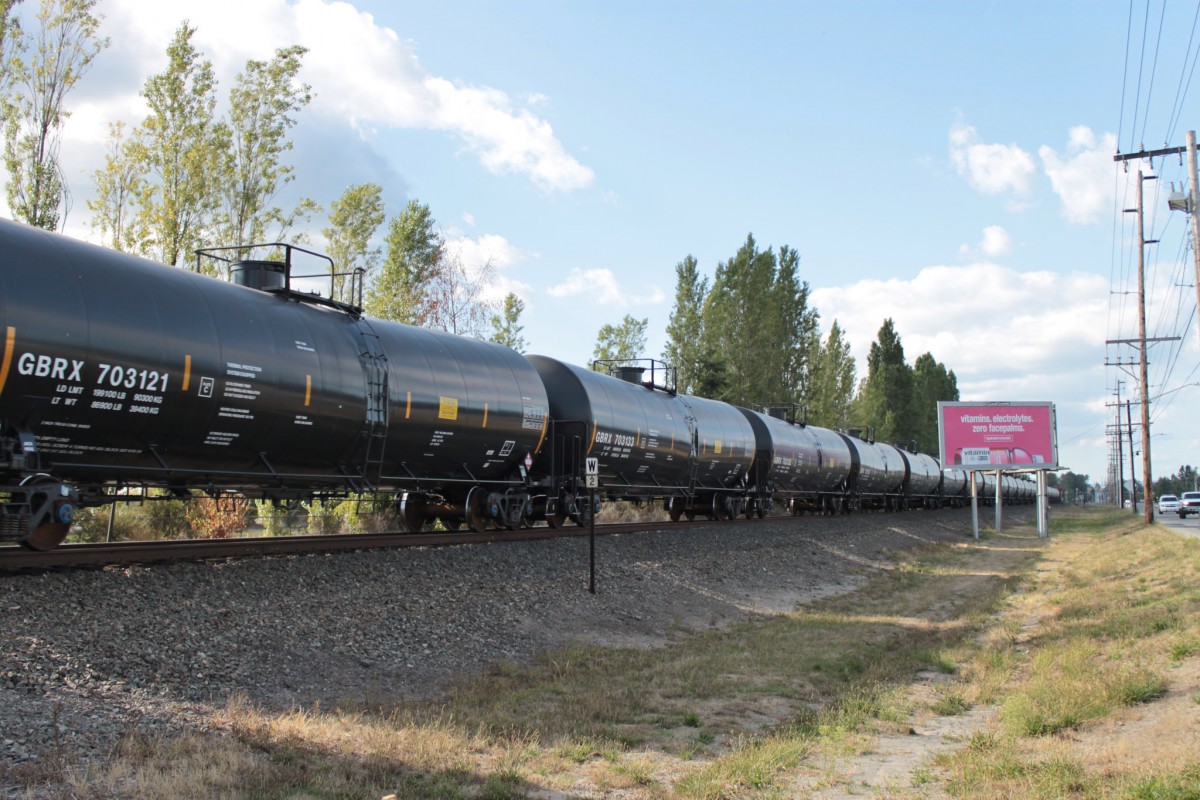 “Shell No!” is again a rallying cry for environmentalists in Western Washington committed to derailing the oil giant’s plans to build a rail spur for its Puget Sound refinery. Years of derailments and explosions throughout North America combined with Shell’s use of the Port of Seattle as a home port for its Arctic drilling plans, spurned a new coalition, Stand Up To Oil, Communities Fueling Change. The coalition is posed to stand up to threats posed by rapid and dramatic changes in oil transportation while working to improve safety measures for oil currently traveling through the region. FSRN’s Martha Baskin has more from Seattle.

Royal Dutch Shell’s proposal to transport some 60,000 barrels of crude a day by rail from the Bakken shale fields to the coast of Washington state, has renewed concerns about what many have dubbed, “moving time bombs.”

Fifteen oil-by-rail terminals are either proposed, under construction, or already operating in the Pacific Northwest. If all reach operational capacity, 100 oil trains – some up to a mile in length – will run through the area every week.

After years of derailments and a deadly explosion that killed 47 in Canada two years ago, environmentalists in Western Washington succeeded in delaying Shell’s proposal by getting the state and county to conduct an environmental review, a first for an oil refinery in the state. Timothy Hahn was among the local residents who spoke at a recent public hearing.

“The trains have all kinds of inherent problems,” says Hahn. “They have derailment dangers and they’re carrying a troubling cargo, but it’s a place for us to pinch off the entire big picture.”

Hahn and others are asking the state to look at the cumulative impacts of moving oil by rail – health, environmental, safety – as well as short and long term climate consequences of burning and shipping fossil fuels.

Hydraulic fracturing, or fracking, in the Bakken shale formation of North Dakota and Montana has swamped the capacity of pipelines and trucks to carry the crude to market. As a result, the nation’s rail lines are picking up the slack, sometimes at the expense of commodities like wheat and apples, that rely on rail to get to market.

Between 2005 and 2013, the amount of oil traveling by rail from the Bakken increased nearly 40-fold, according to the U.S. Association of American Railroads. Today, more than 6 out of every 10 barrels from the Bakken is hauled to refineries by rail. A sizable portion goes to Washington, because it’s cheaper than sending it to the East Coast or even California.

De Place says if there’s a battery pack fire on an airplane the FAA grounds the planes until the problem is fixed. If there’s an air bag deployment problem, the transportation department recalls the cars or forces the manufacturer to recall.

“But the oil train industry can initiate explosion after explosion in cities all across North America and the response is ‘well , we’re going to get around to phasing these out over some period of years’ and if you really look at the details we’re never going to stop forcing you to use them at all,” de Place says.

De Place points to a suite of federal laws that allows the railroad industry to skirt regulatory accountability and transparency mechanisms required for other methods of transportation. States like Washington, Minnesota, California and others have noted difficulties in getting the Federal Railroad Administration to answer their information requests.

A McClatchy investigation found that state officials in New York, Pennsylvania, Ohio and others had received no updated train reports since June of 2014.

A new state law in Washington requires the Federal Railroad Administration to notify cities, counties and fire departments before an oil train comes their community. But due to wrangling over just what type of oil cargo requires advance notice, the system is not yet fully functional.

In the meantime, the oil trains keep coming. Back at the public hearing for an environmental review of Shell’s proposed rail spur, Jill Mangalimam with Got Green waits to testify, The non-profit promotes a green economy for low-income communities of color.

“This is very much our reality today from coal trains to oil trains,” Magalimam points out. “These entities are still coming through our communities, communities of color, low income communities, through the international district, south park, people are being impacted today.”

Mangalimam supports leaving fossil fuels in the ground and says proposals to increase oil trains are not the answer.

“And, so, if we are serious about taking care of people’s lives and our communities, we really need to drastically stop these trains,” says Mangalimam.

A draft Environmental Impact Statement on the proposed rail spur is expected in the spring when public comments will again be considered. BNSF Railway, the railroad that serves most of the Northwest, is also fending off a lawsuit filed by the Swinomish Tribe. The lawsuit seeks a permanent injunction prohibiting BNSF from shipping Bakken crude across the tribe’s Skagit Valley reservation.

Shell is also actively lobbying to lift the three-decade-old export ban on US crude. In an email, company spokesperson, Ray Fisher said, “as a company that owns businesses along the crude oil value chain, we remain sensitive to all sides of this debate. However we believe policies that help match supply with demand are beneficial to government, industry and consumers, alike.”

If the export ban is lifted, it could create even more economic pressure to expand the transportation of crude to coastal refineries positioned to supply foreign markets.

The House of Representatives voted to lift the ban in early October. It’s now the Senate’s turn to consider the measure.