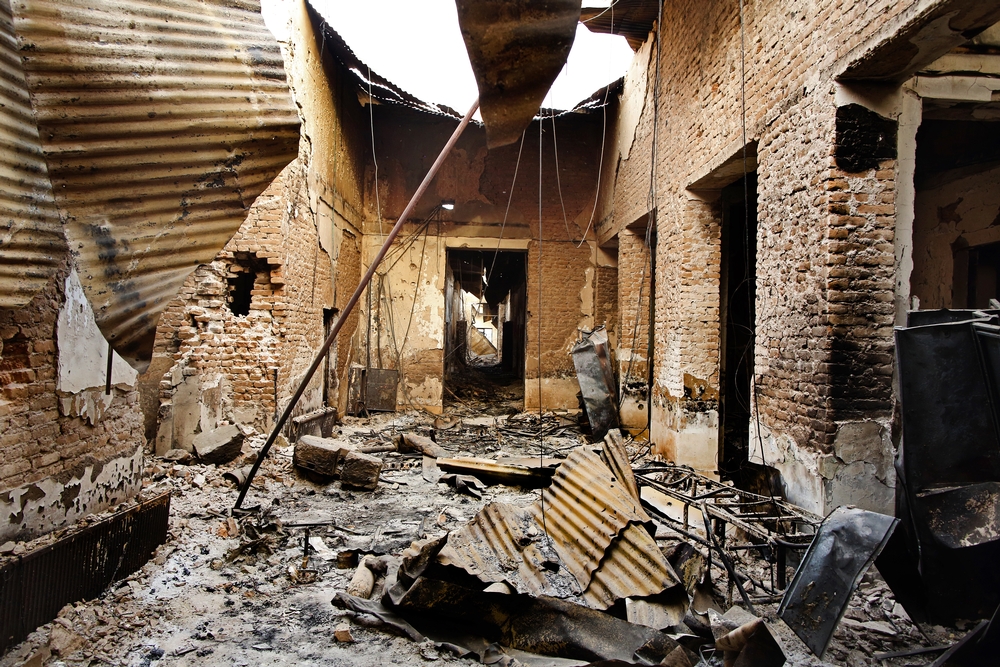 Rubble left over from the Oct. 3, 2015 airstrikes on the MSF hospital in Kunduz. (Photo credit: Andrew Quilty/Oculi via msf.org)

The U.S. military said this week the October bombing of a Doctors Without Borders hospital in Afghanistan was the result of human error and equipment failure. Nell Abram has more.

Afghan Operations Commander General John Campbell said Wednesday that two probes of the attack – one by the US military and the other by a NATO/Afghan partner combined civilian casualty assessment team, or CCAT, were consistent.

“Based upon the info learned during the investigation the report determined that the proximate cause of this tragedy was the direct result of avoidable human error, compounded by process and equipment failures,” said General Campbell.

Among a litany of errors and failures recounted by General Campbell, communications equipment failed on the aircraft that conducted the strikes – leaving video, email and instant messages out of service:  “According to the report, one minute prior to firing the air crew transmitted to their operation headquarters at Bagram airfield that they were about to engage the building. They provided the coordinates for the MSF trauma center as their target. The headquarters was aware of the coordinates of the MSF trauma center had access to the no-strike list – but did not realize that the grid coordinates for the target matched a location on the no-strike list or that the aircraft was preparing to fire on the hospital. This confusion was exasperated [sic] by the lack of video and electronic communications between the headquarters and the aircraft.”

Further, once MSF notified U.S. forces that they were under attack  it took 17 minutes for the military to act.

In a statement,  MSF said the catalog of errors detailed in the reports “illustrates gross negligence on the part of U.S. forces and violations of the rules of war.” Earlier this month, MSF General Director Christopher Stokes described the attack on the hospital when the organization released their own internal investigation findings.

“Our hospital was razed to the ground in wave after wave of attack from the air. We lost our ability to treat patients at a time when we were definitely needed the most in Kunduz,” said Stokes. “Thirty of our patients and medical staff are confirmed dead. Some of them lost their limbs and were decapitated in the explosions. Others were shot during the airstrike while fleeing the main building, the burning building. And we were forced to leave patients to die on the operating table and others burning in the intensive care beds.”

MSF is still calling for an independent probe of the attacks. The International Humanitarian Fact-Finding Commission has offered their services, but cannot proceed without permission from the U.S. and Afghanistan. The body was established by the Geneva Conventions to investigate violations of international humanitarian law. The commission has existed on paper since the 1990s but has never been used.