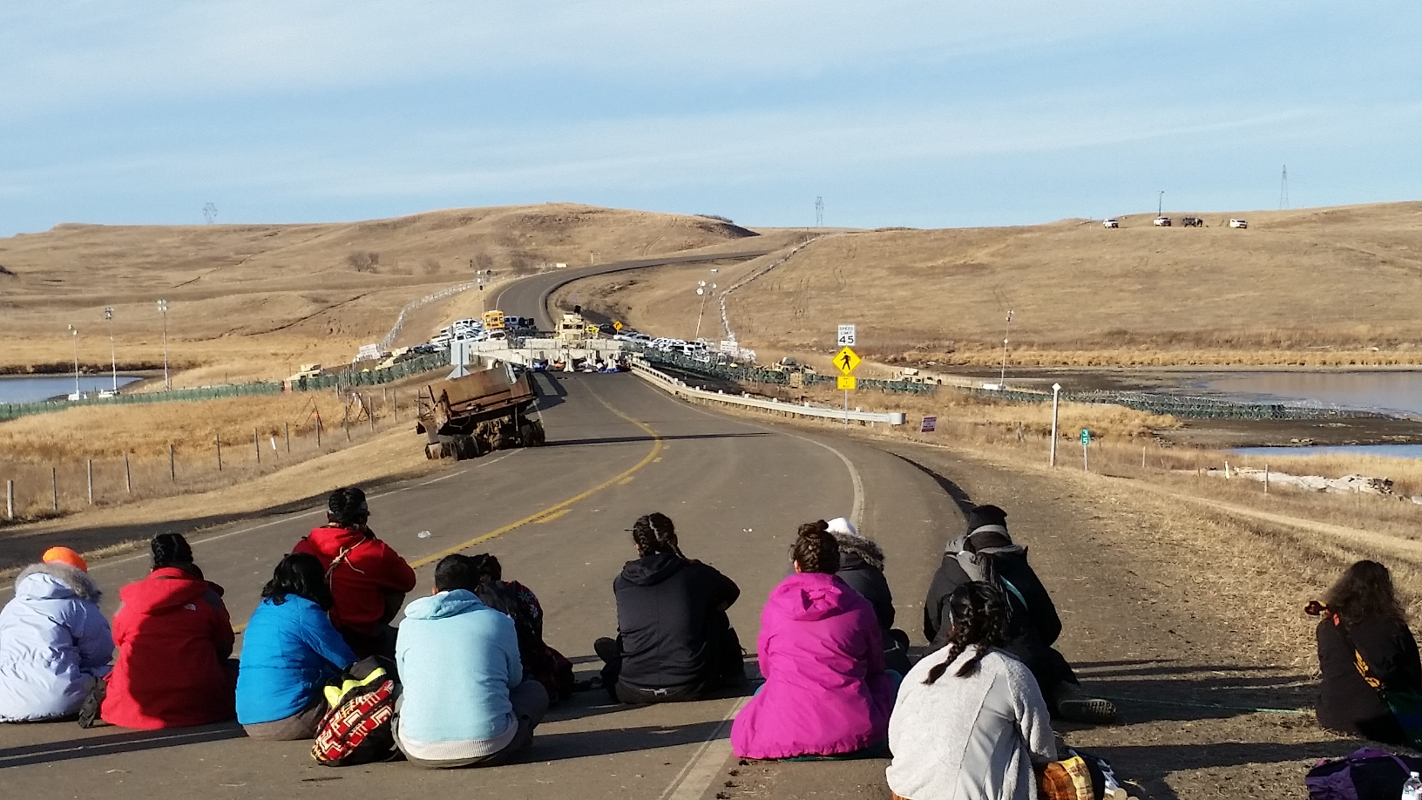 Hundreds of U.S. military veterans are beginning to arrive at the Oceti Sakowin encampment near the Standing Rock Sioux reservation. Nell Abram has more.

The veterans plan to act as human shields for thousands of indigenous, environmental and land rights activists who have flocked to the  North Dakota camp from around the United States to stand in the way of construction of the Dakota Access pipeline, which is slated to cross the Missouri River near the reservation. Temperatures are dropping below freezing and both the Army Corps of Engineers and Governor Jack Dalrymple have told water protectors to vacate the camp, citing harsh weather conditions and challenges to emergency responders.

Among the veterans self-deploying to Standing Rock is Hawaii Representative Tulsi Gabbard.

“The impact of the Dakota Access pipeline is clear. Energy Transfer Partners, the company that’s constructing the Dakota pipeline, has a history of serious pipeline explosions which have caused injury, death and significant property damage in the past decade,” said Rep. Gabbard in a speech from the floor of Congress Thursday. “The future operator of the planned pipeline, Sonoco Logistics, has had over 200 environmentally-damaging oil spills in the last six years alone, more than any of its competitors. Protecting our water is not a partisan political issue, it is an issue that is important to all people, and all living beings, everywhere. Water is life. We cannot survive without it. Once we allow an aquifer to be polluted, there is very little that can be done about it. This is why it is essential that we prevent our water resources from being polluted in the first place.”

The Army Corps of Engineers says it has no plans to forcibly remove pipeline opponents but will still close public access to the land on December 5 and those who remain do so at their own risk.