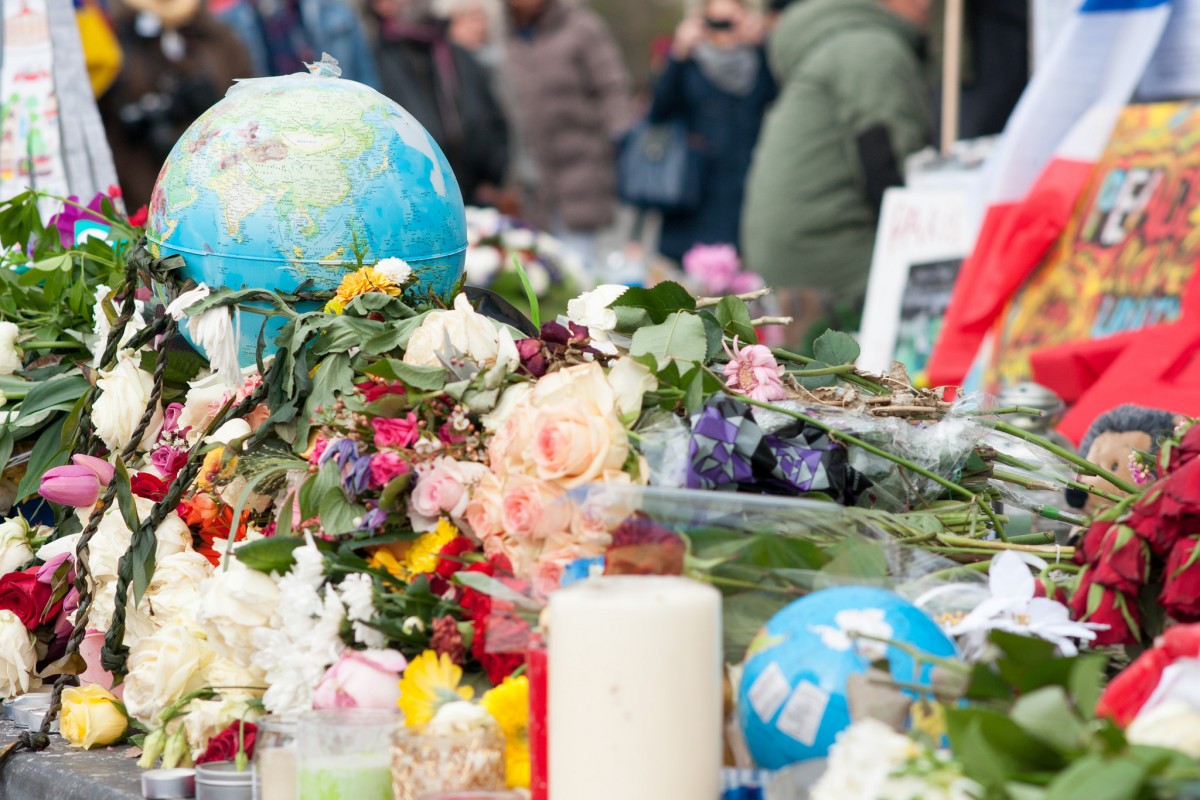 For the past two weeks, tens of thousands of people have gathered in Paris for the 21st meeting of the Conference of the Parties to the United Nations Framework Convention on Climate Change – generally known as COP21. The deadline for an agreement has come and gone, and talks continue into the weekend.  For more than twenty years, world leaders have been unable to agree to a binding deal to address climate change. Wednesday night, a draft agreement was made public that whittled the contentious points down from 900 to about 300. Thursday night, COP President Laurent Fabius presented another proposal taking the outstanding issues down to less than 50 central points still up in the air. Reaction to from climate activists was swift – they said the drafts won’t do enough to prevent climate catastrophe. FSRN’s Nell Abram spoke with Earth Island Journal former fellow Kelly Benjamin in Paris.

Nell Abram: First, Kelly, the negotiations have spilled over into the weekend – what can you tell us about the sticking points?

Kelly Benjamin: The sticking points are that the vulnerable countries are demanding that these talks go by the ‘polluter pays principle,’ that rich industrialized nations that are historically responsible for creating this problem of climate change, that have benefited from extracting fossil fuels from the ground and have economies based on fossil fuel consumption, that they do more to, number one, reduce their own emissions than the developing nations, but also do more to assist the nations that are impacted the worst by climate change, and that they provide more financial assistance and more help for nations that are going to be reeling from the effects, and many of them already are.

NA: And how have industrialized nations responded to the call that the polluter pays?

KB: They’ve created, the U.S. and several of these countries, what they’re calling this ‘high ambition coalition.’ It’s sort of like when the U.S. invaded Iraq, they said, ‘Well, we have this broad coalition.’ Well, they have 100 countries, but it’s really just 15 countries that are, you know, fossil fuel nations, that are the core of this coalition and they use it as a diplomatic tool to get what they want and to try and and get larger commitments from other countries, and then commit to less reductions in emissions themselves. We’re seeing that challenged left and right and so it’s going to be interesting to see the final text outcome tomorrow morning.

NA: Where do human rights, indigenous territorial sovereignty and gender equity fall in the  drafts and is there any enforceability with respect ensuring those rights?

KB: Well, it’s a good question. Indigenous groups here have been lobbying hard to have their considerations taken into account in the final text, but the reference in the latest draft talks about the rights of indigenous people being respected when taking actions across the planet. You know, much of the resource extraction is taking place on indigenous lands globally. That reference was bracketed, meaning it was contentious. It could be removed from the final draft. That’s something that people here are paying close attention to.

NA: Kelly Benjamin, what about de-carbonization goals? Has the fossil fuel industry had significant input?

KB: I think the fossil fuel industry always has significant impact and input on these talks, whether it’s directly or indirectly. We know that, simultaneous to these talks here in Paris, Republicans at home in Washington, D.C. are pushing hard to lift the ban on oil exports, which means extracting and selling more oil. I think much of Congress is dead set on trying to veto anything that comes out of these talks that the U.S. commits to. And we know that the important thing that people are really discussing here is these international trade agreements, the TPP and the TTIP, which is a deal between Europe and the U.S., and these deals are being pushing largely by fossil fuel companies, like Exxon and Chevron, so they can expand their markets. And these deals are really used when governments come to sane policy, when it comes to reducing greenhouse emissions and trying to push to lower carbon, and to move to renewable energy. These agreements serve as legal basis for these companies to sue governments and to try and maintain the status quo and continue business as usual. And so there’s an awful lot of input coming from the fossil fuel industry on these issues and it’s highly contentious here.

NA: What’s happening in the streets given the state of emergency in France – how are voices not at the tables making themselves heard?

KB: Outside the conference, I can tell you right now I just left the Climate Action Zone, which is sort of a counter-summit that is taking place in Paris with climate justice activists from all over the world, who have come here to voice concerns and to the really seek to pressure nations gathered here to lay the groundwork for something that shouldn’t be as radical as it seems, but the creations of a post-carbon economy that keeps fossil fuels in the ground, it stops polluting the atmosphere and saves the planet. You know, because of the November 13th attacks, there’s been a state of emergency in Paris, where they have largely outlawed demonstrations, they’ve outlawed protesting, a lot of the groups canceled, the march that was supposed to take place at the beginning of the COP was canceled, many of the climate justice activists have been placed on house arrest, houses have been raided. So there’s a general sense of a police state here; police have much broader powers than they had before the attacks and there’s a lot of paranoia in the air. Despite that, there was a large gathering yesterday at the activist hub, where folks are planning on doing a major demonstration tomorrow, on Saturday. The big one that is being planned, whether it’s permitted or not, and I think there’s still negotiations that are taking place, is going to be right at the Eiffel Tower at 2 p.m. in Paris. And then, what they’re calling the red lines, which are groups of demonstrators that don’t have a permit, are planning another action at an undisclosed location, that’s considered to be a civil disobedience action. That’s going to be taking place tomorrow, midday.

Kelly Benjamin is a former fellow with Earth Journalism News. He spoke with Nell Abram from Paris.