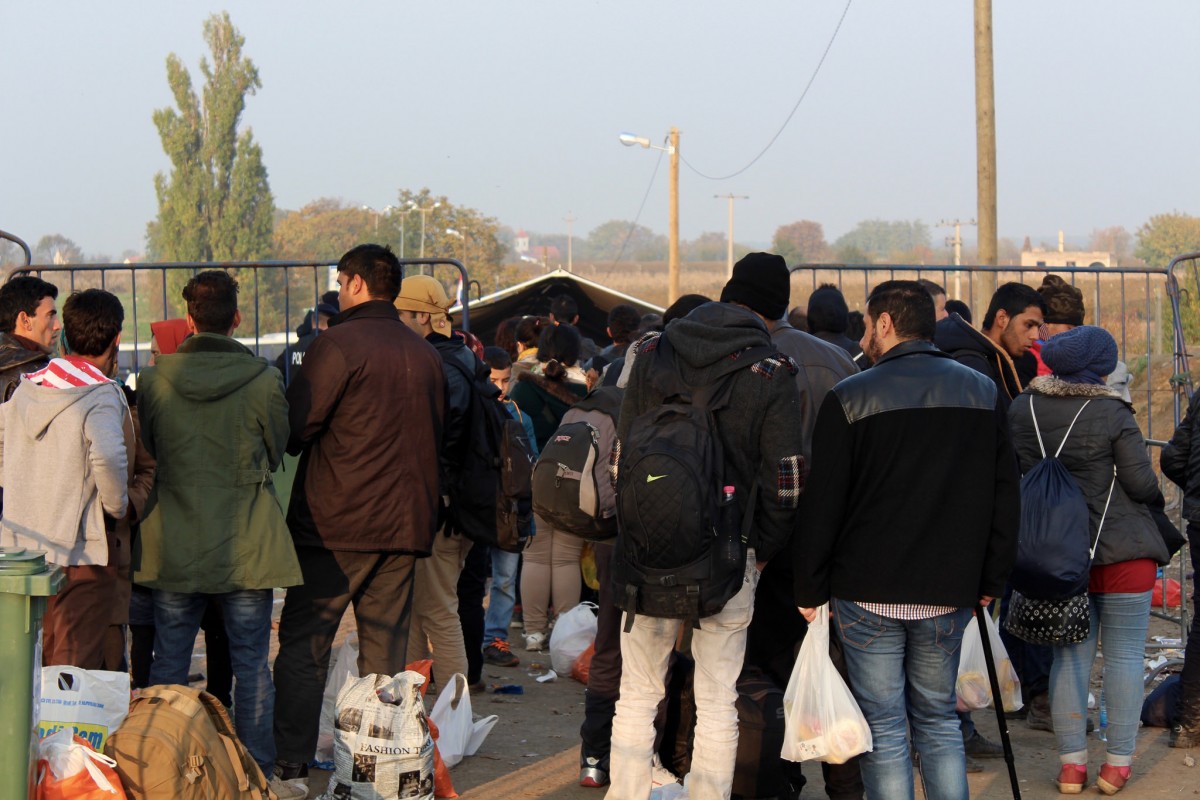 Refugees wait at the border crossing between Serbia and Croatia, where thousands of refugees travelled daily on their journey to safety in Europe. (Photo credit: Meabh Smith/Trócaire via Flickr / Creative Commons)

This week the European Union unveiled a plan to create a European Border and Coast Guard Agency with a 1,500-strong rapid reaction force at its command.

European Commission Vice President Frans Timmermans said the new force would be available to intervene when a member state itself was unable to control its own borders.

“In such rare cases, the agency itself must be able to quickly step in and assume the management of that specific part of the shared external border,” Timmermans explains.

That’s far from hypothetical. Greece and Italy have for months been overwhelmed by the tens of thousands of migrants arriving by land and sea – mostly by sea – escaping the war-torn Middle East and poverty and criminality in Africa. Patrols by national coast guards have rescued tens of thousands crossing in small dinghies. More than 3,600 people have died this year trying to cross the Mediterranean.

The plan is also controversial as the new border agency would answer to Brussels and not be beholden to the governments of the countries where it would operate. Even as the European Commission assured the European Parliament that member states’ sovereignty would be respected, it left no question who would have the final say.

That will certainly lead to a sovereignty debate between countries nervous about having a paramilitary force on its soil but not under its command. Poland, Sweden and Greece have already expressed reservations.

The proposal also comes amid documented rights violations of refugees at the hands of national authorities and so far this plan does little to address that.

“There are a lot of abuses that are happening at the borders and there wasn’t any accountability at all,” Maria Serrano, a migration researcher with Amnesty International in Brussels, says. “So what we would like to see is respect for the right to asylum at the borders but also accountability, because human rights violations for the moment remain unchallenged and under impunity.”

The new agency would also have an arm dedicated to stepping up deportations of those who fail to qualify for asylum.

This comes on the heels of the EU granting $3.2 billion dollars to Turkey to stem the outflow of migrants, mostly Syrians and Iraqis. Those numbers have fallen but Amnesty International has also documented rights violations by Turkish security forces which have rounded up refugees and deported them to active war zones in Syria and Iraq.

A final decision on the new border agency isn’t expected until later this month. In the meantime, the winter weather has not dampened the determination of tens of thousands of people making the journey seeking safety and a better life.