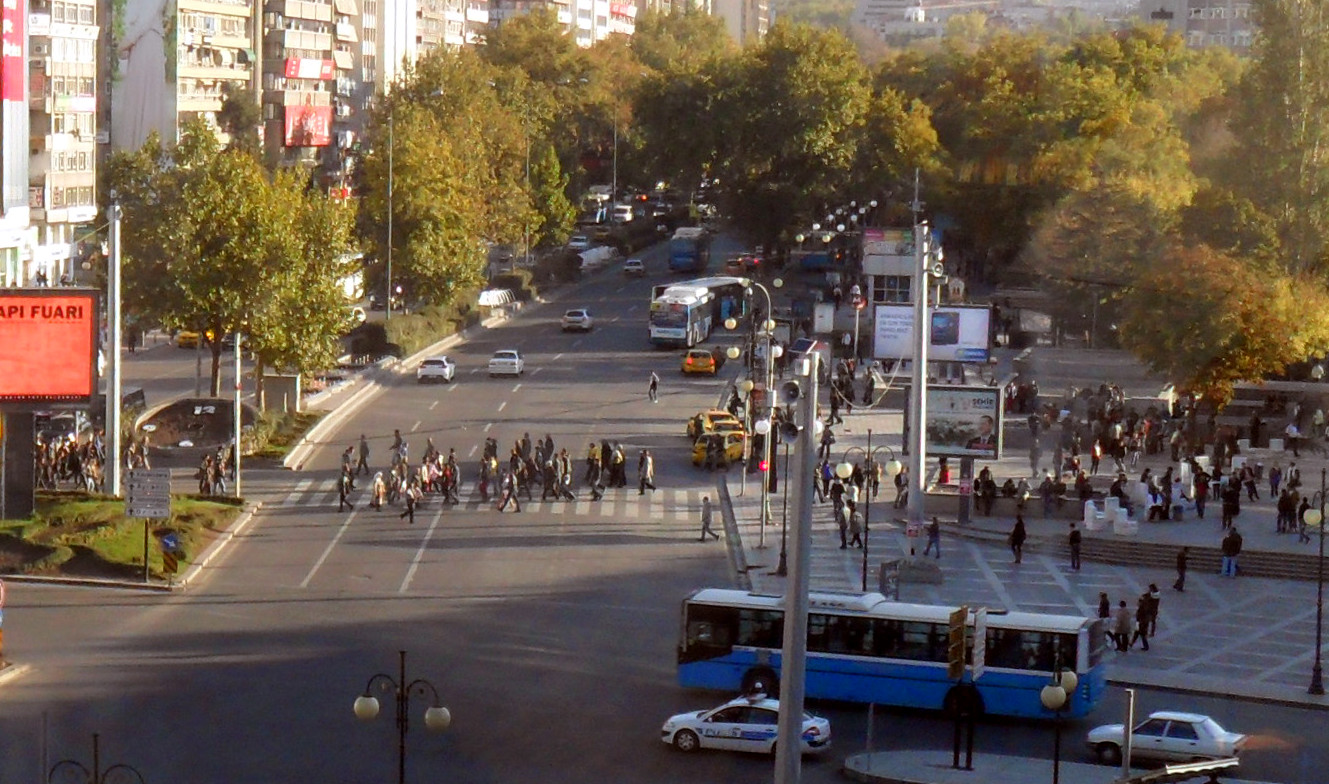 Turkey launched air raids against Kurdish targets inside of Iraq today after a bombing attack killed dozens of civilians in Ankara on Sunday. It’s not entirely clear if Kurdish groups are even linked to what is now the second bombing in the Turkish capital in less than a month, but what little information is trickling out about the incident is under the watch of government censors. Fariba Nawa has more from Istanbul.

No group has claimed responsibility yet for the Sunday night bombing in Ankara that took 37 lives and injured at least 70. But Turkey’s government is placing the blame on a couple of suicide bombers, a man and a woman, allegedly linked to the Kurdistan Workers’ Party, or PKK.

Turkey has been at war with Kurdish rebels in the southeast of the country since the collapse of peace talks in July and began pounding Kurdish militant positions in northern Iraq Monday in what it frames as retaliation for the attacks in Ankara.

The bombing in the Turkish capital is the second in just under a month. A radical Kurdish group that splintered off from the PKK claimed responsibility for the February 17 attack that killed 29 people, including Turkish military personnel, near a strip of government offices.

Turkey’s military offensive against its own Kurdish citizens and its involvement in ongoing airstrikes within Iraq and Syria has thrust the country into a delicate geopolitical and national security situation involving various regional actors.

While the government attempts to project an image of stability, it has imposed a media blackout on independent reporting on major incidents, like the Ankara bombing attacks. The censorship has also spread to social media, but some posts have moved faster than the censors.

A television news clip from the opposition TV station Hayat at the scene of the attack in the immediate aftermath of the bombing went viral on Facebook. In it, a man desperately searching for a missing relative, a young girl who was in the area of the bombing, angrily tells the Turkish government that their power, fight and religion aren’t worth his young relative’s life.

The evening bombing occurred near a busy bus station close to government ministries. Most of the victims were civilians heading home from work.

The worst attacks to have hit Ankara in recent months occurred in October when twin suicide bombings killed more than a hundred pro-Kurdish peace protesters. ISIS took responsibility for that carnage. The country’s ruling Justice and Development Party has vowed to stop terrorists from striking again, but focused much of its firepower on Kurdish militants.