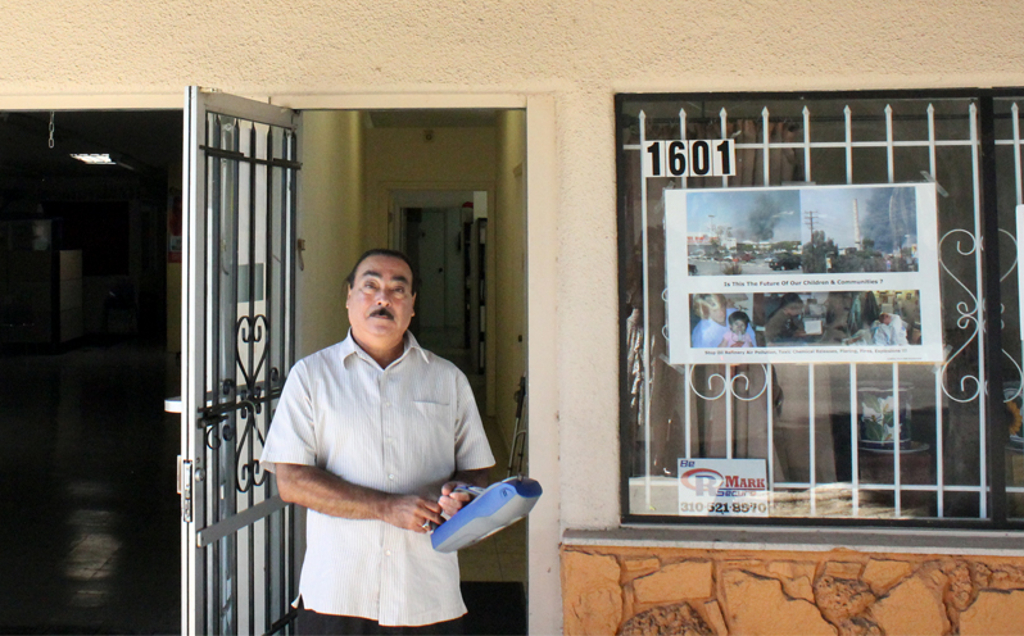 As climate change and measures to mitigate it are on the world agenda this week, House Republicans passed a pair of resolutions Tuesday to block the Clean Power Plan from taking effect. Senate Republicans passed similar resolutions in November under a rule that allows congressional representatives to intervene to stop executive actions they argue constitute overreach.

The plan, announced by President Obama in an executive action, uses regulatory tools within the Clean Air Act to make power plants reduce their carbon dioxide emissions. The goal is to cut the sector’s CO2 emissions by almost one-third by 2030.

Republicans argue the emissions cuts would be expensive, cause undue harm for industry and cost jobs. In the meantime, it’s business as usual for industrial air polluters.

In Southern California, the single biggest producers of air pollution are also the country’s busiest container ports; the Ports of Los Angeles and Long Beach. In addition to all the pollution from ships, there are also trucks and trains that move the goods from ships to locations around the county.

The surrounding neighborhoods are home to a population that is mostly Latinos and African-Americans who have found themselves exposed to elevated levels of pollution. FSRN’s Lena Nozizwe reports on an environmental group that looks to their own residents to help clear the air.

The city of Wilmington borders the Port of Los Angeles and is just minutes from the Port of Long Beach. Lifelong resident Jesse Marquez grew up seeing a lot of trucks in his neighborhood which is almost 90 percent Latino.

But it was not until he stood for a few hours on a street corner with a device that measures pollution – particulate matter to be precise – that he realized just what is in the air he breathes. Then along with some of his neighbors, he started counting —  and as many as 500 trucks drove by in just one hour.

“We were astonished, we were shocked, because we see trucks going by, but then in your mind you see three or four, or five or six. But, you never imagine it is in the hundreds until you are physically there doing it,” says Marquez. “And then you are looking at the dial being at zero and when there is no truck and then all of a sudden it reaches 10,000 particles. Then, that is worrisome.”

Numerous studies, from academia to the EPA, show that when it comes to working-class minority neighborhoods, high levels of pollution are more the rule than the exception. It’s what the environmental justice movement calls “environmental racism.”

Here in Los Angeles, yoga instructor Shonda Austin says just by breathing she can feel a big difference in the air quality in affluent communities compared to her home in South Los Angeles, which is predominately African-American and Latino.

“When I got here I can just feel the difference,” Austin explains. “You could just feel the thickness. It’s thick. It’s not as crisp, it’s not as clean. That’s the only way that I can kinda explain it. It’s not scientific. It is just thick and smoggy.”

The Center for Disease Control found that low-income minorities are most likely to live near busy transportation hubs. And the residents of the South LA community of Wilmington also share space with train tracks and the highest concentration of refineries in southern California.

That same study showed that people of color are exposed to pollution, and die because of it, at a higher rate than whites.

Jesse Marquez says locals started to connect the dots when he organized the first neighborhood meeting to talk about air pollution from port-related truck traffic, the incoming ships and the oil refineries.

“And one of the residents there says, ‘Wait a minute, I have two children that has asthma.’ Then another person says, ‘Well, I have three children with asthma.’ Another one says ,‘I have asthma.’ And another one says ‘Well, I don’t know if it’s asthma but you know my mother has COPD [Chronic Obstructive Pulmonary Disease].’ And then someone else says, ‘Well, my uncle has lung cancer.’ Then we began to realize, ‘Well, is there a relationship between the port and its operation and our residents, our community’s health?” Marquez asks.

That revelation happened years ago. Since then, Marquez started an organization in Wilmington called the Coalition for a Safe Environment. He says his organization has helped to thwart plans to expand the Port of Los Angeles, and he says the group’s efforts are forcing them to use more environmentally conscious technology.

One new pilot program in LA seeks to improve air quality by helping low income people trade in polluting older cars for electric options. But Darryl Molina Sarmiento, Southern California Program Director for Communities for a Better Environment, points out that to really clean up the air in areas like Wilmington, industries have to be on board.

“We want to push for this vision of transitioning off fossil fuels, pushing for electric vehicles, electrification of the goods movement,” says Sarmiento. “We are pushing for a zero emission freight corridor so that we can transport those goods, provide those jobs , make our economy move, at the same time keep our communities healthy.”

Community groups, including Wilmington’s Coalition for a Safe Environment, know they have a lot of work to do. The group does have support from institutions, including the University of Southern California which helps analyze the raw data collected by Marquez and his neighbors.

Marquez still monitors the the air in his neighborhood for particulates and has set up a website where residents can send documentation of pollution in their neighborhoods. “You are not going to expose my children and future generations, and I am not going to see my family, my friends and my neighbors die prematurely or suffer all of their lives,” affirms Marquez.

Marquez says he and his neighbors believe that getting environmental justice requires and active and engaged community.