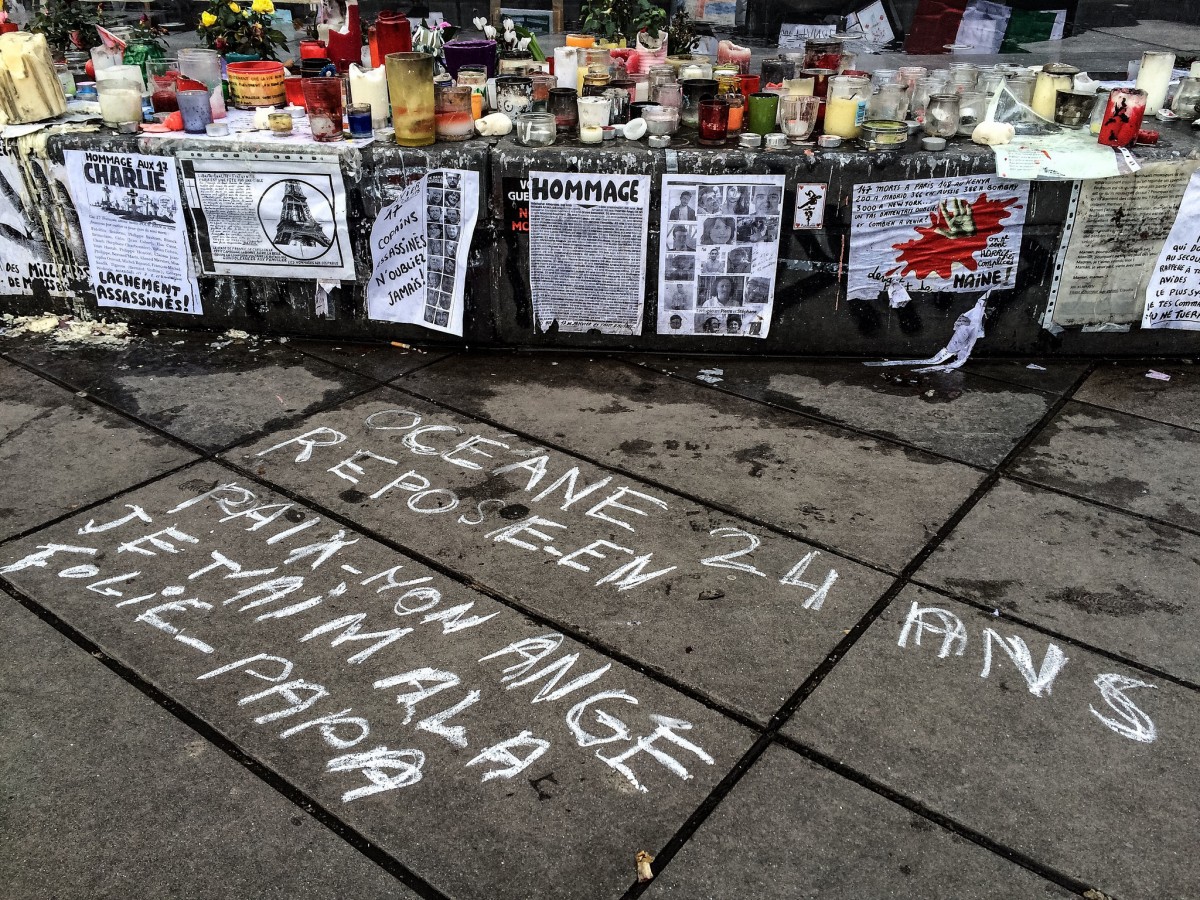 In France, a violent incident at a Paris police station punctuated the one year anniversary of the deadly Charlie Hebdo attacks. Thursday, officers shot and killed a man reportedly carrying a butcher’s knife, shouting “Allah Akbar” and wearing what appeared to be an explosive belt. A bomb squad later determined the belt was a fake.

The anniversary commemorations for the 17 victims of the attacks that included four people at a Jewish supermarket and staff at the French satirical magazine occurred amid an ongoing state of emergency.  Declared after last November’s attacks, the parliament then voted overwhelmingly to extend the original order from 12 days to three months. Lawmakers will soon consider measures to change the constitution while much of the public is still somewhat stunned. Khaled Sid Mohand reports from Paris.

Legislation proposed by French Prime minister Manuel Valls calls for the stripping of French citizenship from dual-national citizens convicted of terrorism. France is home to 3.5 million dual-nationals, most of them from North and West Africa. The draft bill is due for parliamentary debate between the 4th and the 8th of February.

Details of just how the citizenship-stripping process would work remain unclear as the legislation is still in its initial stages, but legal experts like Jan Robert Suesser of the Human Rights League warn it could have profound implications for the French Constitution as written.

“This measure is unacceptable. You just have to keep in mind how a symbol it can represent in a country, which is built of migrants; one person out of four has a grandparent which were not French,” Suesser explains.

A core principal of the French Constitution is one of equality before the law for all citizens, despite differences of race, class or religion. The sitting government now wants to amend the constitution in order to formalize exceptional powers currently granted to the executive under the state of emergency.

Judge Laurence Blisson says France already has some of the toughest anti-terror laws on the books. She worries about new powers given to the executive and the police at the expense of the judiciary.

“The law of November 20, 2015 targets suspect behaviors and we can see with this extremely blurred criteria, how a potential drift can arise such as searching houses of people because of their beliefs, the way they practice their religion, their dress code, or what their neighbors say about them,” says Blisson. “All of those are enough to be put on a list of suspects. The state of emergency grants the executive authority the power of the judiciary. What we clearly say is the rule of law, the common law procedure, is not powerless.”

House raids have already begun targeting Muslims without clearly evident probable cause. Samir Oueldi, a 34-year-old computer programmer says 30 members of a swat team came to his home one night with their guns drawn as soon as he opened the door. He says police searched his home from 10 p.m. until 4 a.m., frightening his young daughters and leaving the house a mess.

“They searched most of my hard drives and USB sticks but they didn’t touch my professional laptop. Why? If the justification for their search was terrorism, they should have searched the computer to know what’s in it,” recalls Oueldi. “I know of other stories similar to mine. Someone else who has been searched told me that he had a room full of cardboard boxes which were left untouched by the police but his library shelves filled with religious books were trashed on the floor.”

Oueldi, whose parents are Tunisian, was born and raised in France. He wears a beard and his wife uses a traditional Islamic veil. Oueldi has no criminal record and is unaware of the reasons behind the raid. He strongly suspects it was based more on his family’s Islamic dress code than on suspicion of a crime.

According to the Interior Ministry, French police have conducted around 3,000 raids thus far, charging only one man with terrorism. Twenty complaints have been filed against the French government because of the raids, most of them by French Muslims.

The climate of Islamophobia has also intensified, including the targeting of Muslim women in traditional dress for assaults and insults.

Thirty-seven-year-old Hanane Mabchour says she and other French Muslim women who use a veil have experienced an increase in street harassment.

“Since the last terrorist attacks, a lot of sisters are no longer leaving their homes alone. And if they cannot find someone to accompany them, they use taxis. I avoid returning home late. There was a time I used to do that, but I avoid it now,” Mabchour explains. “I know it sounds cliche and crazy, but I feel safe in the suburb. As soon as I see Arabs and black people, I feel relieved. When I go to downtown Paris, which isn’t often, I’m afraid. I fear middle-class Parisians. I’m actually scared of white people.”

In recent local elections, a formerly marginal party with a xenophobic platform made strong gains among the French electorate.

Thirty-six-year-old Yasser Louati, spokesperson for the Collective Against Islamophobia, believes the current government is scapegoating Muslims for political gain.

“The government is waging a war against terrorism, not to actually win it, but just to win the election and for the president to be re-elected,” says Louati. “We see now the state of emergency being applied, they’re talking about extending the state of emergency and no longer an exceptional measure, we are talking about internment camps for people labeled as radicals, we are talking about mass surveillance just as the Patriot Act was denounced by Edward Snowden, so all the excesses of the Patriot Act in the U.S. are now becoming law in France. So the losers are the French Muslim community first, but the French population as a whole.”

The Collective Against Islamophobia is one of more than 100 organizations behind a petition calling on the government to lift the state of emergency and to step back from the controversial measure about the dual citizenship.

The petition has so far gathered over 10,000 signatures, but a poll shows that 94 percent of the population supports the measure.