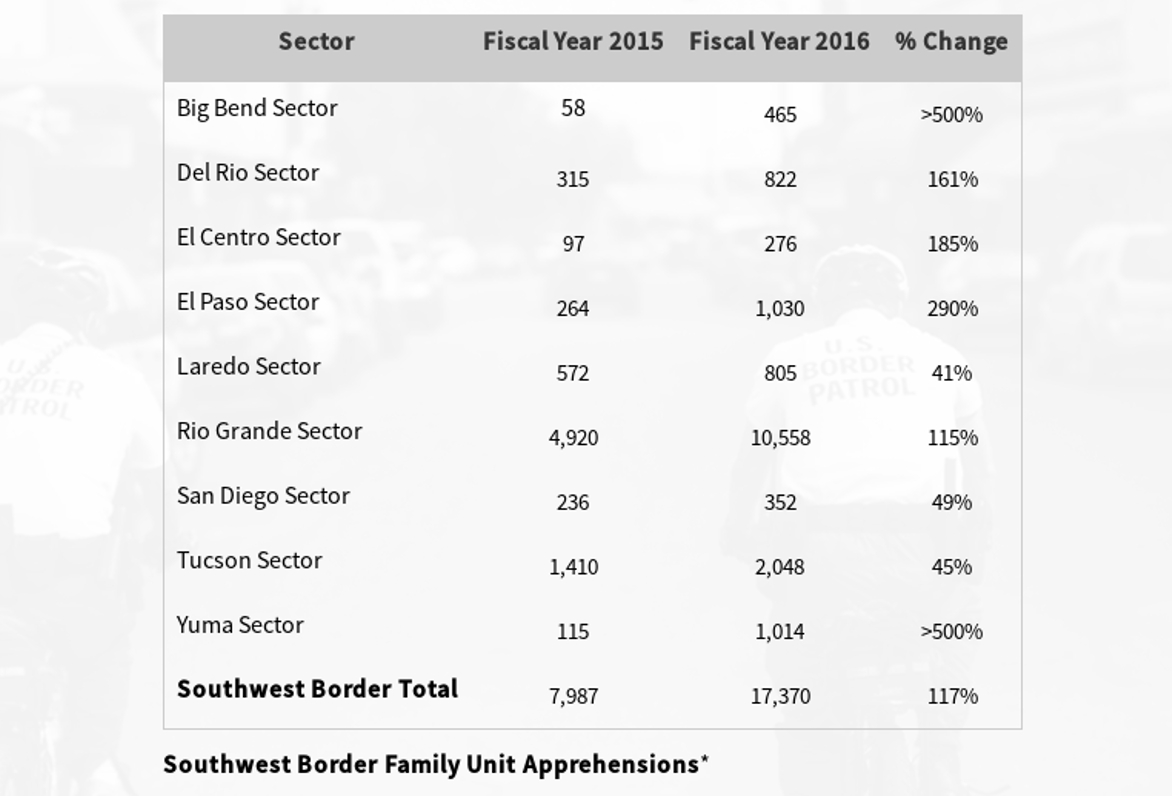 A sector by sector breakdown of apprehensions of unaccompanied children at the U.S. southwest border. (Source: Customs and Border Protection)

Just one day after the president’s final State of the Union address, the Obama administration announced plans to expand its refugee program to include processing centers in the three most violence-plagued countries of Central America. The move comes after congressional Democrats strongly criticized the administration for deportation raids targeting Central American parents with children. Shannon Young has more.

U.S. Secretary of State John Kerry announced in a speech Wednesday that the government will step up efforts to screen would-be refugees seeking to enter the U.S. from Central America’s so-called Northern Triangle.

“I am pleased to announce plans to expand the U.S. Refugee Admissions Program to help vulnerable families and individuals from El Salvador, Guatemala, and Honduras, and offer them a safe and legal alternative to the dangerous journey many are currently tempted to begin, making them easy prey for human smugglers who have no interest but their own profits,” said Kerry.

While not specified in Kerry’s speech, the New York Times reports the expanded program will seek out the expertise of the United Nations refugee agency to help screen candidates for eligibility.

It’s not the first time the administration has announced a measure for processing Central American refugees in their countries of origin. Processing centers were opened in 2014, but only children with parents living in the United States legally were eligible to apply. Even so, the government has approved only a handful of applicants among thousands.

The slow pace of the original program may have caused some applicants to give up on the process…and ineligible would-be refugees to avoid it altogether.

New data released Tuesday by Customs and Border Protection shows apprehensions of unaccompanied minors along the southwest border more than doubled in the last three months of 2015 compared to the same quarter the year before. Those of ‘family units’ rose 187%. The skyrocketing apprehensions come despite the administration’s argument that its controversial family detention policy for Central American mothers and children would have a deterrent effect.