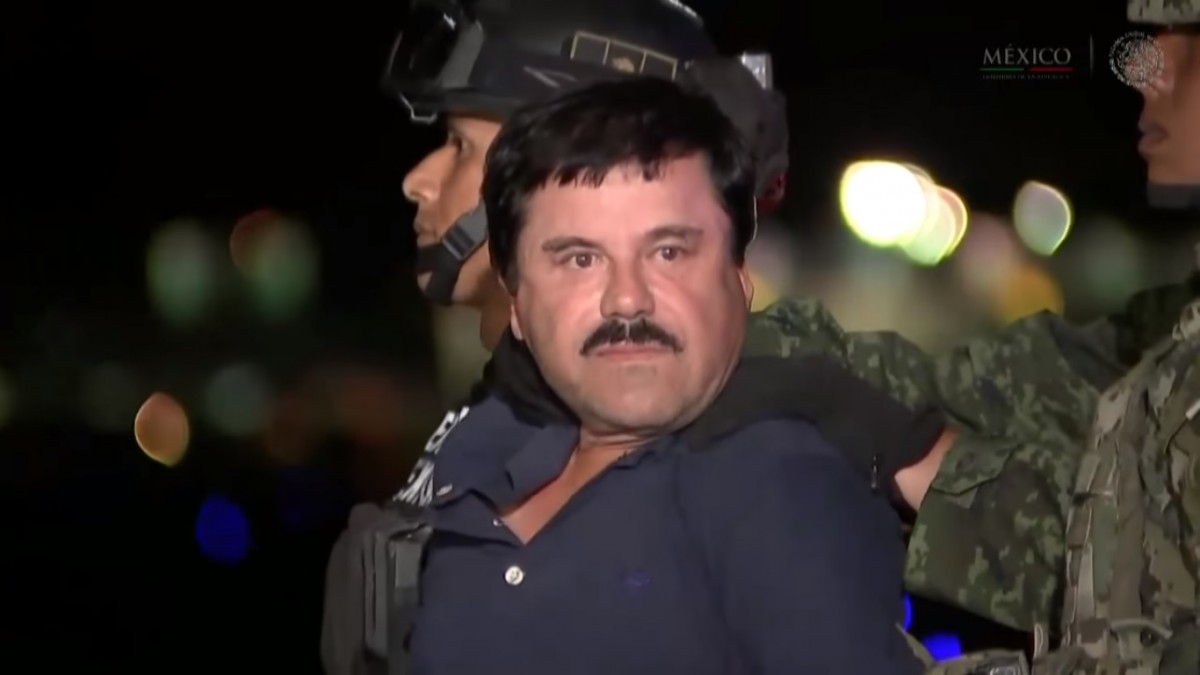 Mexico is considering an extradition request from the United States for drug lord, Joaquin “El Chapo” Guzman, who was arrested Friday. Shannon Young has more.

The third arrest of Sinaloa Cartel leader Joaquin Guzman came six months after his second escape from a maximum security prison. U.S. officials were quick to submit their extradition request this time. While Mexican authorities are considering the U.S. bid, they warn the process can take more than a year.

The arrest itself has been a top story here since Friday, with details emerging daily, maintaining public attention.

Monday morning, Mexico’s largest broadcaster, Televisa, dedicated the bulk of its flagship morning news program to the drug lord’s capture, airing what was presented as exclusive footage of a raid on a private residence in Los Mochis, Sinaloa that eventually led to the arrest.

The footage – which CNN later aired in excerpt form – appeared to be recorded by a helmet-mounted camera worn by a military official leading the raid.

At a Friday night press conference, Mexican Attorney General Arely Gomez said Guzman avoided capture during the pre-dawn raid on the house by slipping into a drainage tunnel with his security chief. She said after the pair came back up to street level they stole vehicles, which authorities then intercepted. Both were taken to a motel in Los Mochis and transferred by air to Mexico City.

One of the more bizarre twists in the story of this arrest is the role of actors Sean Penn and Kate del Castillo. Penn wrote a lengthy piece for Rolling Stone which detailed a meeting he and Del Castillo had with Guzman in October, while the cartel boss was still the world’s most wanted fugitive. Kate del Castillo is a Mexican soap opera star best known for her leading role in a telenovela called “La Reina del Sur” in which she played the head of a drug trafficking organization. Mexican authorities have expressed interest in interviewing the actors as part of a larger investigation, but may have difficulty doing so, as both actors live in the U.S.

Attorney General Gomez said that Guzman had plans to film a biopic and that one of his lawyers had contacted actors and producers for the project.

While multiple news reports suggest that Penn’s contact with Guzman ultimately led to his capture, Attorney General Gomez gave more decisive credit to government surveillance of a Guzman associate known to be a tunnel-building expert.

“In monitoring various members of Guzman Loera’s inner circle, a tunnel-building expert was identified and it was learned that this person was conditioning various residences in the states of Sinaloa and Sonora,” stated Gomez. “This led to the identification of a home in the city of Los Mochis, Sinaloa which was put under surveillance for a month. As of January 6th, non-routine movements inside of this building were noted, especially the arrival of a vehicle in the early morning of the 7th. Evidence gathered in the field and intelligence work confirmed that the criminal Guzman Loera was inside of said residence.”

President Enrique Peña Nieto and Interior Secretary Miguel Angel Osorio Chong hailed the recapture as evidence that Mexican law enforcement institutions are capable of success. But few here seem to believe the arrest will make a significant dent in either drug trafficking or consumption.