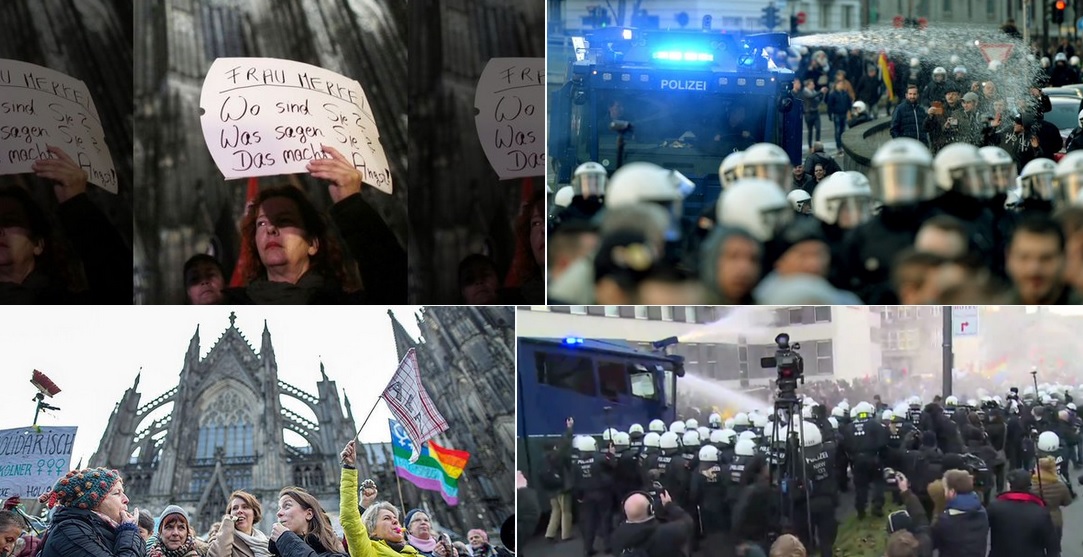 German police say migrants have been attacked in the streets of Cologne in what authorities fear could be a violent backlash against refugees.

Tensions have been especially high since New Year’s Eve, when hundreds of young women reported being assaulted – about 40 percent sexually – by mobs of young Arab men in a handful of German cities, mostly in Cologne. Police say some of the New Year’s Eve perpetrators were asylum seekers.

Hundreds turned out Friday to protest sexual assault against women at Cologne’s main railway station, an open area in the shadow of the spires of the city’s great cathedral. It was here that the country’s worst New Year’s Eve assaults were reported.

To date, more than 500 women have filed complaints saying they were harassed, groped, insulted and robbed of their valuables by as many as 1,000 young Arabic-speaking men outside the train station. So far, 31 men have been arrested, 18 of whom were newly arrived asylum seekers, police said.

A day later the mood turned darker when PEGIDA, an anti-Muslim group opposed to immigration, turned out in force. A larger, counter protest also showed up and riot police struggled to keep the two groups apart before clearing the square with tear gas and water cannons.

Fears of a violent backlash against refugees have persisted since the New Year’s Eve attacks.

On Sunday police investigated at least four serious assaults against migrants in Cologne’s city center. While officials haven’t established motive, given that attackers targeted people of Middle Eastern or African descent, the unprovoked violence raises fears that racist reprisals are at hand.

“We will do everything we can to clearly show the limits to potential criminals, and those who think they can take the law into their own hands,” Michael Temme, a senior police official in Cologne, told reporters Monday.

Sunday’s victims were Pakistani, Syrian and Guinea nationals. At least two were sent to the hospital with injuries sustained in separate attacks. Police have arrested two people, and say they are continuing to investigate.

In 2015 alone, Germany took in about 1.1 million people fleeing violence and poverty in the Middle East and Africa.