Obama takes executive action on guns; calls on Congress to do more 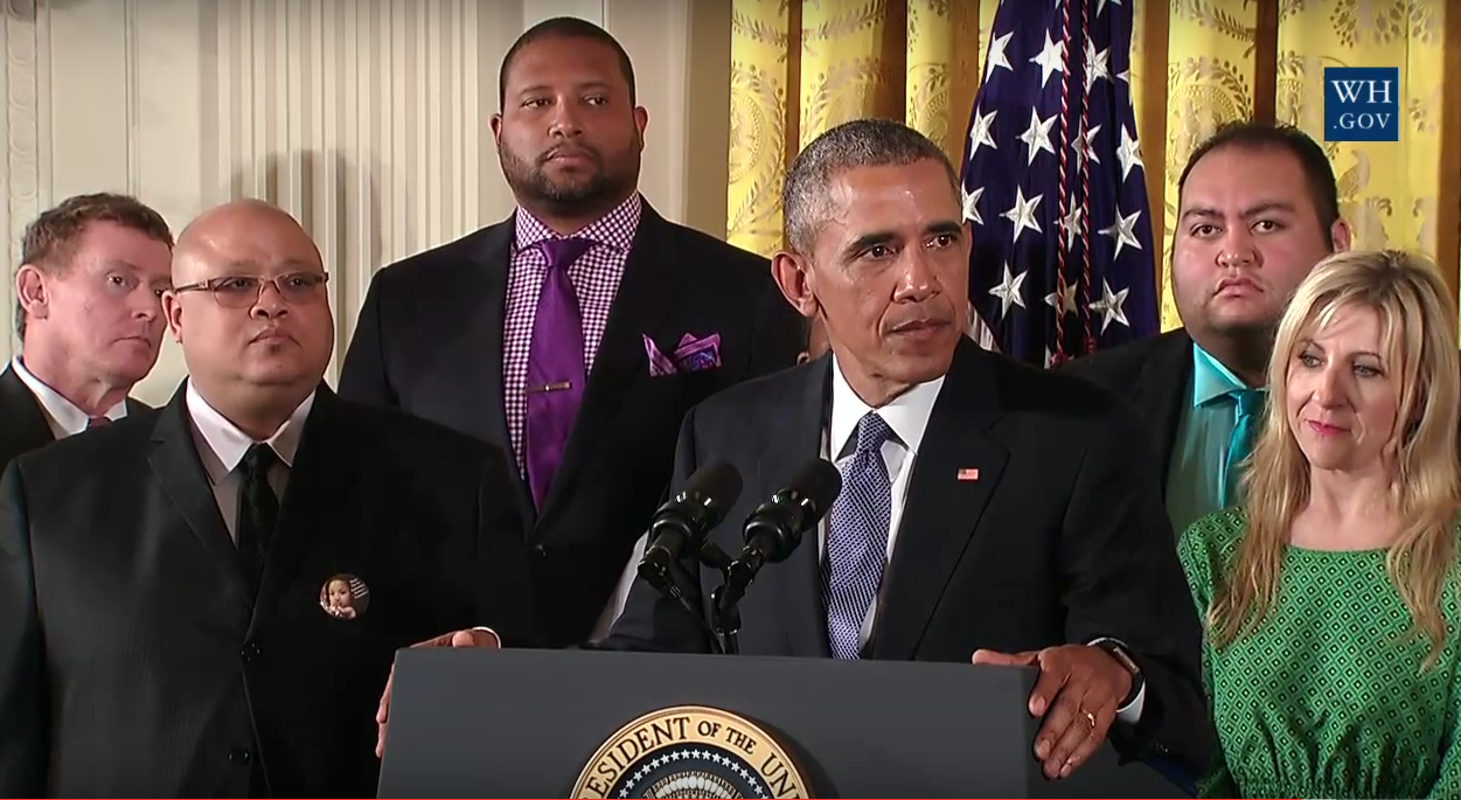 If today is like most days, about 300 people will be shot in the United States. And another 300 tomorrow. Congress hasn’t been willing to take action to reduce gun violence, so President Obama is taking executive action. It’s unclear when the various provisions of the action will take effect. Opponents say they will challenge the action in the courts and will seek to block funding for various initiatives included in the plan. But nonetheless, President Obama addressed the nation Tuesday, putting the gun issue front and center on the political stage. Tanya Snyder has more.

Republicans vowed to overturn the president’s new initiative on guns before they even knew what was in it. But Obama insists what he calls “common-sense” safety measures don’t violate the second amendment.

“I taught constitutional law, I know a little bit about this,” the president said during his remarks Tuesday.

Obama’s team has put together an action plan of things the president can do without congressional approval. Most importantly, he plans to close the notorious “gun show loophole,” which these days is an internet loophole as well. These sellers will now have to run background checks on potential buyers. And the system of approving those buyers will be beefed up with 230 new FBI examiners working literally around the clock to process background checks.

The measure also aims to improve gun safety technology, partly by encouraging the federal government — the single largest purchaser of firearms in the country — to buy so-called smart guns.

“If we can set it up so that you can’t unlock a phone unless you’ve got the right fingerprint, why can’t we do the same thing for our guns?” Obama rhetorically asked. “If there’s an app that can help us find a missing tablet, which happens to me often the older I get, if we can do it for your iPad, there’s no reason we can’t do the same for a stolen gun. If a child can’t open a bottle of aspirin, make sure they can’t pull a trigger on a gun.”

The vast majority of Americans — including gun owners — agree with stronger rules to keep guns out of the wrong hands. But the NRA has managed to block gun control legislation at every turn — even while the nation was still grieving the murder of 20 first-graders and six teachers at Sandy Hook Elementary School in December of 2012.

Mark Barden’s seven-year-old son Daniel was killed that day: “In the three years since those 26 precious lives were lost at that school, far too many more lives have been lost to gun tragedies in this country. Far too many people right now who are hearing these words are grieving the loss of a loved one to gun violence. As a nation we have to do better. We are better. We’re better than this.”

Obama was careful not to blame gun violence on people with mental illness. But some members of Congress do. So Obama says, this is their chance to “put their money where their mouth is” and approve the one part of his platform he does need Congress for: devoting $500 million dollars to improve access to mental health treatment.