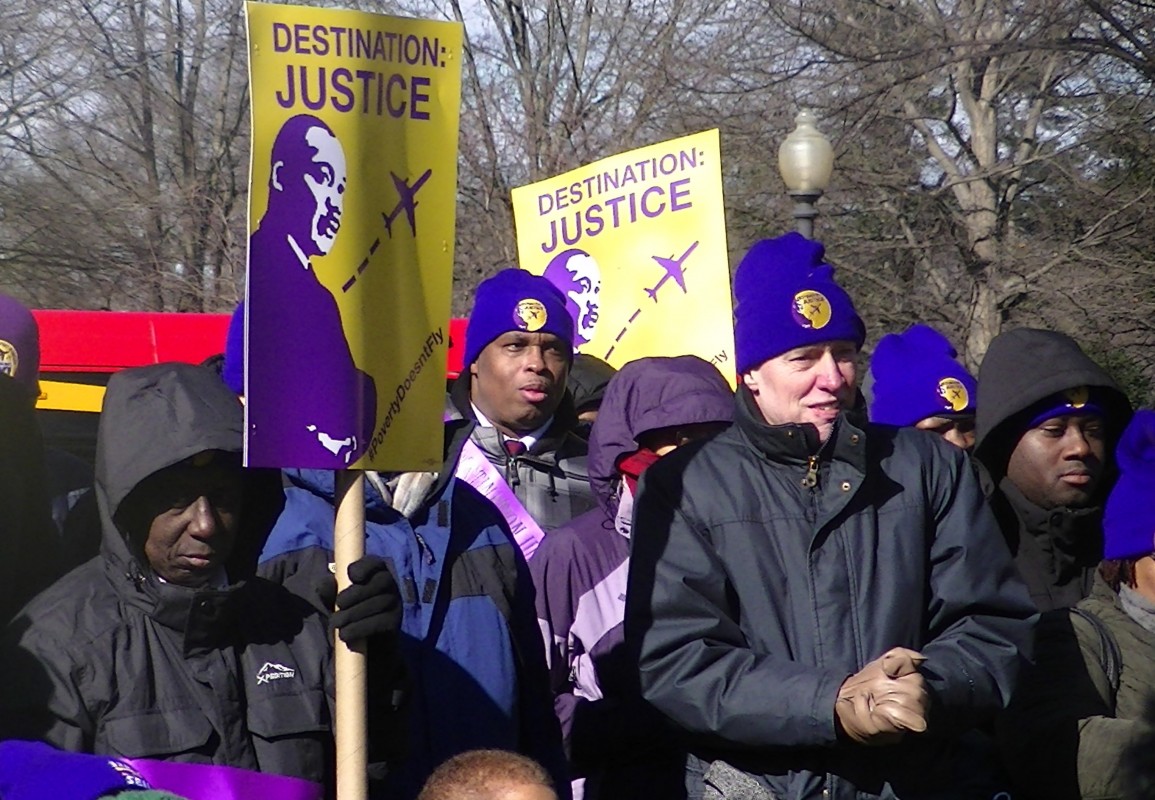 In Washington, DC, about 100 members of the local Service Employees International Union and their supporters gathered within sight of the King memorial holding picket signs and then marched through the city streets.

The action was part of a broader effort across the U.S. by airport service employees and their allies to focus attention on a push for better wages for baggage handlers, security officers, food workers and other service employees. Similar protests were underway at other major U.S. airports in cities including Chicago, Philadelphia and Boston.

“Dr. Martin Luther King, Jr. died fighting for justice for all workers. Today, in his spirit, we’re fighting for workers at National and Dulles airports,” said Jamie Contreras, vice president of the union representing many Washington, DC area airport workers. “A lot of these workers have to work two and three jobs in order to be able to sustain their families. Some of these workers have to sleep at the airport because they don’t have time to go home.”

Twenty-four year-old baggage handler Malcolm Garrett said he was hired two years ago at Reagan National Airport at $7.75, and now only makes $8 per hour. The workers want $15 an hour and job protections.

Washington’s lone representative in Congress, Delegate Eleanor Holmes Norton, join the workers in Washington where she pointed out that Dr. King was killed while trying to aid low paid sanitation workers.