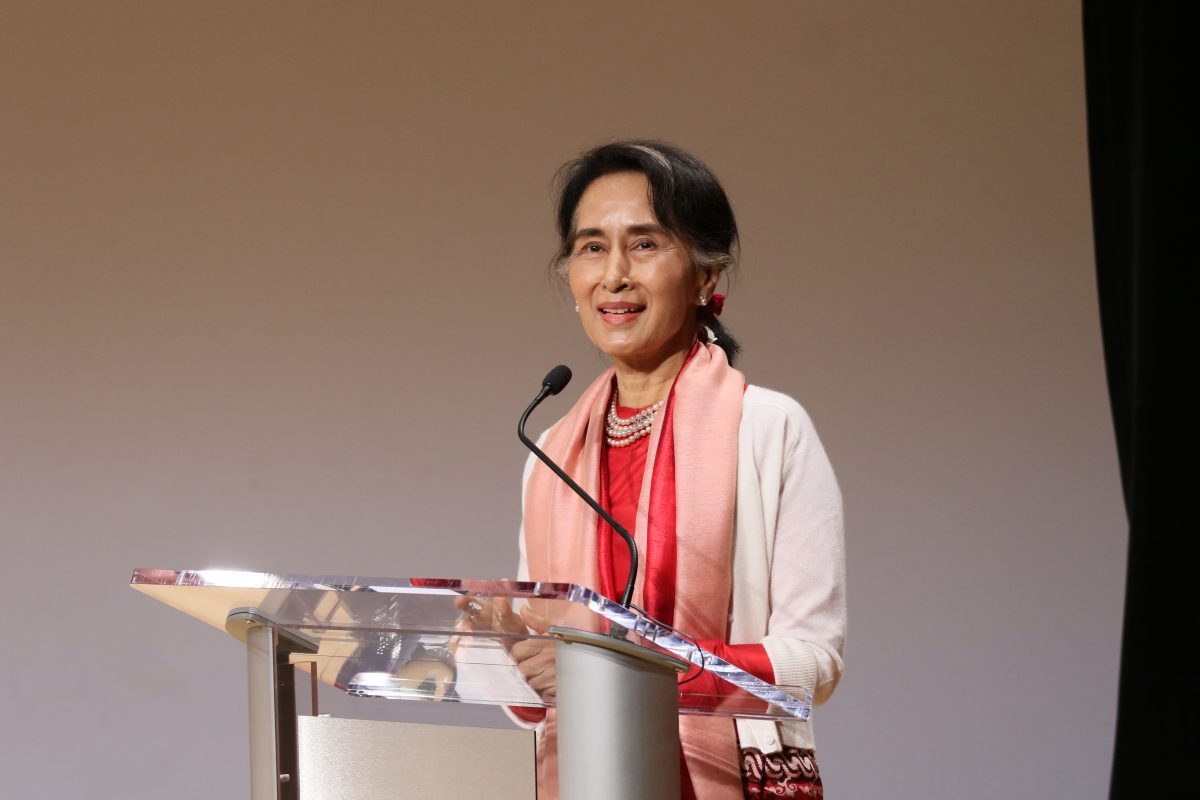 The U.S. has announced it’s lifting all trade sanctions against Myanmar – including those restricting the country’s jade industry. President Obama announced the move as Myanmar’s democracy icon Aung San Suu Kyi paid a visit to the White House on September 14, ahead of the UN General Assembly. He says rolling back sanctions makes sense to support Myanmar’s transition from military rule toward democracy.

That includes creating peace between the government and more than a dozen ethnic insurgent groups on the border of Myanmar and China where jade – a green gemstone – is mined. But human rights groups says sanctions are being lifted far too quickly,  undermining both peace and democratic reform. FSRN’s Patricia Nunan has more from New York.

In New York City’s Chinatown, staff at at least a handful of jewelry shops will tell you their jade comes from Myanmar, also known as Burma, where the quality is considered the highest.

This merchant agreed to talk about the jade he sells, but did not want to give his name.

“It looks like glass, and then the color is dark green – it’s more expensive,” he explains.

“Doesn’t China have its own jade?” FSRN asks. “But your jade comes from Burma?”

“Actually, China don’t have much jade,” he replies. “All jade is from Burma.”

It’s actually illegal to import jade from Myanmar to the U.S., due to sanctions put in place in 1997. But that will soon come to an end. American companies will soon be allowed to import jade and rubies, plus do business with Myanmar’s military, which has powerful economic interests.

The idea behind the sanctions was to pressure Myanmar’s military regime, which seized power in 1990, to move toward democracy. It wasn’t until 2010 that the generals started to reform. They released democracy icon Aung San Suu Kyi from detention, where she had spent 15 of the previous 21 years.

In 2015, Suu Kyi’s party, the National League for Democracy, swept historic parliamentary elections. Barred constitutionally from serving as president, the NLD nonetheless invented the position of “State Counselor” for Suu Kyi, through which she now serves as Myanmar’s de-facto president.

Her new government faces numerous challenges. The human rights group Global Witness estimates that Myanmar’s jade industry was worth $31 billion in 2014; that’s 48 percent of its GDP.

The military was doing business largely with China, which did not recognize U.S. sanctions.

Throughout the years of sanctions, rights groups say, top military figures developed powerful and shady business interests in timber and jade linked to corruption and crony capitalism that exploits Myanmar’s poor. Some are linked to narcotics.

“You’ve got army figures who want to maintain control, because they do well out of it,” explains Juman Kubba, a Senior Analyst with Global Witness. “And you also have the ethnic armed groups, for which jade is an important resource – it gives them money through artificial taxes.”

Aung San Suu Kyi was in New York last week. She told an audience at during a speech at the Asia Society:  “When I was a child, the expression, ‘multicolored insurgents’ was well known to all of us, because there were the red communists, the white communists – it was all so varied. We took it for granted that this is how it was.”

Suu Kyi’s government opened an historic peace conference with leaders of Myanmar’s 16 ethnic insurgencies – some of which have been at war with the government for more than 60 years. For some, jade is a key issue.

“I’m very glad sanctions have been lifted. There are those who think it’s still too early, but I don’t. Because, as I explained to Congress, sanctions were like a crutch, which we needed. But now what we need is physiotherapy, so we can get onto our feet, without the crutches.”

“Crutches” to Suu Kyi are seen as “leverage” to groups like Global Witness, who say sanctions on jade were the vital way for the international community to exercise influence.

Now, Global Witness says the door is open for to a massive “jade rush” in the border regions headed by Myanmar’s most questionable figures.

“And we looked into the companies getting hold of the mines. They’re backed by people like the former dictator Than Shwe, a major drug lord, Wei Hsueh Kang, who’s so notorious he’s got a $2 million bounty on his head, the former northern commander, so the army general who ruled the whole of that part of Burma, was also part of its industry,” Kubba points out. “And what we’re worried about is that industries like jade are enriching the most powerful people linked to the old regime, who could really pose a threat to the new civilian-led government and can really undermine the prospects of democracy and peace.”

U.S. sanctions and travel restrictions remain in place against those involved in the Myanmar’s drug trade.

Global Witness wants the U.S. to introduce legislation to encourage transparency in the jade sector and other industries, in an effort to bring them out of the shadows. Only that way, they say, will the U.S. help prevent Myanmar’s military from becoming ever richer, with the democratic reform process paying the price.