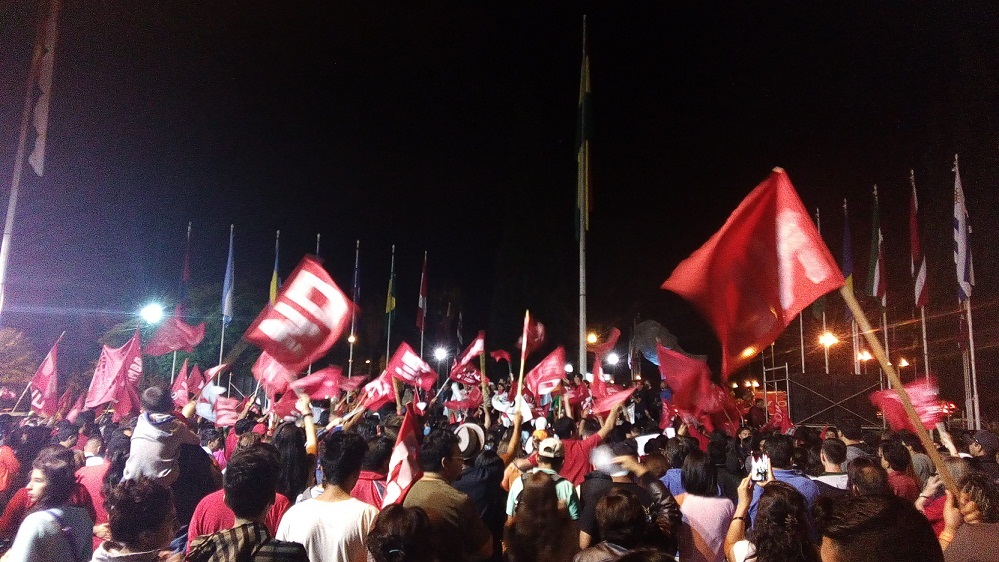 Bolivian voters rejected a move by President Evo Morales to amend the constitution in order to run for a fourth term. The official results of the Sunday referendum handed victory to the NO camp by a razor-thin margin. Nonetheless, it represents the first ballot box defeat for Morales in ten years. Aldo Orellana López has more from Cochabamba.

Bolivia’s electoral tribunal announced late Tuesday night President Evo Morales lost his bid to run for reelection by a slim margin, with 51.3 percent of voters rejecting a proposal to change the constitution to allow Morales to run again after his current term expires in 2019.

The news of the official results sparked street celebrations by proponents of the NO vote after days of suspense.

It’s the first time the president has lost an election or referendum in more than ten years in office. After the announcement of the final tally, Morales addressed the nation and conceded defeat.

“I want to tell you all that we respect the results. It’s part of democracy. We’ve lost this battle, but not the war,” Morales said. “Together with social movements, with the Bolivian people, we will carry on with the battle, with the struggle, and now we will continue on with even more strength.”

The referendum results have set off a flurry of analyst speculation that the political winds are shifting in Bolivia. Meanwhile, the ruling party is starting to consider options for grooming a replacement candidate in the 2019 elections.