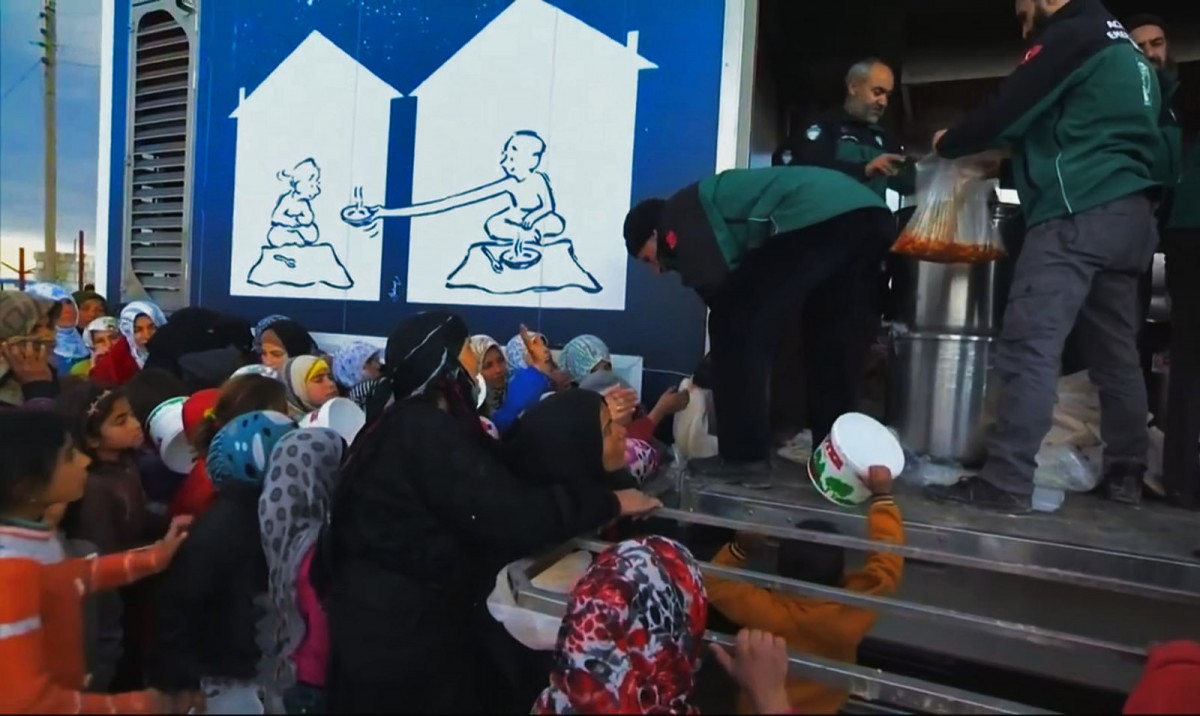 Refugees from Aleppo, Syria waiting for food distribution with plastic buckets in a camp in front of the Turkish border. (Photo credit: quapan via Flickr / Creative Commons)

The United Nations World Food Program is ramping up distribution of humanitarian aid in Syria as part of a tentative deal to gain access to at least 18 besieged towns. Shannon Young has more.

Aid convoys rolled into Moadamiyeh on Thursday. WFP Syria Country Director Jakob Kern said it was the first time the agency has been able to distribute aid to the town’s remaining 45,000 residents in more than a year and a half. Kern noted that many of those trapped in the town are internally displaced, “and it’s appalling to see how their living conditions are, even the people that live here are living in buildings that are half destroyed.”

So far, aid convoys have reached five of the towns with a combined total of 80 thousand remaining residents. A special task force of the International Support Group for Syria is continuing to negotiate access to besieged areas of the country, including through airdrops of aid. Jan Egeland, Adviser of the Special Envoy for Syria, briefed the media after co-chairing a meeting of the task force: “We recognize that reaching now 80,000 people in besieged areas, hopefully the rest of the 480,000 people in besieged areas before long, is only a first step because the main task of the access here is to reach all of the millions in hard to reach areas and Aleppo is one of the hard to reach areas, where we need to get access, and we need to get access now.”

The humanitarian access task force is due to meet again next week.

In related talks, negotiators from another committee were set to meet Friday in Geneva to discuss a temporary ceasefire, however the meeting was postponed on short notice.