Anti-LGBT discrimination bills advance in state legislatures, Oklahoma has the most 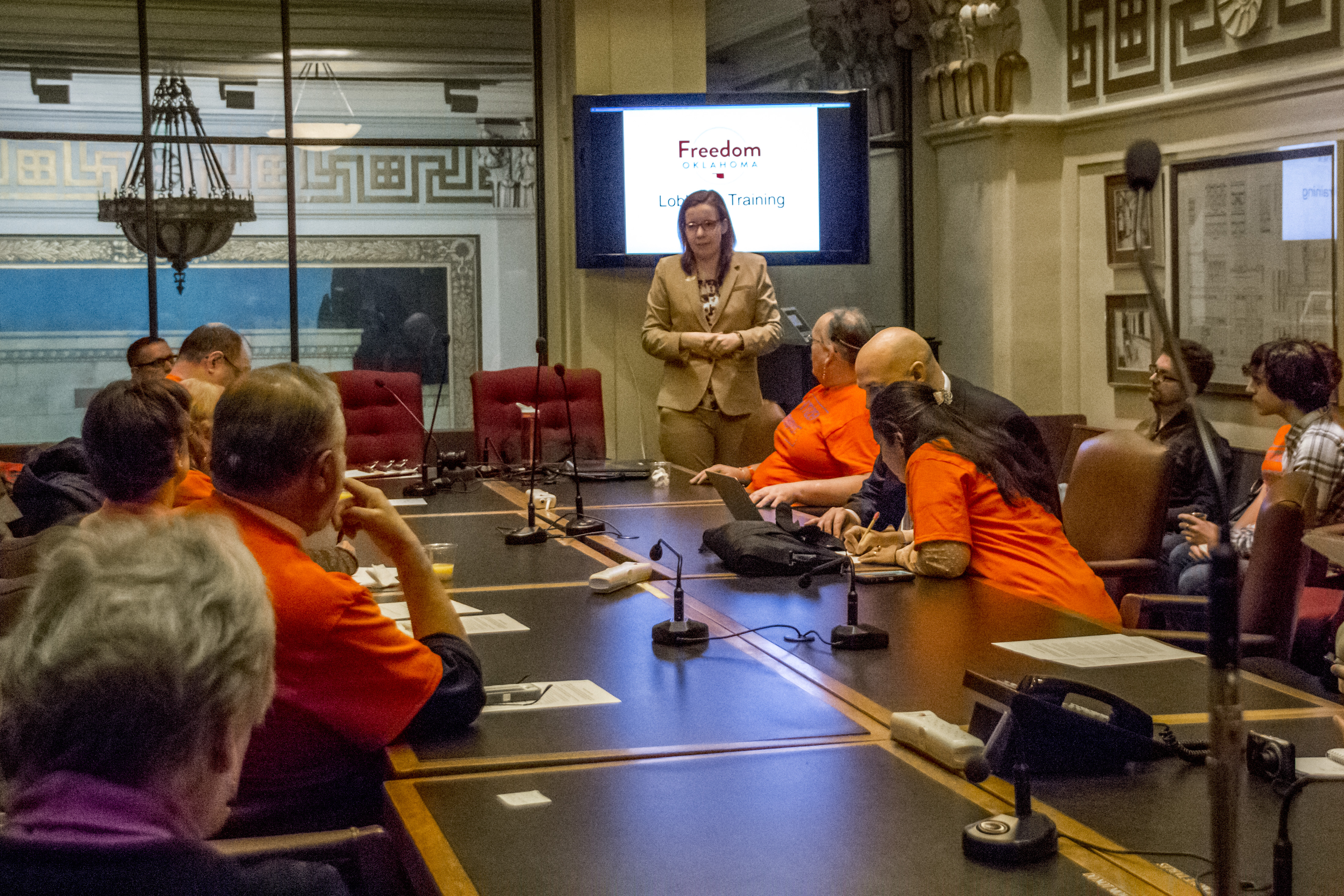 Democrats in the Missouri Senate launched a nearly 40-hour filibuster, but ultimately failed  to stop  what they call an anti-gay bill from advancing early Wednesday morning. Senate Joint Resolution 39 would create a constitutional amendment to override municipal nondiscrimination laws and protect religious organizations from penalties for discriminating against gays and lesbians. Republicans advancing the bill say it would protect the religious liberty of Missourians. Large companies, including Dow Chemical, oppose the measure. The resolution would need to pass both houses and a ballot measure to become law.

LGBT activists and allies say national groups are pushing anti-LGBT legislation, like the Missouri resolution and other bills, across the country to boost the religious right vote in an election year. No other state in the nation has more of these bills in play than Oklahoma. So far the bills are facing resistance from businesses and even some conservatives. FSRN’s Larry Buhl has more from Oklahoma City.

“Why are we actually in the room today? Because most Oklahoma legislators are fair-minded, but there’s about five who file a big volume of bad bills. It’s the usual suspects. They’re filing multiple bills,” says Amanda McClain-Snipes, organizational development and training manager with Equality Federation of Oklahoma, who coaches several dozen people at the state capital how to lobby lawmakers to kill several anti-LGBT bills currently before the legislature.

When the Oklahoma legislature convened February 1st, there were a record-setting 26 anti-LGBT bills on the docket. They included three transgender restroom exclusion bills, a bill that would make it illegal to ban controversial ex-gay therapy, and a bill preventing depressed youth from seeing a gay-affirming therapist.

Last month, Oklahoma’s Senate Judiciary committee voted down the “Oklahoma Right of Conscience Act.” That would have allowed businesses to refuse to serve gay people as long as they showed that it violated sincerely held religious beliefs on gay, lesbian or transgender behaviors. Many give the credit for its failure to the business community, led by AT&T, which lobbied hard against it.

Troy Stevenson is executive director of LGBT rights group Freedom Oklahoma. He says the legislation is a reaction to marriage equality coming to Oklahoma in 2014.

“Because of the progress in LGBTQ rights, this was an attempt to set that movement back,” explains Stevenson. “I think many people in the legislature who had been quiet in the past couple of years, they had passed everything they could have imagined at the time as far as anti-LGBT legislation. Then they got really imaginative in the last couple of years with some of this really negative stuff.”

Pro-gay activists point out that many so-called “religious freedom” bills are not coming from Oklahomans or Georgians or Missourians. They’re often written and pushed by national groups, like Alliance Defending Freedom.

That non-profit Christian legal group has opposed anti-bullying efforts in public schools and refers to efforts to protect LGBT rights as “the homosexual agenda.” Alliance Defending Freedom was behind Indiana’s Religious Freedom Restoration Act and co-wrote a similar act for Arizona, which was vetoed by then-Governor Jan Brewer in 2014.

“Religious freedom” or “religious exemption” bills are written to let business owners defend their refusal to serve lesbian, gay or bisexual, or transgender customers on the basis of their religious faith, and the bills have similar wording state to state. Indiana passed a “religious freedom” bill last year and immediately saw cancelled conventions, speeches and concerts because of it.

“In some of these conservative districts there are representatives and senators who think this will help them and it’s been proving just the opposite,” says Stevenson. “Not just Democrats, but many Republicans at the legislature have taken a stand on these issues and said that this is hateful legislation. They won’t hear it. They realize it will do a detriment to our state, as in what happened in Indiana, and Arizona before that, and what’s likely to happen in Georgia.”

Residents here in Oklahoma say attitudes toward LGBT and gender nonconforming people are changing, even in this solid red state.

“We’re in the Bible Belt. I would get that question, like, ‘Are you married? Are you a Christian?’” says Dr. Marlo Miller, an openly lesbian orthodontist in Oklahoma City. She says greater LGBT visibility has helped in convincing her fellow citizens to reject discrimination.

“When I first opened my practice, I worried how the community would feel, how referring doctors would feel, how my staff might even feel. But things have changed very significantly and certainly more positively in every light,” explains Miller. “People see how you treat them. If you treat them how they should be treated they will stand behind you no matter who you are or who you’re married to.”

That might be why, so far, the Oklahoma bills are failing.

But some legislators see anti-LGBT bills as a surefire way to galvanize Evangelical voters. Their detractors point out that it’s not a coincidence that so many of these bills are being introduced in an election year.

Last year, Democratic state representative Emily Virgin attached a clever poison pill to a religious exemption bill, an amendment stating that businesses could discriminate based on religious beliefs only if they clearly post their policy on their website and at their place of business.

Still, the bills keep coming. According to the gay rights group Human Rights Campaign, more than a hundred anti-LGBT measures have been filed across the U.S. in the first two months of this year.

LGBT rights activists are not taking anything for granted. They’re continuing to meet lawmakers one-on-one to, as they put it, remind them what’s at stake for individuals and for their states.