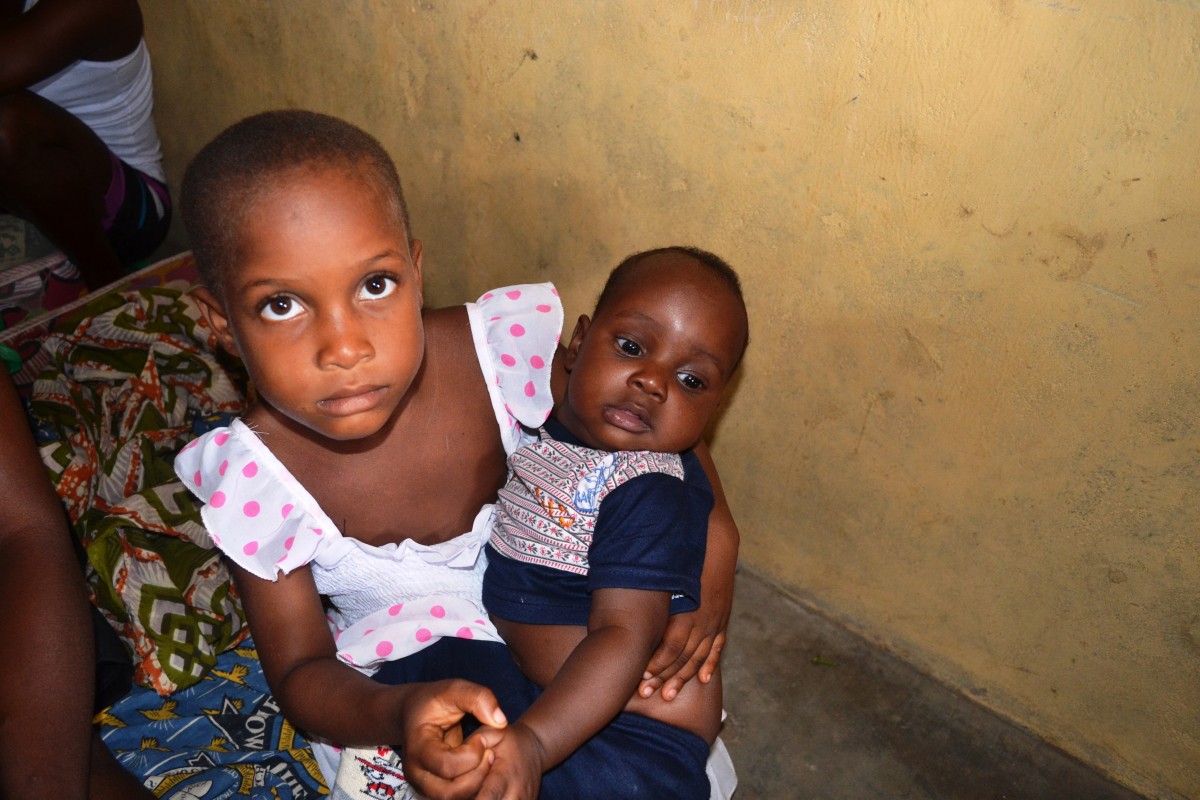 Many Bakassi children have been separated from their parents. (Photo credit: Sam Olukoya)

Borders drawn across the African continent continue to have geopolitical repercussions even into the 21st century. In 2002 the International Court of Justice at Hague issued a ruling in a territorial dispute between Nigeria and Cameroon. The land in question was the Bakassi Peninsula, which lies at the Gulf of Guinea coast just at the border of the two countries. Six years later, the land was officially transferred to Cameroonian rule.

Ever since, the Bakassi people say the country’s authorities have turned a blind eye while paramilitaries carry out a violent displacement campaign against civilians in the region. Thousands of Bakassi people have fled into Nigerian territory, where many end up as refugees in government run re­settlement camps. Sam Olukoya has more from Eyo Edem.

A hungry baby cries in a crowded government run resettlement center in Eyo Edem, a Nigerian village located about 25 minutes from the border with Cameroon. This resettlement center in a local school is one of five set up in recent years to take in thousands of people who have fled the Bakassi Peninsula since it became part of Cameroon more than seven years ago.

Bakassi refugee Etim Ene says living conditions in the camps are very harsh. “Some of the children here lost their parents, so the situation in the camp is very, very untenable,” Ene explains. “About ninety percent are suffering malaria and malnutrition.”

Nigeria handed over the Bakassi Peninsula to Cameroon in August of 2008 upon orders from the International Court of Justice in the Hague. Edet Okon says a violent displacement campaign supported by Cameroonian authorities forced him to flee the peninsula.

“Those Cameroonians, those gendarmes, they killed people, set properties on fire, they pursued us, they said you people should get out of here. So we left. We ran, some people entered the bush, they ran from that place and ended up here,” Okon recalls. “You know it is different when someone fights you with his bare hands. But the one that uses a gun is something else. You will find a way to escape.”

After independence, African nations used those colonial borders to settle some territorial disputes, especially in cases in which ethnic groups spanned the boundaries.

The Bakassi people belong to the larger Efik ethnic group of Nigeria and have no cultural affinity with any ethnic group in Cameroon. The Bakassi Peninsula became part of post-independence Nigeria without controversy.

It was only after the discovery of the peninsula’s oil and gas wealth that Cameroon staked a territorial claim based on the boundaries drawn up by colonial European powers when they partitioned Africa. In 2002, the International Court of Justice ruled in Cameroon’s favor and the territorial transfer was finalized six years later.

The peninsula’s indigenous refugees believe the oil and gas deposits are why Cameroon wants to push them out of their ancestral territory. Cameroon has already begun leasing blocks in the ocean adjourning the peninsula to oil companies.

Many Nigerians, like human rights lawyer James Ibor, say the court should have based its decision on the wishes of the peninsula’s residents, not on colonial boundaries.

“We wondered why the International Court of Justice will transfer land and people when there is evidence that these people have inhabited that place for so many decades,” Ibor says. “We had expected a referendum in Bakassi, let the people decide where they want to be. It is high time international organizations or agencies stop playing politics with human life for us to achieve world peace.”

The Bakassi people now have little recourse given the verdict transferring control of their peninsula came from an international high court.

With their homeland lost to Cameroon, the continued survival of the Bakassi culture is another uncertainty. For now, many refugees seem more preoccupied with starting a new life in unfamiliar territory with little to no help.