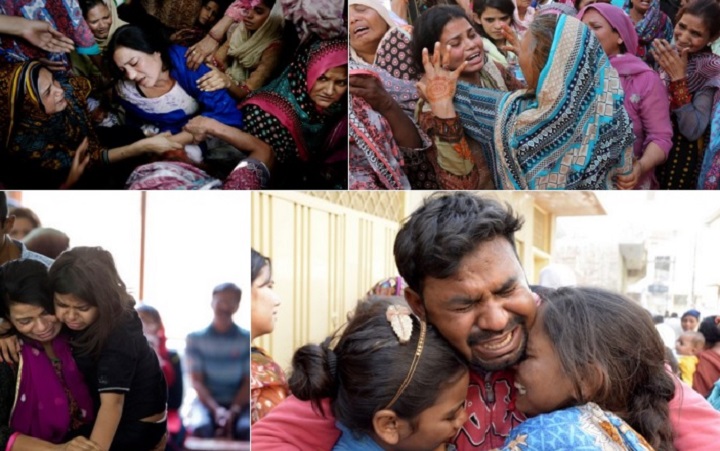 Three days of mourning began in Pakistan Monday, following an Easter Sunday suicide bombing in a public park in Lahore killed more than 70 people, most of them women and children. From Pakistan, FSRN’s Malik Ayub Sumbal has more.

Ambulances raced to Lahore’s Gulshan e Iqbal Park on Easter Sunday after a suicide bomber triggered an explosion, killing at least 70 people – dozens of them children. Another 400 were seriously injured in the centrally located park packed with families.

One witness said the blast happened at the main entrance of the park.

A splinter group from the Pakistani Taliban, Jamaat-ul-Ahrar, has claimed responsibility for the Sunday attack, and threatened to carry out more attacks until “Sharia [Islamic law] is imposed in the country.” The group says they targeted Christians, but the death toll of Muslims is double the number of Christians killed in the attack.

Prime Minister Nawaz Sharif immediately called an emergency meeting with the country’s security higher-ups and called for quick action against the militants who involved in this attack.

Military operations are now underway in militant stronghold of Southern Punjab province, with a force combined of intelligence agencies, the Army and the Rangers.