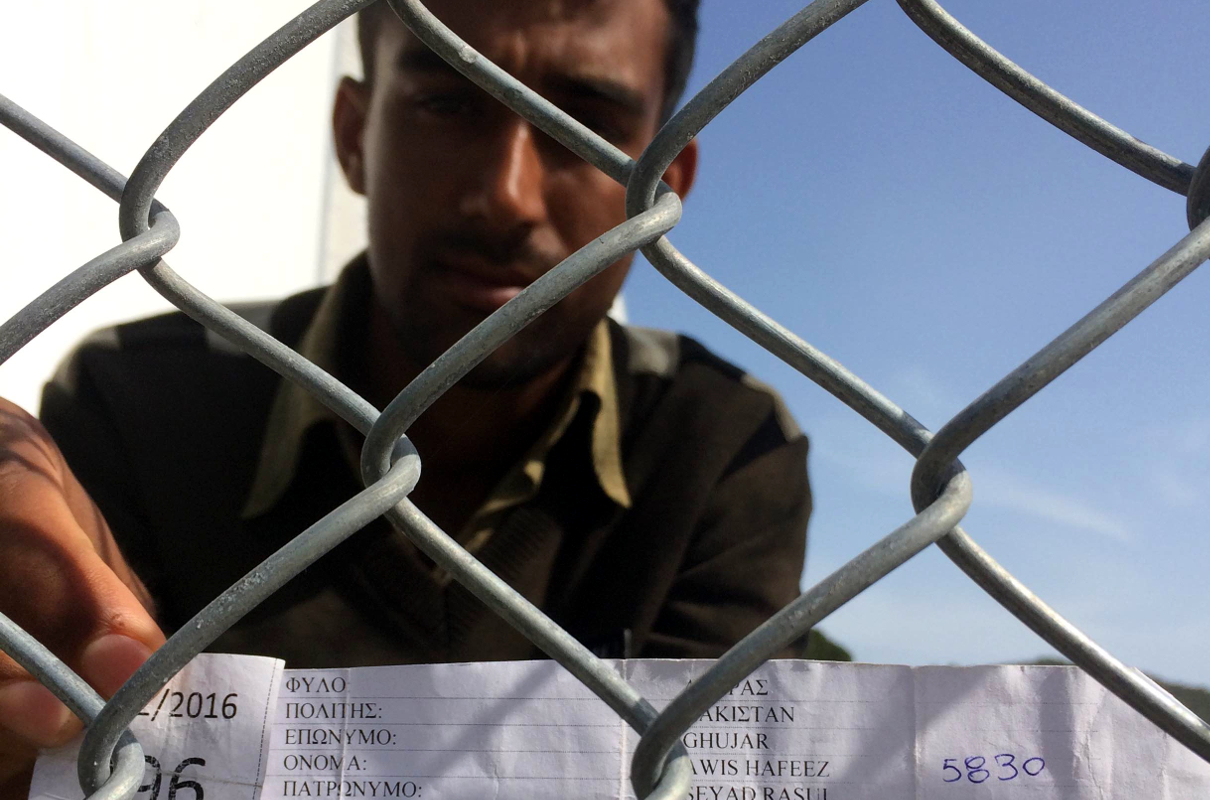 Hafeez from Pakistan displays a slip of paper placing him in the asylum 'queue'. His cousin was among the deported. (Photo credit: Andrew Connelly)

The first boats filled with migrants being deported to Turkey set sail on the short trip from the Greek island of Lesbos today. These deportees are the first under a controversial scheme between the European Union and Turkey, under which Ankara is to get more than $6 billion to accept tens of thousands of refugees who snuck across the sea to Greece. And the EU has agreed in principle to resettle up to 72,000 Syrians currently in Turkey, the first few dozen touched down on the tarmac in Germany today.

FSRN’s Jacob Resneck spoke with journalist Andrew Connelly who is on the Greek island of Lesbos where thousands of refugees are being detained while their asylum claims are being processed. Connelly reports that even as the first two boats filled with Pakistani migrants left Greece, two more boats of refugees from Pakistan arrived on Greek shores.