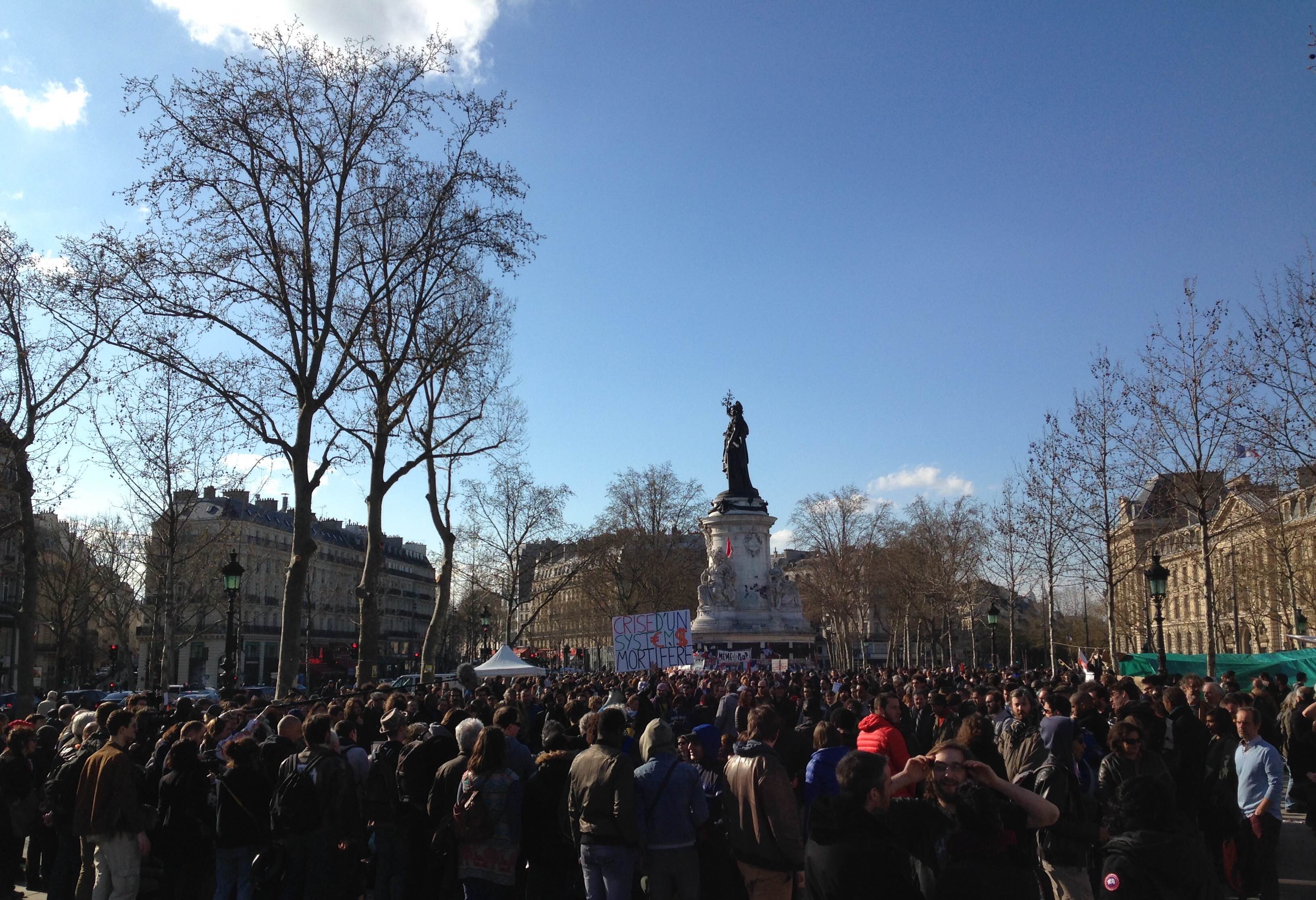 Protesters took to the street in more than 30 cities in France today, in ongoing demonstrations against proposed changes to the country’s labor laws. The growing protests have morphed into what many liken to the Occupy movement in the U.S. FSRN’s Raphaël Krafft reports from Paris.

“Night on our feet, Prime Minister Valls on his knees” demonstrators chant, referring to French Prime Minister Manuel Valls during a protest in an iconic central square in Paris.

The “Nuit debout” – or Night on our feet – movement started last week following a nationwide protest opposing François Hollande’s planned labor reform law, which they say will make it easier for struggling companies to fire workers. After the demonstration, thousands of people occupied the symbolic Place de la République.

The occupation hasn’t stopped since and has become about much more than just the controversial labor law. Every evening, anywhere from 500 to 2000 people think, discuss and debate how best to express their dissatisfaction with what they call misguided French republican ideals and how to most effectively weigh in on the political process.

“Unexpectedly, something new is starting now,” says French economist, Frédéric Lordon. “The ruling class wants to keep our issues separate, our agenda divided. We say today that we are united around a global and universal agenda!”

Observers say Nuit debout looks very much like the Spanish Indignados or the American Occupy Wall street movements. While the labor legislation that sparked the uprising is still moving forward, the movement has grown beyond this single issue. Now, people in more than 30 French cities have joined the growing opposition and these widespread demonstrations Tuesday could strengthen what some are calling a French Spring.