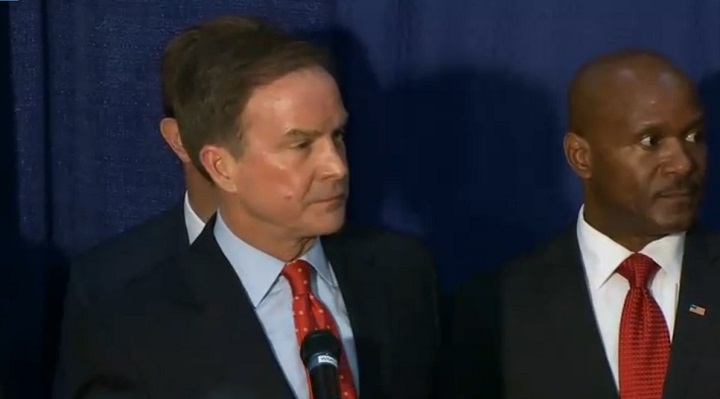 The two officials from the Michigan Department of Environmental Quality – district supervisor Stephen Busch and engineer Mike Prysby – face multiple felony charges including evidence tampering, misconduct and conspiracy. The charges are based on allegations the two manipulated water test results, misled federal and local authorities and agreed to conceal the true test outcomes.

Additionally, Mr. Prysby is charged with a fourth felony for allegedly authorizing an operating permit for the Flint water plant knowing that the facility could not provide clean, safe drinking water to city residents. Both continue to hold jobs at the state agency, although Busch is reportedly on paid leave.

The charges against Flint water quality official Mike Glasgow include felony tampering with evidence for allegedly altering and falsifying reports and misdemeanor willful neglect of duty.

At the time of the April 2014 switch away from Detroit-treated water from Lake Huron, Flint’s municipal government was under the control of a state-appointed emergency manager. Gov. Rick Snyder, the only elected official with power over the emergency manager, has so far evaded charges related to the lead poisoning of Flint and has brushed off calls to resign from his post. Attorney General Schuette said today’s charges are just the first and there are more to come, repeatedly adding that investigators have “no targets… but no one has been ruled out” and “no one is above the law.”