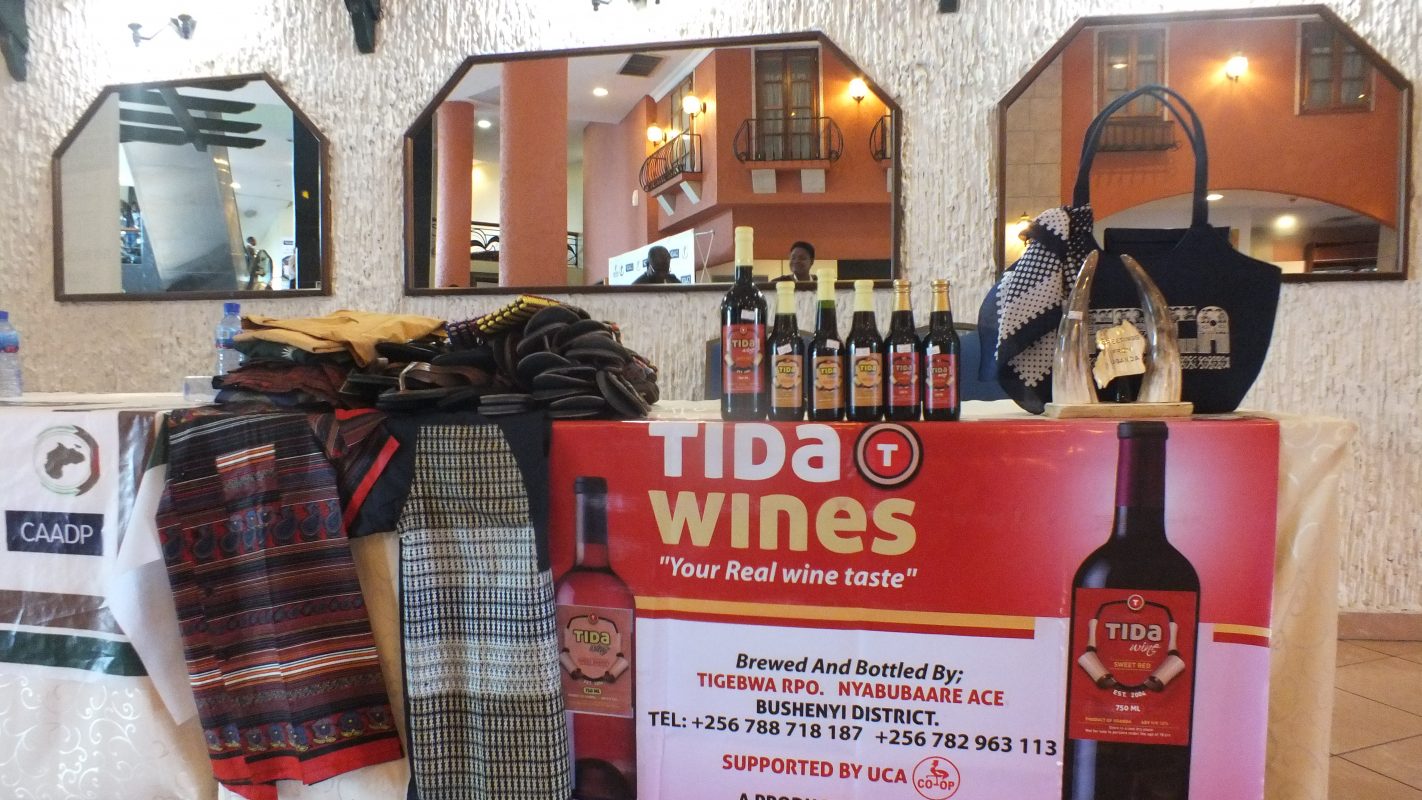 The UN Food and Agriculture Organization estimates about one-third of the food produced globally goes to waste, creating a massive amount of greenhouse gas emissions and needlessly squandering water, land, labor and energy resources. This waste is drawing the attention of global agriculture organizations and financial institutions, which have started to back initiatives aimed at scaling back  food waste.

But a group of farmers in Uganda have already come up with a solution: transforming food into novel products with a longer shelf life. FSRN’s Ngala Killian Chimtom reports.

Elizabeth Nsimadala is a 36-year-old mother of two from a small village in Southern Uganda. She’s a founding member of a group of female farmers who have been making big returns by turning bananas into wine, a relatively novel product now adding diversity to Uganda’s cuisine. But it was not always so.

Before the year 2000, Nsimadala struggled to make ends meet in agriculture, frequently going hungry and repeatedly unable to pay school fees for her kids. Then an NGO came along, teaching farmers in her area about better ways of producing and managing banana yields. And while the methods did increase output, Nsimadala says it had unintended consequences.

“The project, which was supposed to be a blessing to the communities, became a problem because there was overproduction, but the prices decreased. So, instead of getting money from bananas, a bunch went as low as 500 Uganda Shillings, this is something like a quarter of a dollar,” Nsimadala explains. “So it went so low, to that level, and people were instead chopping the bananas and giving them to animals. So they became of no use.”

Her story is common across Africa, where harvested food crops are often lost because the cost of transporting them to markets is more expensive than letting them rot in place. Meanwhile, people who need food the most don’t have money to buy it.

“[There’s] $4 billion (USD) equivalent of food losses in a year in the continent and if you can conceptualize what four billion can do to alleviate poverty in our various countries, then you can understand the waste and the economic deprivation that food loss is causing the continent,” Osei-Bonsu points out. “Apart from food losses, there is food waste, they are two different things. The food waste is the cooked food that we don’t use. At the end of the day, they are not apportioned to people who need it, and we have about 800 million in the world going hungry every day and we have excesses of food that are going to waste.”

The causes of food loss and food waste in Africa are closely linked to lack of infrastructure, affordable transportation, and even harvesting techniques, says Nana Osei Bonsu: “Let me give you an example: tomatoes. People harvest them when they are red. When they are red and you pick them, they don’t even last 36 hours! But if you pick them green, they give you seven days or more. So, there are a lot of factors that contribute to this magnitude of losses.”

The inefficiency of moving food stocks to hungry mouths can be an even bigger problem in 50 years, when Africa’s population is expected to double.

“If the world’s population doubles, what should we double then?” asks Moussa Seck, chairman of the Pan African Agribusiness and Agro Industry Consortium. “It’s not cars. It’s not highways. It’s mostly food. But the problem is, mankind has made ten thousand years in order to count today seven billion tons of food. Ten thousand years of constant progress. And when the world population doubles in 50 years, we have to double these seven billion tons.”

African countries, through the Comprehensive Africa Agriculture Development Program, say they are committed to eliminating hunger and cutting extreme poverty in half by 2025. How this will be achieved, according to Seck, is not only through production, but more importantly, by avoiding the loss and waste of food already produced.

Elizabeth Nsimadala and other farming women in Uganda could offer significant lessons in this regard. The bananas that used to be thrown away are now fetching them significant returns on their investment, thanks to value addition. In other words, processing the crop into another, more novel product with a longer shelf life.

“We were trained in banana wine production. We started on a small scale, but for any new innovation that comes, it takes some time for people to embrace it. But later on, our mindset kept on changing,” Nsimadala says. “When I do a comparison between the prices, it’s actually more than a hundred percent. A bunch that can go for $10, once processed, you can be able to make a net profit of $200 (USD), which is unbelievable to many. To me it’s a reality because I am doing it. We are doing it and we are getting the results.”

Nsimadala’s success has been hailed as a best practice by the African Union, but continues to be an exception to the rule. In the short term however, Bonsu recommends that African governments set up agencies to buy and store food in peak season, for eventual redistribution during lean periods.