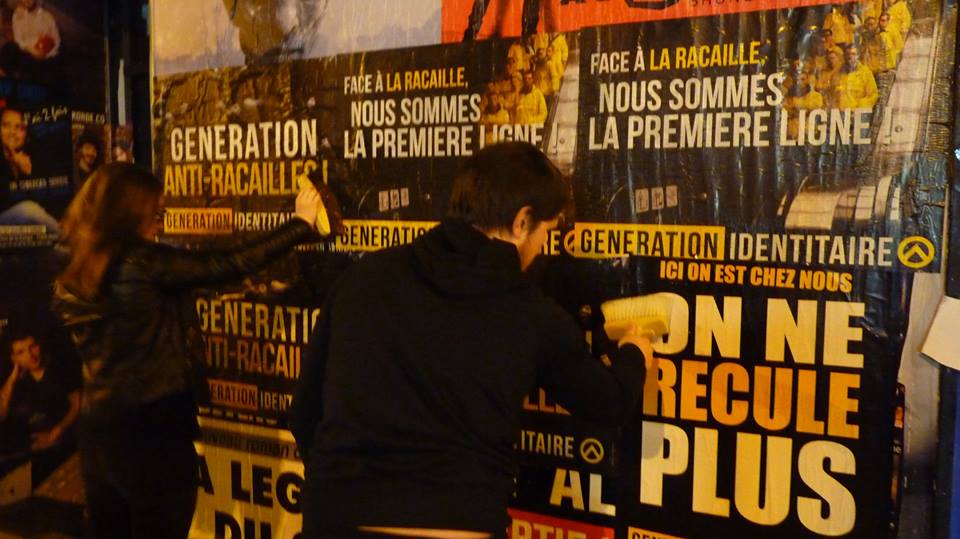 Donald Trump has virtually secured the GOP presidential candidacy after winning the Indiana primary. Rival Ted Cruz dropped out of the race Tuesday night and John Kasich is expected to announce his withdrawal later today. Once seen as an unlikely candidate, Trump’s primary victories demonstrate that his confrontational and nationalist rhetoric on hot button issues like immigration and racial equity has tapped into a wellhead of support from seemingly angry and fearful voters.

The Trump campaign traction has caught many domestic and foreign observers by surprise. But the U.S. isn’t the only country where political forces once considered too far to the extreme right of the social spectrum have moved into the mainstream.

In France, far-right nationalism has grown dramatically in recent years, and most notably in the months since the November terror attacks in Paris. The anti-immigrant National Front party made surprising gains in the first round of voting in countrywide local elections last December. A far-right youth group known as Generation Identity has also been growing its membership. The group describes its genesis as a reaction to their largely liberal parents’ generation,who they say sold out their country and their future to migrants. Tom Carstensen has covered nationalistic and right wing groups and parties in Europe for almost ten years and files this report from Paris.

“The goal of the organization is to promote and defend European identity,” Larti says. “And, in fact, we see dangers with migration, Islamization and globalization.”

Generation Identity first emerged a couple of years ago, with a video the group itself said was “not a manifesto, but a declaration of war.”  The video spread across the internet, resonating with a hard-line sector of youths.

This gathering at Generation Identity headquarters consists of all men, with the sole exception of a young woman, who greets the others in the traditional French way of cheek kissing.  The office’s restroom is decorated with symbols disdained by the group: an Algerian flag and a number of stickers from left wing organizations.

This evening, Generation Identity’s activists are going out onto the streets to put up posters to advertise a yearly celebration they have created in Paris, which doubles as a sort of public recruiting effort.

“We have too much immigrants. I mean, some parts of Paris, or some parts of France, are not France anymore,” Larti claims. “You go out and you have only men, you have burqas.”

GI is not a political party, but most of them vote for the far-right Front National, whose leader Marine Le Pen has moved from the outer fringes of French politics to garner more widespread voter support in recent years.

Parisian Delphine Masle says she is not a supporter of right-wing groups like Generation Identity at all, but that fear in the wake of the November attacks has caused her to change some of her habits and behaviors.

“First the government says, ‘Okay, we have to get used to the attack. We are in war,’” Masle recalls. “And we are scared of a chemical attack. So, then, I was really scared in the metro, so I bought a car.”

Carolina Sanchez is a sociology lecturer at Sorbonne University in Paris. Sanchez says 15 members of her larger social circle, friends of friends, died in the attacks in Paris last year that targeted multicultural neighborhoods and social spaces.

“When the right-wing demand that moderate Muslims have to apologize, they are helping IS. And they’re doing the Islamic State a favor when they talk about Islamization. That is what IS wants – and so did Al Qaeda,” sanchez explains. “They said that it was their goal to eliminate the people who are trying to create dialogue and the possibilities for peaceful co-existence.”

It’s not likely the French far-right will moderate its rhetoric any time soon.  The ongoing state of emergency in France has also done little to calm long-simmering tensions in the suburban housing projects known as the banlieues, where many Middle Eastern and African immigrants and French citizens of immigrant origin reside.

With groups like Generation Identity and the so-called Islamic State seeking to radicalize French youth from different backgrounds, the impacts of this polarization on the French mainstream remains to be seen.