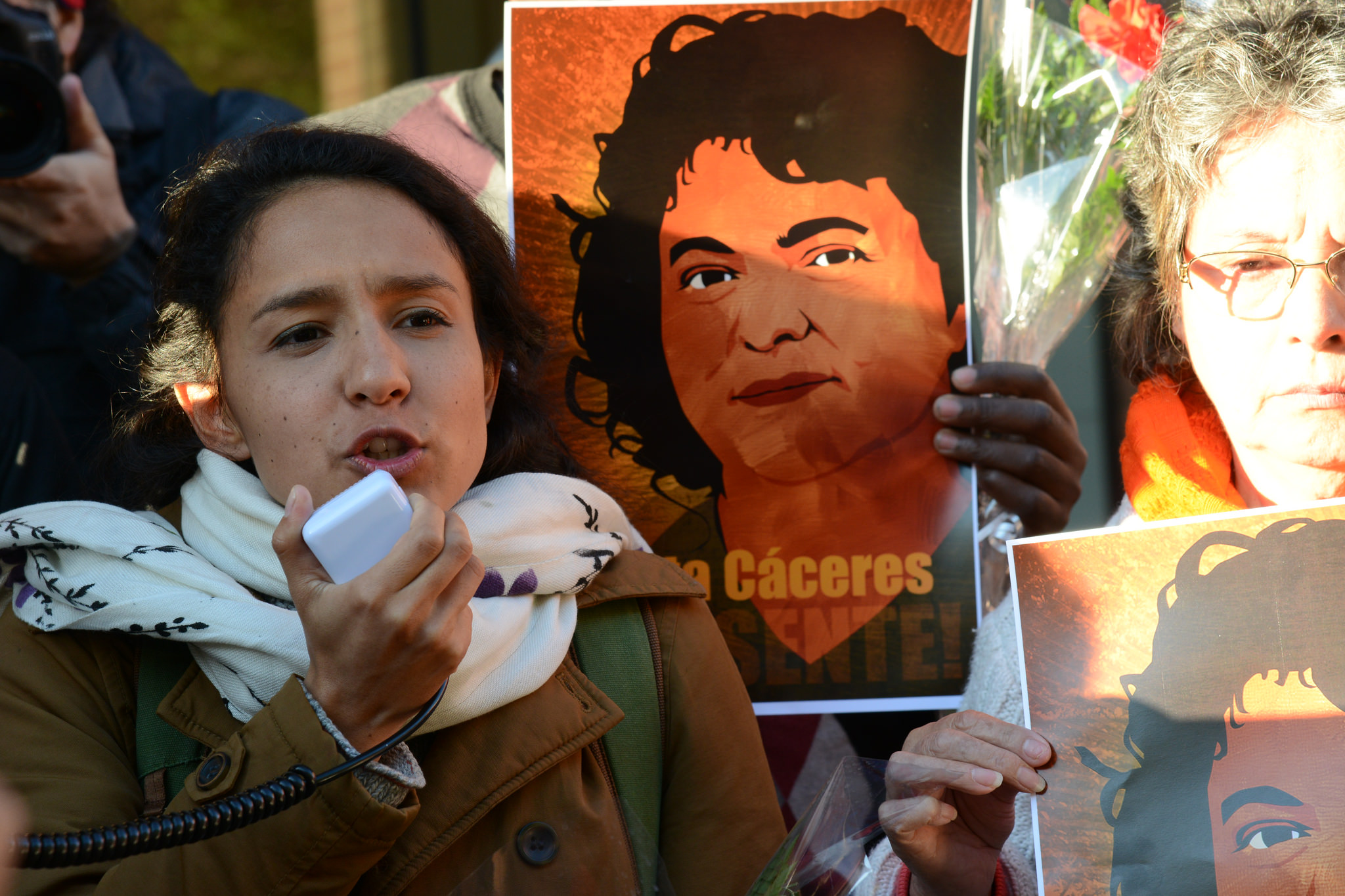 Authorities in Honduras have arrested four men allegedly connected to the murder of Berta Cáceres, the country’s most recognized activist. While the president celebrated the arrests as evidence of progress on the case, Cáceres’ family continues to demand an independent investigation by international experts. Shannon Young has more.

The four men accused of links to the murder of Berta Cáceres reportedly include current and former employees of the company behind the dam the environmentalist fiercely opposed, as well as one active duty and one retired member of the Honduran military.

The arrests indicate that investigators have probed allegations made by Cáceres’ family and colleagues about the origins of repeated death threats against the renowned campaigner. But the family remains skeptical of the state’s ability to carry out a credible and thorough investigation.

In a group statement released after news of the arrests broke, Cáceres’ daughters, son and mother reiterated their demand that the government of Honduras allow a commission of experts from the Inter-American Commission on Human Rights to investigate and “analyze the actions carried out thus far and establish whether they are consistent with the highest international standards of due diligence.”

The family says they found out about the arrests through news reports, instead of through the proper protocol of homicide investigations in which authorities first notify victims’ families of major case developments.

Cáceres’ youngest daughter, Berta Zúñiga, was in Barcelona Monday to accept a posthumous award for her mother.

“The issue is that impunity rates in our country are off the charts and the interests that could be involved make it difficult to guarantee that the investigative process will be objective and transparent. That’s why we’re demanding an independent commission of experts through the Inter-American Commission on Human Rights,” Zúñiga told Catalan broadcaster Televisió 3. “Speaking of which, during our visit here to Europe, we’ve received pledges of financial support for this commission, which we think is important. Basically all that’s needed now is a little political will to get to the bottom of the case.”

The government of Honduras has thus far sidestepped the request.

In the two months since Berta Cáceres was murdered, another member of her organization was also killed, and the Dutch bank FMO has suspended its financial backing of the Agua Zarca dam project. But, construction work on the dam continues, as does violence against opponents and watchdogs.