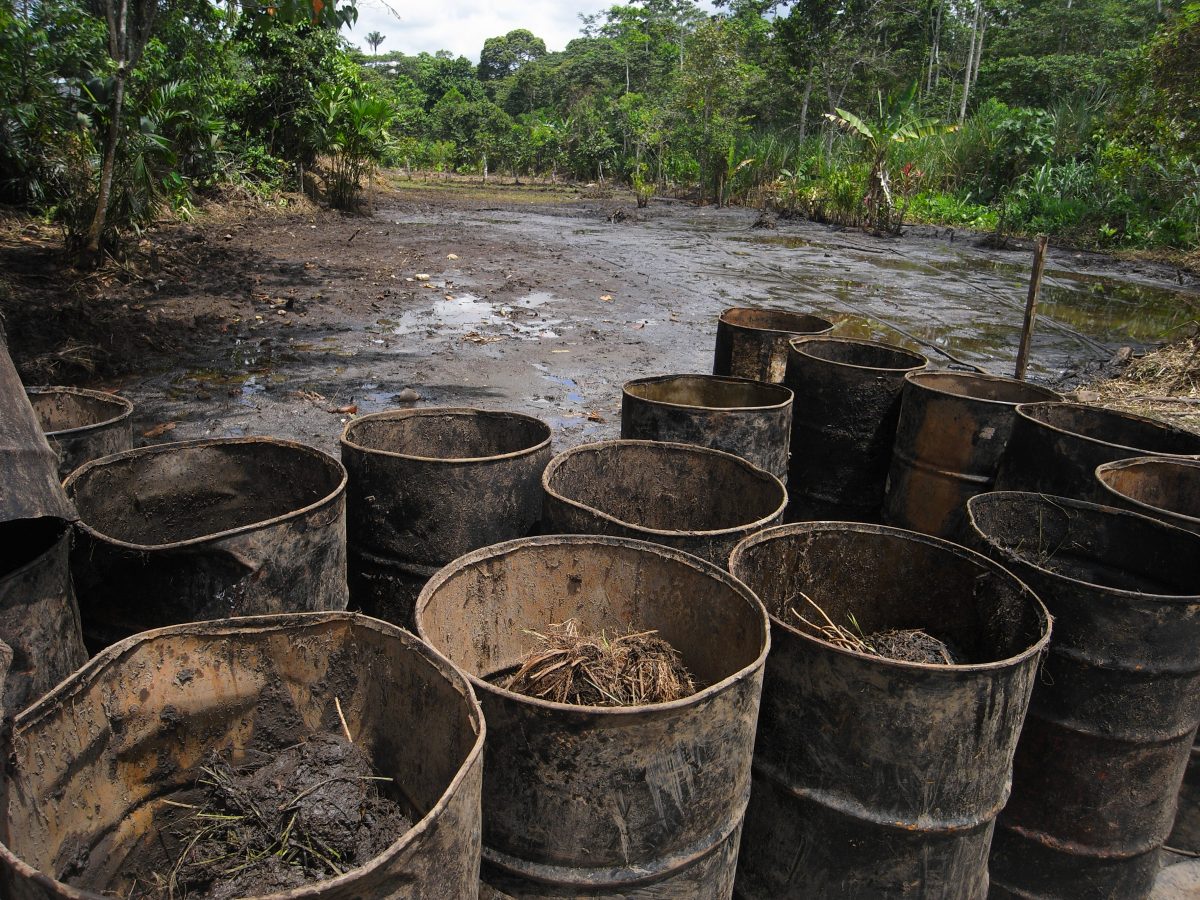 The long-running lawsuit against Chevron over the dumping of toxic waste in the Amazonian region of Ecuador enters a new phase today. A court in Toronto, Canada will spend the week hearing arguments for and against seizing Canadian-held assets of the company to pay damages resulting from an eight-year long trial originally heard in Ecuador. That case ended with a judgment which ordered the company to pay $9.5 billion dollars – money that was supposed to go towards adequate clean up and for healthcare expenses for sick villagers. But Chevron has thus far avoided having to pay, through various maneuvers like selling off its assets in Ecuador and filing counter-suits in the United States. For more on how Canada fits into the picture, FSRN’s Shannon Young spoke with Paul Paz y Miño, Associate Director at Amazon Watch, an environmental non-profit that has campaigned on behalf of affected communities for more than 15 years.

Shannon Young: This case has gone through multiple twists and turns over the years. What specifically is at stake in this week’s hearings in Toronto?

Paul Paz y Miño: There’s quite a lot at stake, and it’s mostly because this case is probably one of the most clear cut cases of environmental violations that anyone has ever seen. And yet, despite that fact, 50 years after the deliberate dumping began, Chevron has still avoided having to pay to clean up their mess. That’s because they’ve spent billions of dollars to escape justice, and this raises the question in general, “What can corporations get away with and where can they flee to avoid justice when they’ve harmed people and the environment?”

The Ecuadorians have been battling for over 20 years to get a clean up, to live in a safe, healthy environment. Chevron admitted to deliberately dumping toxic waste over the course of decades, yet refuses to clean it up. So they’ve had to pursue them to Canada, because Chevron knew it needed to dump its assets in Ecuador, otherwise they would be seized, and then it filed a retaliatory, essentially a slap suit, in the United States before the Ecuadorians even tried to enforce their verdict there, which is one of the many outrageous things about what they did in the use of that tactic.

But in Canada, they’ve thus far lost. The Supreme Court sided unanimously with Ecuadorians, that it’s proper for them to seek to enforce their legitimate verdict here in Canada, because Chevron holds approximately $15-20 billion worth of U.S. assets here in Canada. We’re concerned because they’re apparently trying to sell some of those assets off and the human rights and environmental community, including Greenpeace Canada and Sierra Club British Columbia and Friends of the Earth and others have issues a letter saying that Chevron Canada should not be allowed to sell off its assets before justice is finally heard in this case, so that Chevron can’t, once again, get away from its responsibility.

SY: Looking at the court filing, there’s a long list of plaintiffs. Who are they?

PPM: There are approximately 30,000 people that were actually affected by the pollution. We’re talking about 18 billion gallons of toxic waste in an area the size of Manhattan, which was decimated in the Ecuadorian Amazon. Many of the waterways and the people living there have been affected directly by it. There were 47 named plaintiffs in the original civil action brought against Chevron in Ecuador, which was after they tried to sue Texaco in New York, and that case was denied and returned back to Ecuador. There’s a long list of people who filed that initial suit in Ecuador, and then there’s an even longer list of people who are still living in the midst of the toxic contamination. Amazon Watch has been partnering with them to help not only keep this case going, but to provide clean water, to help the communities organize. We’re talking about farmer communities and many indigenous people that are affected in this area of the northern Ecuadorian Amazon.

SY: Chevron is a U.S. based corporation. Where do things stand legally in the U.S. with this case?

PPM: In the United States, as I mentioned, Chevron preemptively sued the Ecuadorian lawyers and the U.S. lawyer, alleging that they had committed fraud. In fact, Chevron said, “We’re the victims.” And they went to a judge, before the Ecuadorians even tried to enforce their verdict, and got a judge to hear a case that specifically forbade any evidence of toxic contamination in Ecuador. Basically, the only place Chevron can win is when nobody looks at the facts of what they did in Ecuador, which is what happened in the United States. That judge ruled, we believe, completely incorrectly that the judgment in Ecuador wasn’t valid and that it was a shakedown attempt to go after a U.S. company, and that the Ecuadorians could not, in the United States, collect on their judgment. The Ecuadorians are actually not trying to collect in the United States. They’re here in Canada because Chevron Canada is part of Chevron. In fact, when I go to the shareholder meeting in San Ramon, California every year, I see a listing of Chevron Canada along with all the other assets of this multinational corporation presented as shareholders. So Chevron wants to have its cake and eat it too, and say Chevron Canada is not part of Chevron, it shouldn’t be responsible for anything that Chevron does, and yet they want to list Chevron Canada as part of their massive, global wealth and power as a corporation.

The Canadian courts are going to decide, one, whether or not that argument works and Chevron Canada can escape and shouldn’t have to be part of the enforcement, and two, whether or not Chevron’s claims that the case should be thrown out are actually valid. That’s actually an entire, new saga of Chevron’s concocted story of a fraudulent case in Ecuador. They have zero respect for the courts of Ecuador, in fact, they and this U.S. Judge Kaplan decided and ruled that every single level of the Ecuadorian judicial system was corrupt and dismissed it completely out of hand. Fortunately, the Canadian justice system as a lot more respect for international law and for other countries. They are not willing, up to this date, to simply decide that an entire judicial system of another country should be ignored. That’s why we’re hoping that Canada will actually be the final stop in the pursuit of justice that started in 1992.

Paul Paz y Miño is the Associate Director at Amazon Watch. He spoke with FSRN by cell phone from Toronto, Canada.