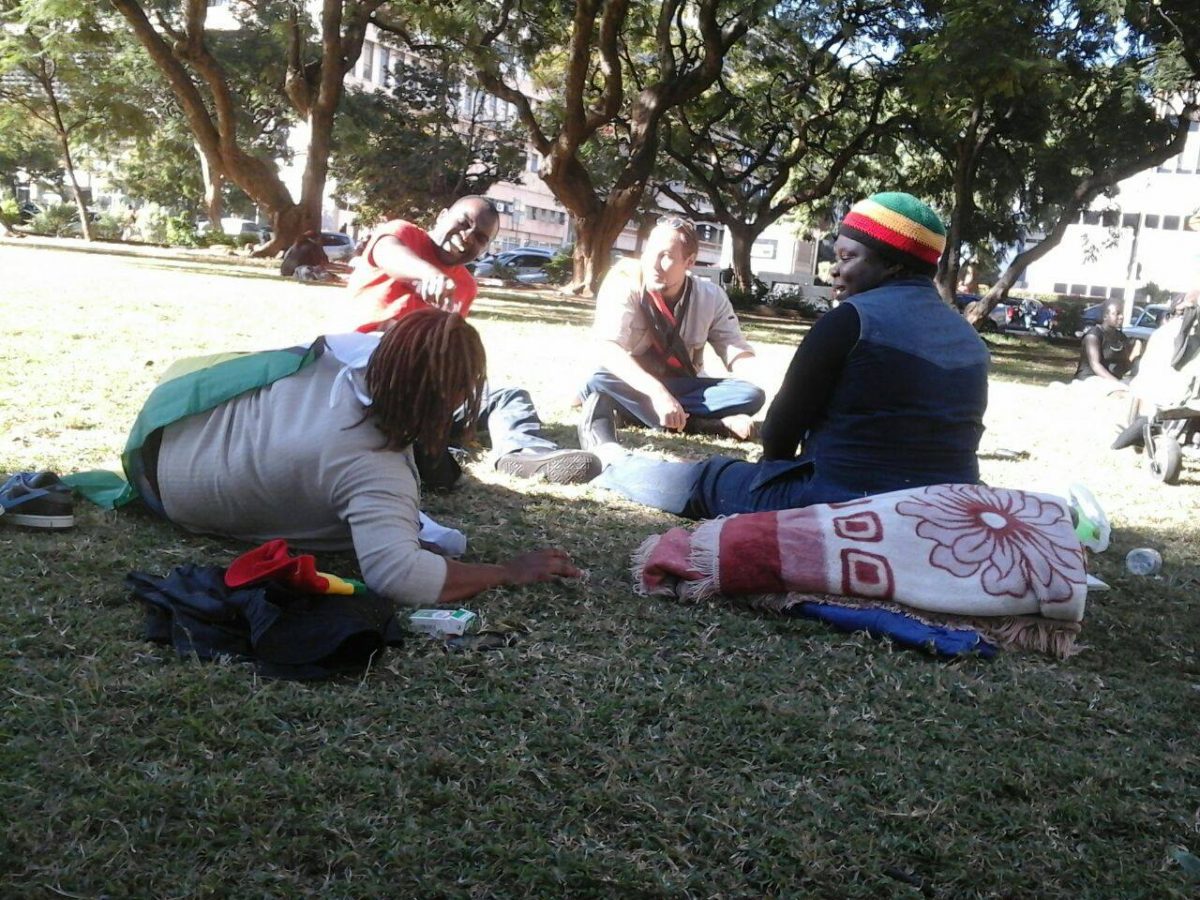 In Zimbabwe, police have arrested and dispersed a group of youths staging what was planned to be a 16-day demonstration against the deterioration of the economy, human rights and President Robert Mugabe’s rule. In the past, such demonstrations have been carried out by a now missing journalist and human rights activist. Garikai Chaunza reports from Harare.

A coalition of pro-democracy youths set up camp on the June 1 in a park called Africa Unity Square near Zimbabwe’s parliament building to call on President Robert Mugabe to step down. Ninety-two-year-old Mugabe has ruled the southern African country since its independence in 1980.

The protesters intended to stay in the park until June 16. But last Thursday, police raided their camp in the middle of the night, arresting 15 people. Officials allege that five core protesters robbed two women in the park, and say the remainder resisted and attempted to obstruct the arrests. Bail for all detainees has been set at $1000 each – a sum only three have managed to pay.

Since the raid, riot police have surrounded the park and have reportedly brutalized passers-by suspected of ties to the protest. One demonstrator who escaped arrest, Joana Mamombe, says the government is reacting with fear and panic to legitimate criticism by citizens.

“When we occupied Africa Unity Square, I think the government and the security forces, they just thought that we were playing together in the Africa Unity Square, but to be very frank it was a protest on its own.” Mamombe explains. “So you know, in Zimbabwe there is no freedom of expression, there is no freedom to gather, so once they realized that we are gathering there to protest that Mugabe to step down and mobilizing other youths to come and occupy the Africa Unity Square, they had to send the security agents to disperse us, through the riot police, by beating comrades who were passing by and also arresting some of our comrades who are still in remand [prison] as we speak”.

Among the arrested protesters is Patson Dzamara. He is the brother of journalist cum-human rights activist Itai Dzamara, who was abducted in March 2015 by suspected state security agents for staging solo protests against Robert Mugabe’s administration in the same park.

Another Occupy Africa Unity Square protester was found dead at a local hotel last weekend after a seven-story fall. The timing and circumstances of the death have fueled widespread speculation that the fall was no accident and that state security forces may be involved.

Attorney Obey Shava is representing the demonstrators, and says they are innocent of the charges against them.

“The real reason behind their arrest is that they have been occupying Africa Unity Square, which is their right in terms of the Zimbabwean constitution. People have the right to demonstrate and present petitions. Unfortunately the police knew that they could not charge them for illegally demonstrating or for occupying Africa Unity Square, because it is not an offence.” Shava explains. “So they had to come up with these funny charges of robbery and defeating and obstructing the course of justice. We will be saying this in court and we will bring it to the attention of the court that this is politically motivated”.

The activists have been ordered to appear in court later this month.

Meanwhile, politicians are starting to gear up for the next presidential elections. Robert Mugabe’s wife, Grace, has been touring the country in what many predict could turn into a campaign bid to replace her aging husband.