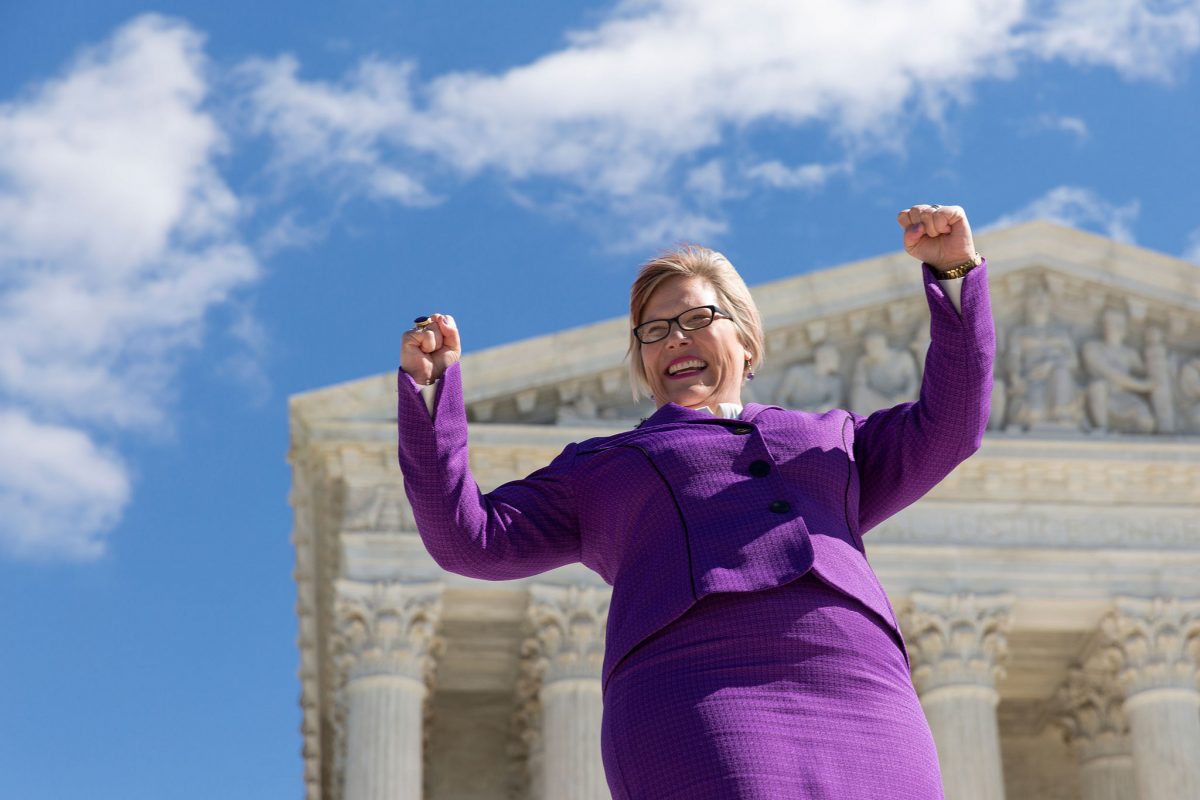 The U.S. Supreme Court today struck down a Texas law that shut down more than half of the state’s abortion clinics over the span of three years. It was the court’s first major ruling on abortion in nearly 25 years and will likely overturn similar laws since passed in other states. Shannon Young reports.

The provisions required that all abortions clinics meet the physical plant requirements of ambulatory surgical centers and that all doctors performing abortions have admitting privileges at hospitals within 30 miles.

“It’s an incredibly encouraging development that the court clarified today that restrictions on access to abortion need to be evidence-based,” says Stephanie Toti, an attorney with the Center for Reproductive Rights who argued the case before the Supreme Court. “States just can’t make up bogus reasons for enacting these restrictions that deprive women of access to essential reproductive healthcare.”

In a press call held just hours after the ruling, she said the wording was specific and clear enough to affect other state-level laws similar to the restrictions enacted in Texas.

“There are copycat laws in Louisiana and Oklahoma, as well as many other states. And Louisiana and Oklahoma have just been notorious in recent years in enacting the kinds of unnecessary restrictions on abortion access that the court struck down today,” Toti explains. “So we expect today’s decision, which is really sweeping and decisive, to be a powerful tool in our fight against these other restrictions and it gives us incredible momentum in this struggle.”

The provisions in HB2 forced the closure of more than half of Texas’ abortion clinics in the past three years and, had the court ruled otherwise, could have reduced the number of those clinics to 9 – all concentrated in the massive state’s four largest urban areas.

But the ruling isn’t likely to restore the number of abortion clinics to the pre-HB2 level of around 40, nor will clinics be able to reopen overnight, said Amy Hagstrom-Miller, president and CEO of Whole Woman’s Health.

“We really have a daunting task ahead of us here to determine whether and how we can reopen our health centers. Because it’s been over three years now, most of the clinics that closed either had to sell the buildings or we had to let go of our leases. We had to surrender our licenses to the state,” Hagstrom-Miller points out. “And so there would be a process of us finding space to lease, re-licensing the facilities, trying to find physicians and staff again, who all have gotten other jobs, and then go through the process of raising funds in order to be able to acquire new equipment, medicines, that kind of thing.”

In the ruling, Justice Ruth Bader Ginsberg noted that complications from abortions are few, and those that do occur are rarely serious. She wrote, “Given those realities, it is beyond rational belief that H. B. 2 could genuinely protect the health of women, and certain that the law ‘would simply make it more difficult for them to obtain abortions.’”

Even so, Texas Lt. Governor and HB2 co-author Daniel Patrick responded to the ruling Monday, calling it “a devastating blow to the protection of the health and safety of women in Texas.”

Both sides were in suspense in the lead-up to the ruling given the chance of a tie due to the still unfilled vacancy on the Supreme Court bench. More than three months ago, President Barack Obama nominated Judge Merrick Garland to replace the late Antonin Scalia, but Republican Senators have vowed to block confirmation hearings until a new president takes office.

“Reproductive freedom is very much on the ballot this November,” said Ilyse Hogue, president of NARAL Pro-Choice America, on a press call Monday. “On a day like today, we are reminded how important it is to elect leaders who will do everything in their power to protect a woman’s autonomy over her own life. We are going to take this fight door-by-door, we are going to remind people that elections matter, not just at the federal level, but at the state level, too.”

Texas State Senator Charles Perry,a supporter of HB2, also said the fight is not over, writing in a statement that “next session we will revisit this issue to ensure both women and unborn children are protected.”

Abortion providers and legal experts have called the ruling decisive and sweeping, but stopped short of predicting what the full implications might be.

In the immediate future, the Whole Woman’s Health v. Hellerstedt ruling is expected to moot a case pending before the Supreme Court pertaining to admitting privilege requirements for doctors performing abortions in Mississippi. Alabama and Louisiana have similar laws currently being challenged in lower courts.