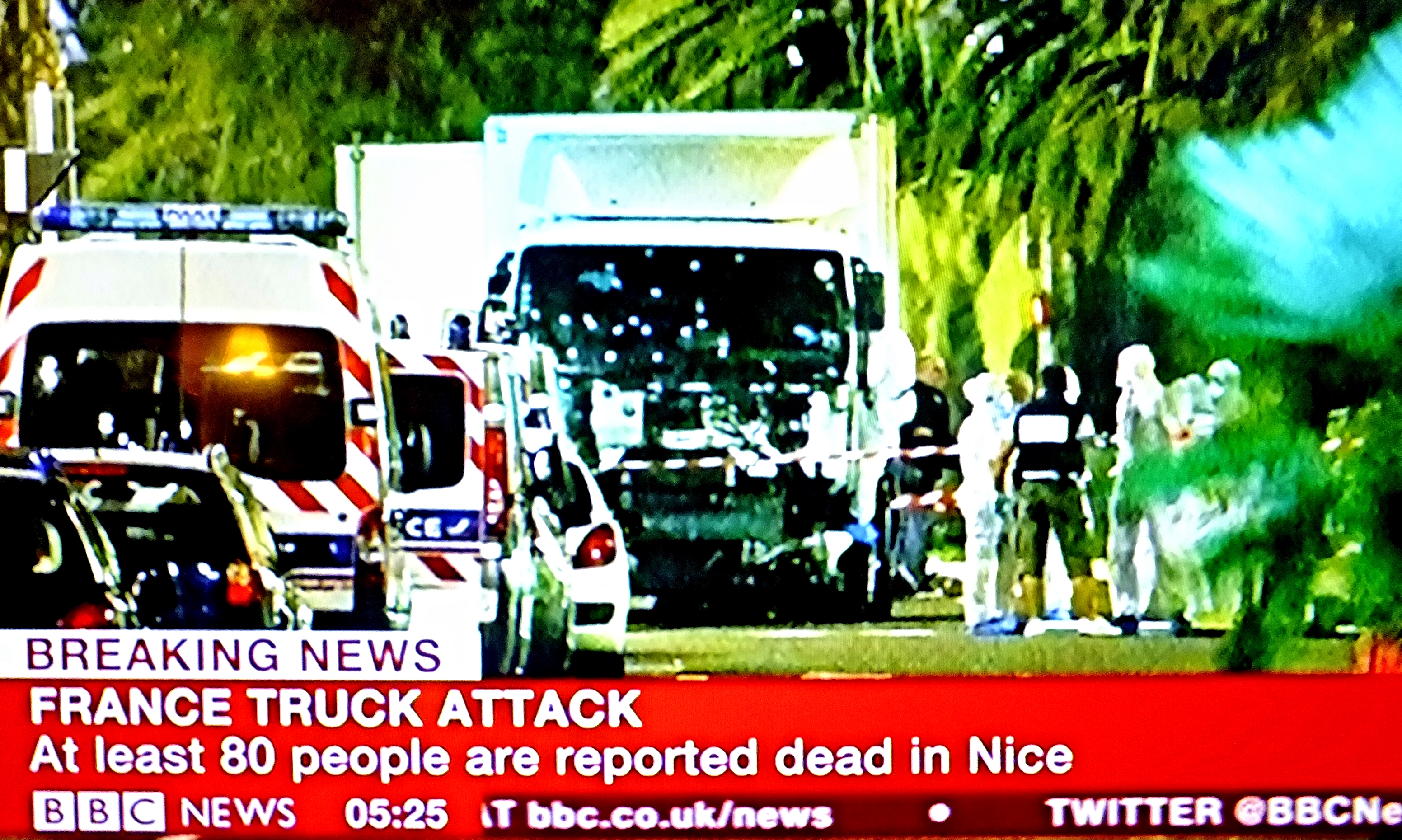 Amateur video captured the horrific sights and sounds in France late Thursday after a semi truck plowed through a crowd of people killing at least 84 – including children — and wounding many more. French authorities say a 31-year-­old French-Tunisian man rented the large truck two days earlier and deliberately mowed down scores of people gathered to watch Bastille Day fireworks in the southern city of Nice. The assailant, ­ who authorities have not yet named, ­ later died in a shootout with police. The attack appeared to be the work of a single individual. However, the French government is activating reservists’ and extending a state of emergency in place since last November’s attacks in Paris that killed 130 people.