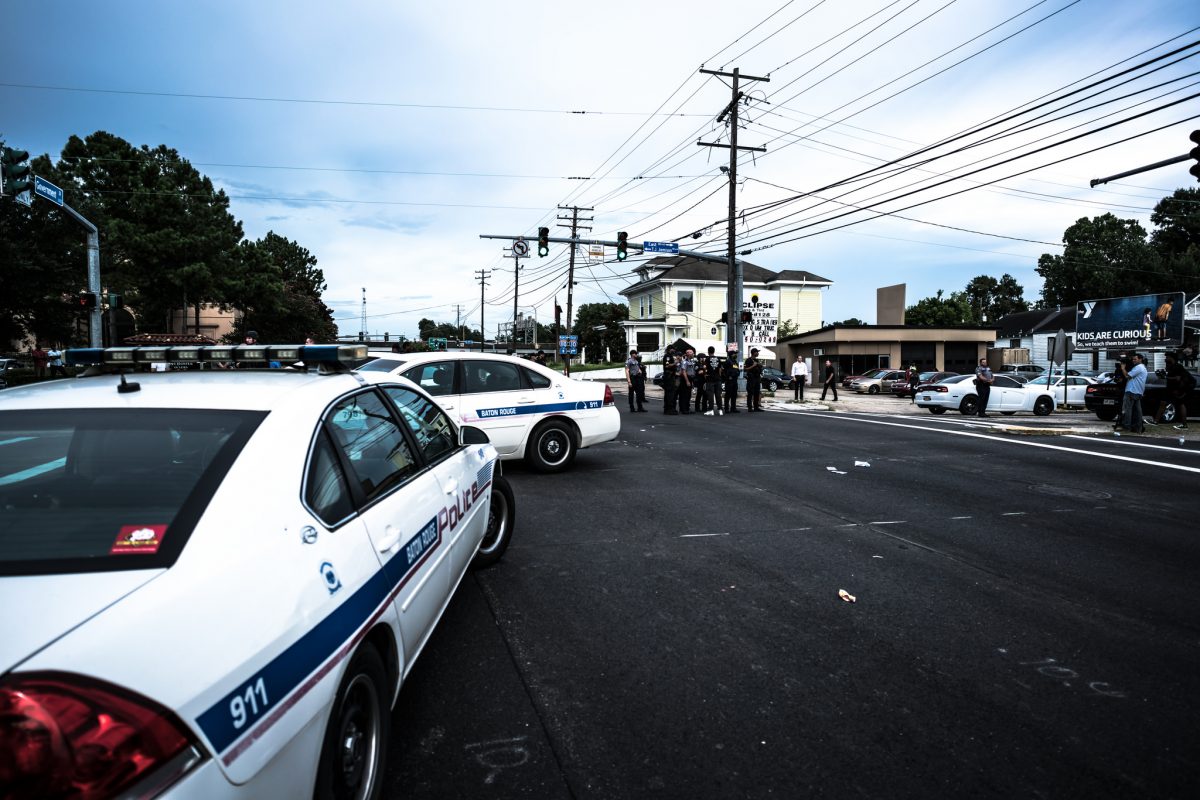 Three more police officers are dead in ongoing violence sparked by racial tension between police and communities of color across the country. FSRN’s Nell Abram has more.

A lone gunman opened fire on police officers in Baton Rouge, Louisiana Sunday killing three and injuring three others. Monday, officials identified the gunman as 29-year-old Gavin Long. In a video posted to YouTube prior to the attack, the African-American U.S. military veteran said that he was not affiliated with any groups or individuals.

At a Monday press conference, Louisiana State Police Colonel Mike Edmonson said that the Kansas City resident traveled to Baton Rouge and had been in the vicinity for several days. Police recovered three weapons – two semi-automatic rifles and a handgun. Edmonson added that the ex-Marine encountered civilians and made no efforts to harm them.

“There is no doubt whatsoever that these officers were intentionally targeted and assassinated,” said Edmonson.

The most recent killings come nearly two weeks after two Baton Rouge police shot and killed Alton Sterling outside a convenience store. One day later, an officer in suburban Minneapolis killed another black man – Philando Castile – whose girlfriend livestreamed his final moments just after the fatal shots were fired.

The two incidents ignited national outcry, with protesters taking to the streets across the country. Amid one such protest in Dallas, a black sniper killed five police officers.

Sunday, President Barack Obama addressed the nation once again:  “Five days ago, I traveled to Dallas for the memorial service of the officers who were slain there. I said that that killer would not be the last person who tries to make us turn on each other. Nor will today’s killer,” Obama said. “It remains up to us to make sure that they fail. That decision is all of ours. The decision to make sure that our best selves are reflected across America, not our worst – that’s up to us.

The spiraling violence is dominating national conversation, as the NAACP’s annual convention winds down in Cincinnati and the two weeks of political conventions begin, the first in Cleveland.

“I am not minimizing the difficult task of our men and women in blue, and that’s why NAACP, let’s stand and salute the men and women who are sworn to protect and serve us,” Brock said.

Brock also called for systemic change:  “The violence to which black people are being subjected is devastating. We have witnessed in recent years and recent days horrendous testimony and documented evidence of unarmed people of color being hunted and injured and murdered by law enforcement personnel with little or no accountability for these violations of civil rights and desecrations of human rights,” said Brock. “There must be accountability. And there must be radical change in the way we do policing.”

Democratic presidential hopeful Hillary Clinton addressed the NAACP Monday morning, as the annual convention has become a regular stump stop for candidates hoping to garner the black vote. The GOP national convention kicks off today across the state in Cleveland. Presumptive candidate Donald Trump, however, has declined the NAACP’s invitation to address its influential membership.