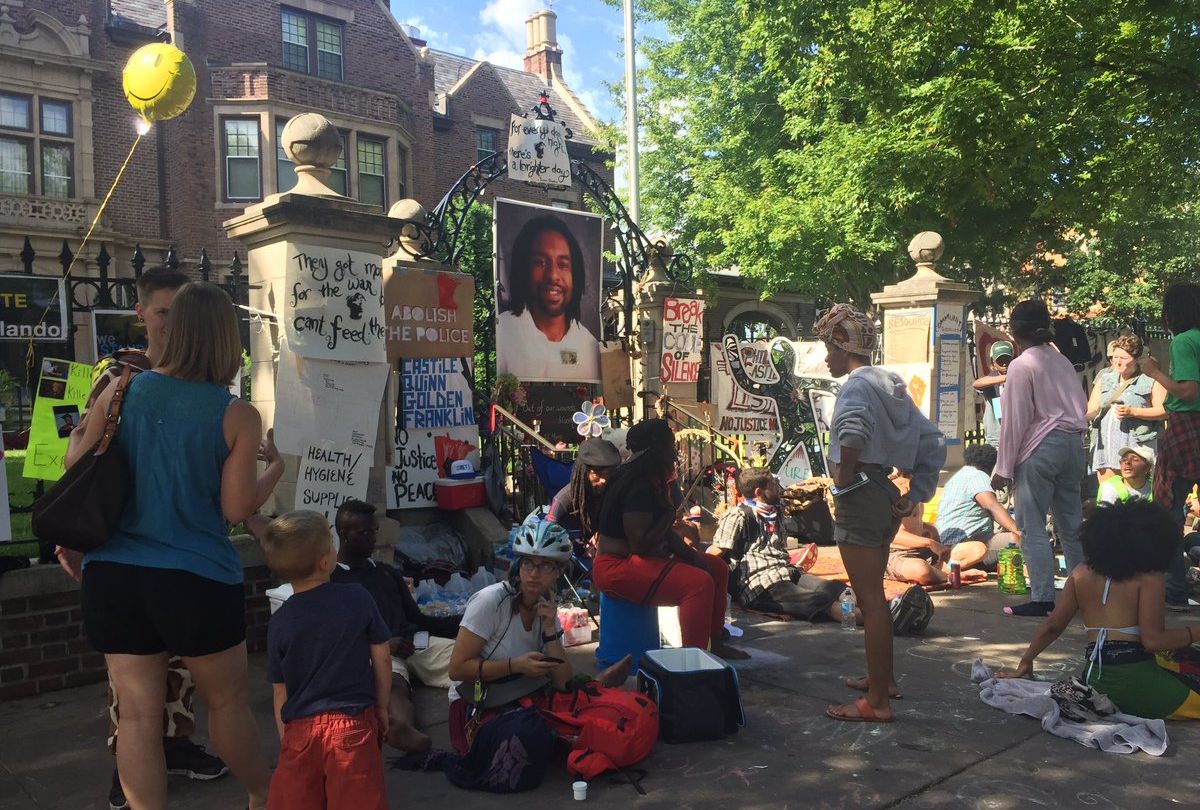 Black Lives Matters have been holding a vigil in front of the Minnesota governor's mansion since the July 6, 2016 killing of 32-year-old Philando Castile. (Photo credit: Jared Goyette)

Police arrested peaceful protesters in front of the Minnesota governor’s mansion Tuesday.   The occupation against police brutality began just after the killing of 32-year-old Philando Castile during a routine traffic stop earlier this month. FSRN’s Jared Goyette was there.

The day  started off peacefully. Police demanded that the activists remove all chairs, coolers and anything else blocking the sidewalk, and the activists complied.

“Let me check back with you in just a couple minutes. Thank you for the progress, gentlemen,” said St. Paul police commander Steven Fraser, thanking an organizer for helping to clear the sidewalk in this well-to-do part of town. But then, after one of the protesters removed a “no parking sign,” police rushed in.

Demonstrators locked arms and tearfully called on police to stop as officers grabbed at several men and women and hauled them away in handcuffs. In all, more than 20 people were detained, and activists are bracing for more arrests.

For days scores of protesters had been camped in front of the governor’s mansion in St. Paul since earlier this month when a police officer shot and killed Philando Castile, a 32-year-old African-American man who worked in the cafeteria of a local elementary school.

His girlfriend live streamed the final moments of his life from the passenger seat of the car in a dramatic video that went around the world and spurred outrage over police violence.

“You don’t even go to jail for littering. You get a ticket. And you don’t drag people off like that,” Moore said. “I don’t want to be scared for my children, my brothers and sisters everyday. I just want all the violence to stop.”

Protesters have regrouped at the site and have appealed to the ACLU for legal assistance. State authorities are continuing to investigate Castile’s killing by police and have not determined if the officer should be charged. He remains suspended with pay.