Outrage grows after two more black men in the U.S. are killed by police 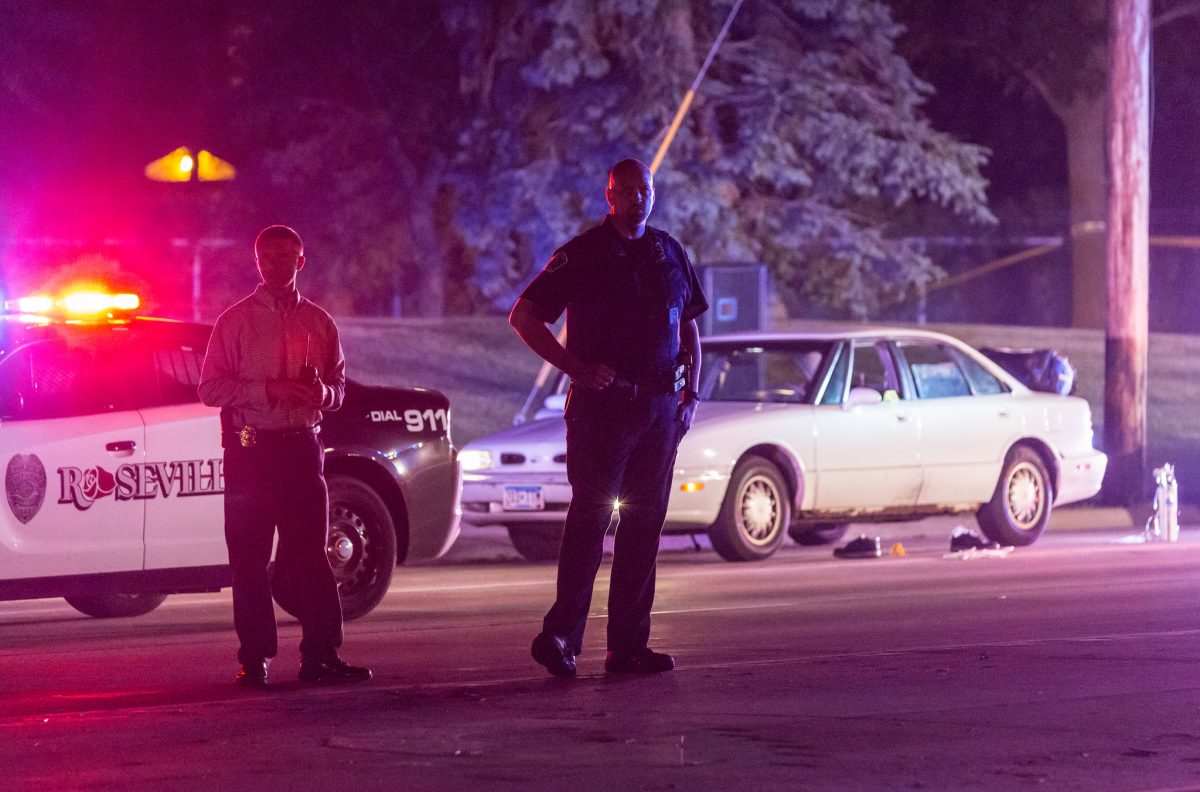 People are taking to the streets in Louisiana, Minnesota and elsewhere around the country after police shot and killed two more black men this week. Video from both scenes has gone viral, renewing public outcry about racially charged police shootings of black men.  President Obama addressed the nation and published a Facebook post, saying the killings were not isolated, but rather symptomatic of racial disparities in country’s criminal justice system. The Department of Justice is investigating both shootings, while the three officers involved are on paid administrative leave.

FSRN’s Lena Nozizwe says the latest incident started with what should have been a minor traffic stop.

“Stick with me. We got pulled over for a busted tail light in the back. And the police…”

The video begins immediately after a St. Anthony, Minnesota police officer fired into the vehicle.  Philando Castile is slumped over in the front passenger seat, his white t-shirt soaked with blood – his eyes flickering – and the officer is still standing at the car window, pointing a gun at the dying 32-year-old.

His girlfriend, Diamond Reynolds, began livestreaming the events as they unfolded Wednesday in Falcon Heights, near Minneapolis.

“And the police just. He’s covered. They killed my boyfriend. He is licensed. He is licenced to carry. He was trying to get out his ID and his wallet out of his pocket. And he let the officer know that he had a firearm and he was reaching for his wallet. And the officer just shot him in his arm,” Reynolds explains on the livestream. “We are waiting…I will, sir, don’t worry.”

Reynolds reaffirms to the officer that Castile, an African American, did what the officer instructed him to do – after explaining that he had a permit to carry a gun.

Reynolds not only records the dying moments of her loved one, she also captures herself, handcuffed in the back of a police car, along with her four-year old daughter, who witnessed every moment of the police shooting.

“It’s okay, Mommy,” Reynolds’s daughter reassures her. “It’s okay I am right here with you.”

Tuesday, Louisiana Governor Jon Bel Edwards described the images as troubling. “I will say that based on the information that I have obtained from law enforcement, but certainly the footage that I have observed of the video that was available. I have very serious concerns. The video is disturbing, to say the least.”

Both Governor Edwards and Governor Dayton have asked the Department of Justice to investigate the police killings.

Cole Yates is with the Minneapolis-based group the Committee for Professional Policing. The police accountability advocacy group is calling for a ballot measure that would hold some officers financially responsible for on-the-job violence.

“It would give rogue officers a financial consequence for their actions,” Yates explains. “In the current system that we have here in Minneapolis there are no consequences for rogue officers who commit misconduct, who have dozens of complaints on their records, who have been sued numerous time for lower level things. We are extremely confident that we have enough to get on the ballot.”

Dr. Delores Jones-Brown, a former prosecutor and a current law professor at the John Jay College of Criminal Justice, says the recent police shootings make it seem as though police have learned nothing.

“It just seems we can’t move beyond or we can’t learn lessons from past police incidents that can prevent future ones, and that’s very disturbing,” Jones-Brown points out. “Since the NRA is determined that it does not want to change its position on the right to bear arms, there is something really important that has to be done in terms of police training. Police officers have to understand that that’s a right that belongs to everyone, all citizens, and that they therefore cannot automatically assume if a person is carrying a weapon that they are dangerous.”

Professor Jones-Brown notes that during the Jim Crow era, legislators made it unlawful for African-Americans to bear arms. Both Alton Sterling and Philando Castile had guns in their possession. FSRN contacted the NRA for comment, but they did not respond by deadline.