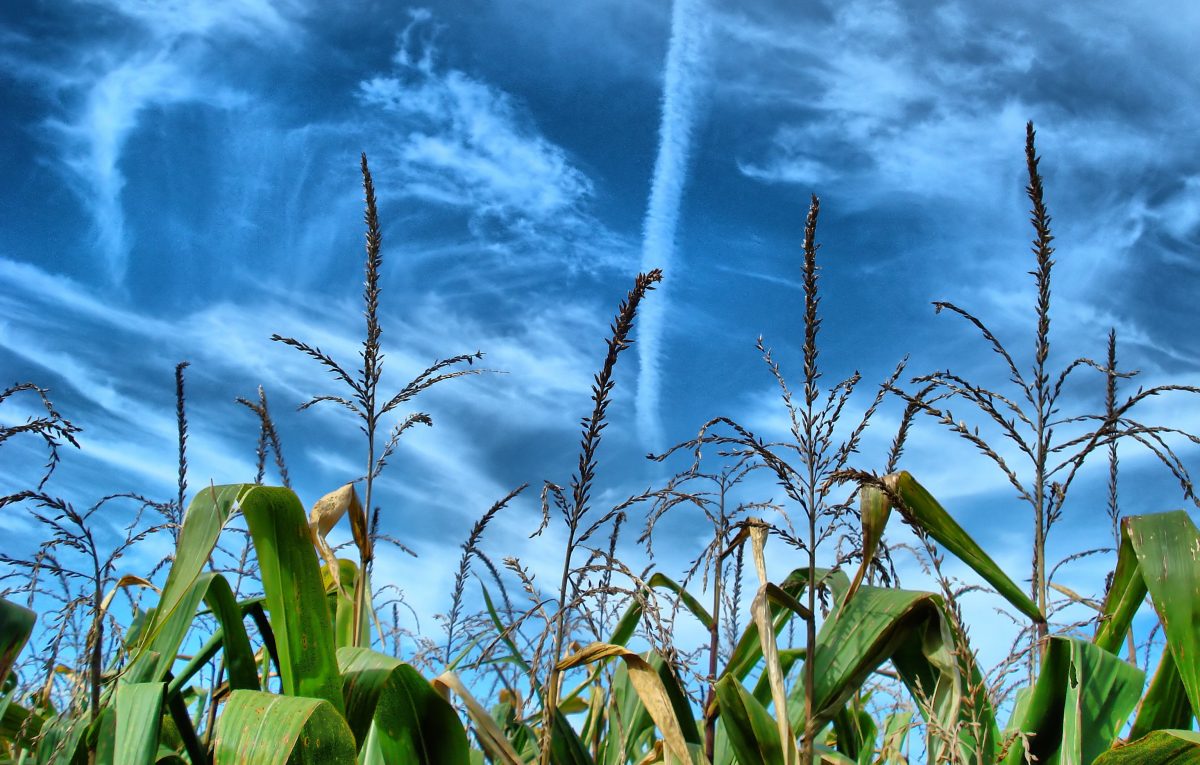 Corn is one of the most common genetically-modified crops on the market. (Photo credit: Julie Falk via Flickr / Creative Commons)

(UPDATE: The Senate voted 63-30 on Thursday, July 7, 2016 to pass the measure, sending it to the House of Representatives where it is expected to pass. Click here to see how individual U.S. Senators voted.)

In Washington, much focus has been on stalled gun control. And Hillary Clinton’s private email servers. But meanwhile, a food bill is moving swiftly but quietly through the U.S. Senate that would, at first glance, set a nationwide standard for GMO food.

But those who question the safety of GMOs aren’t celebrating.  In fact they say the Senate bill as written could make it more difficult for consumers to know what they’re eating. FSRN’s Tanya Snyder explains.

Many staple crops are genetically modified to boost crop yields and protect from pests.

“There’s been no credible evidence that genetically engineered crops have resulted in any deleterious effects to human health,” explains Richard Amasino, a biochemistry professor at University of Wisconsin-Madison and a co-author of a recent National Academy of Sciences study examining the health and safety of GMO crops. “To date, the industry that’s been involved in making genetically engineered crops has a 100 percent perfect track record with regard to human health, which is a pretty rare thing.”

The National Academy’s verdict was that GMOs are safe to eat and their environmental impact is mixed but overall there are economic and social benefits to using GMO technology.

That contradicts a 2009 Union of Concerned Scientists report that says claims of increased crop yields are exaggerated. And there are concerns that GMO crops encourage the use of more herbicides that taint groundwater and harm human and animal health.

Opinion polls consistently show that most consumers want to know what’s in their food. Vermont recently passed a law requiring GMO-ingredients to be labeled. It went into effect last week. That sent the food industry into a tizzy which spurred the U.S. Congress to do something out of character – take action.

“What we face is a handful of states that have chosen to enact labeling requirements on information that has nothing to do with health, with safety, or nutrition,” says Republican U.S. Senator Pat Roberts of Kansas, co-sponsor of Senate bill 764. His bill is moving swiftly through Congress and would create the nation’s first federal GMO labeling standard. If passed, it would override any state law like Vermont’s, which Roberts told fellow Senators would bring disaster. “Those decisions impact the farmers in fields who would be pressured to grow less efficient crops so manufacturers could avoid these demonizing labels.”

Whether GMO crops could really help fight global hunger is arguable. What’s not up for debate is that the multi-billion dollar agribusiness industry behind GMOs is pushing hard for Senator Roberts’s labeling bill to pass. So why would they do that?

“It’s a no-labeling bill, this is not a labeling bill,” says Ronnie Cummins, who heads the Organic Consumers Association.

He says Roberts’ bill would actually undermine labeling efforts because it’s full of exemptions. In fact, it wouldn’t require GMO food to be really labeled at all. Under the law, merely listing a company website for more information, or placing a QR code on the package that would need to be scanned by a smartphone, would meet the standard of a so-called label.

“Over the last six to eight years, the big food companies and biotech companies have spent $400 million to make sure you don’t know whether your food is genetically engineered or not. And when you break it down to the 63 U.S. senators who just voted to shut off all debate about this, they on the whole get twice as much money from big ag and biotech companies as the people who voted against this bill,” Cummins says. “So there’s a direct relationship between the amount of money senators get and what they’re saying about this so-called labeling bill.”

Not all U.S. Senators are on board with Senate bill 764. Democratic Sen. Jeff Merkeley of Oregon prefers to call it “Monsanto’s DARK Act” – “DARK” stands for “denying Americans the right to know.”

What’s excluded? Food products that are derived from a GMO crop but don’t contain traces of the actual DNA. Corn oil from GMO corn wouldn’t need a label. Nor would sugar refined from GMO sugar beets. They’d be exempt, Merkeley says.

“Monsanto’s main three crops produce derivatives that do not contain genetic information,” Merkely points out. “This clause appears to be one that would make Monsanto jump for joy.”

The U.S. Senate could vote on Senate bill 764 as early as next week, sending it to the Republican-controlled House. Backers of the bill hope to have it passed before July 15 when Congress breaks until after Labor Day.