“People’s Caravan” rallies against bigotry and hate outside RNC 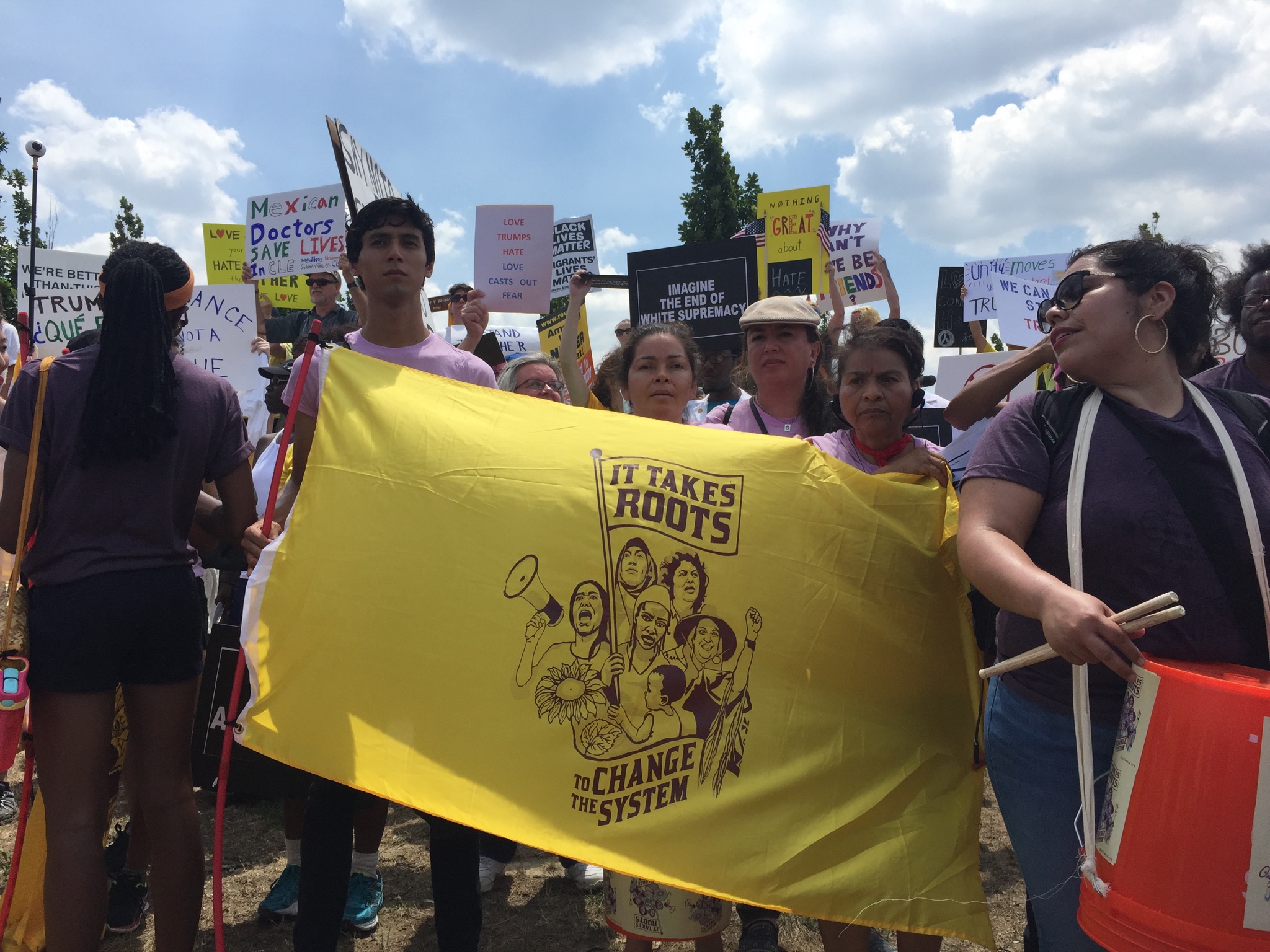 Activists from the U.S. and Honduras speak out against xenophobia outside the Republican National Convention in Cleveland on July 21, 2016. (Photo credit: Ayse Gursoz, Grassroots Global Justice Alliance)

Activists from the U.S. and Latin America rallied Thursday outside the Republican National Convention in Cleveland to denounce racism and xenophobia in US politics. FSRN’s Ariel Goodman reports.

They call it the People’s Caravan. It’s a collection of grassroots community leaders that have arrived here in Cleveland to make themselves heard. They unfurl a banner that reads, “It takes roots to weather the storm” and pledged to resist racism, misogyny and hate in communities.

Naychelle Harris is part of M.O.R.E – Missourians Organizing for Reform and Empowerment. She says their purpose is to bring a positive message of hope to counteract the fear she says is being peddled inside the convention center.

The Caravan isn’t singling out the Republicans. As the RNC winds down in Cleveland, these 45 activists are getting back on the road to take their message next week to the Democratic National Convention in Philadelphia.