U.S. policies for leasing coal on public lands under major review for first time in 30 years 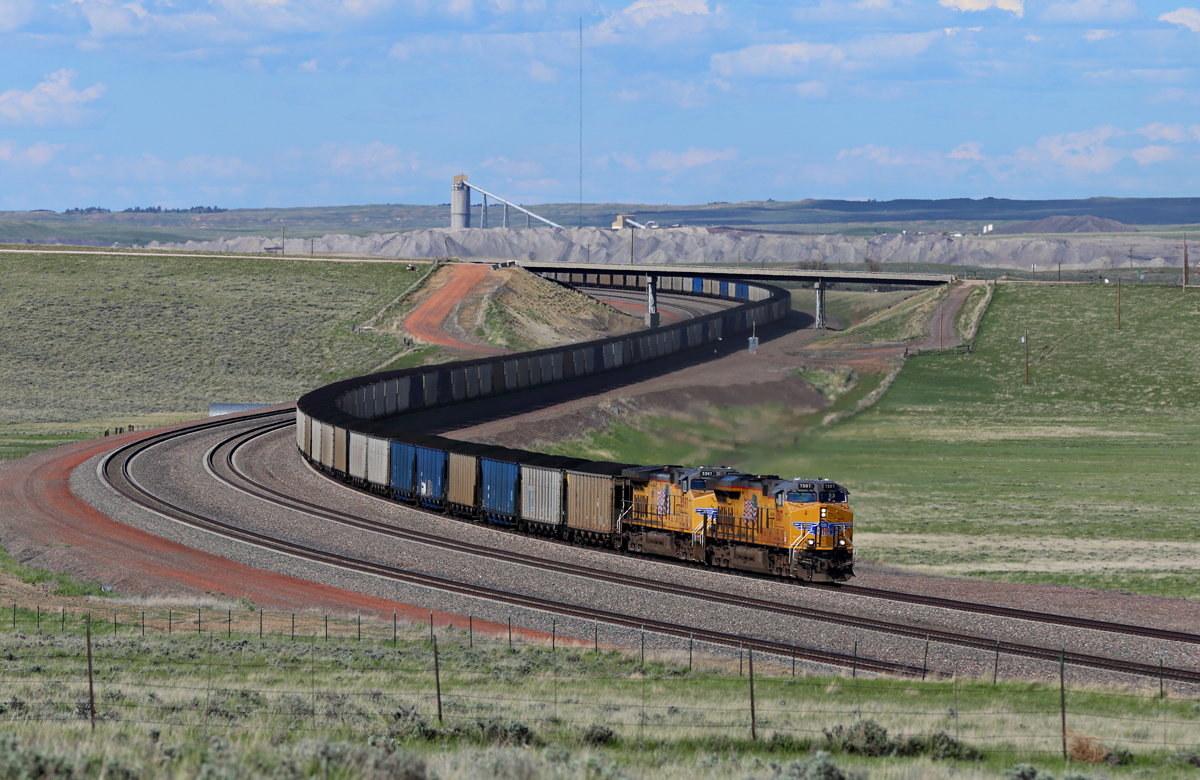 For the first time in 30 years, policies that drive federal leasing of coal on public lands are receiving a major review. The nation’s largest coal reserves in Wyoming’s Powder River Basin are the biggest beneficiary of the program. Interior Secretary Sally Jewell suspended new leasing earlier this year and ordered the Bureau of Land Management to hold public hearings that take into account the economic, environmental and social costs of the program. Martha Baskin has our story.

From ranchers in Wyoming, to representatives of tribes from all over the West, to county executives in cities like Seattle, a wide array of people are taking the opportunity to weigh in on the federal government’s coal leasing program.

They’re grappling with questions like what are the consequences of burning what James Hansen has long called the most carbon intense fossil fuel? What is a “fair return” for communities who mine coal and those affected by the costs to public health and rail transport? Should taxpayers pay coal companies?

“My crew understands how much this hearing means to me and how much I care about it for my people,” says Walksnice. “Anything that BLM does with coal development affects my people.”

Ancestral Cheyenne territory encompasses some 80 percent of what is now the Powder River Coal Basin in southeast Montana and northeast Wyoming. The region holds 40 percent of all the nation’s coal reserves which account for an estimated 13 percent of all U.S. greenhouse gases.

Walksnice told the Bureau of Land Management he’d witnessed first-hand an increase in fire activity since 2012.

“One of the wildfires actually started on BLM land, near a coal mine, north of our community. We’ve lost some houses in that fire. We lost power,” Walksnice recalls. “It was a scary moment for our elders because our elders’ complex was north of town, where the fire was coming.”

Walksnice, whose Cheyenne name is Twenty Stands, pauses. Nearly 300,000 acres were burned. A transition to renewables, he says, is overdue. Solar systems have already been installed on elders homes on the reservation.

But rancher Ogden Driscoll with the Bear Lodge Cattle Company says BLM policies of leasing what was once wild public lands to coal companies have been good for Wyoming and good for ratepayers. Driscoll’s family drove cattle from Texas to Wyoming in the 1860’s and have been there ever since. In the past decade, BLM managed lands produced some $4.3 billion of coal that the agency says produced $6.8 billion in royalties and $3.8 billion in rents, bonuses and other payments

Driscoll says 2,000 new power plants going up around the world will burn what he calls “dirty, nasty coal,” unless they have access to Powder River Basin coal.

“If you want them not to pollute our air, what is truly a worldwide environment, we really ought to be burning Powder River Basin coal in these plants, because that will change the impacts they’re talking about on climate change and the environment, if we’re going to be honest about it,” Driscoll says.

Driscoll and others in the Wyoming delegation who favor the federal leasing program say coal from Powder River Basin is the cleanest coal in the world because of its low sulfur content.

But the math isn’t that simple. According to the Union of Concerned Scientists, while Western coal may have less sulfur, it also has fewer btu’s of energy, or a lower “heat rate.” That means power plants need to burn 50 percent more Western coal to match the power output from Eastern coal.

Earthjustice attorney Jan Hasselman says a review of the BLM leasing program should have happened a long time ago when awareness of coal’s environmental impact first surfaced. Hasselman has represented communities fighting new coal terminals on the west coast, such as the proposed Millennium Bulk Terminals Longview coal export project in Washington state. He says the coal leasing program amounts to a federal subsidy of a dangerous, poisonous substance.

“We have an inconsistency between some of our goals, which involve dramatic reductions in greenhouse gas pollution, and some of the things that we do to effectively encourage subsidize more oil, more gas, more goal,” Hasselman explains.

“The local impacts of both coal and oil transport remain unaddressed,” Constantine points out. “It is these tribal leaders, local government leaders, who are stuck with the burden of trying to protect their communities, even as the oil and coal companies are making money off of our public resources.”

A Union Pacific oil train explosion in the small town of Mosier, Oregon along the Columbia River earlier this summer has many officials in the region calling for a moratorium on the trains. Oregon and Washington have been ground zero for transporting Powder River Basin to the West coast for years; a destination that, after last December’s lifting of the export ban, now includes Asia.

Critics of the BLM’s coal leasing program on federal lands far outnumbered supporters at the Seattle hearing. The pause on new leases does not apply to those currently in force or to coal production activities.

While the public hearings have finished, the Bureau of Land Management is accepting written comments until July 28. The BLM plans to issue a report on summarizing the public input by the end of the year.