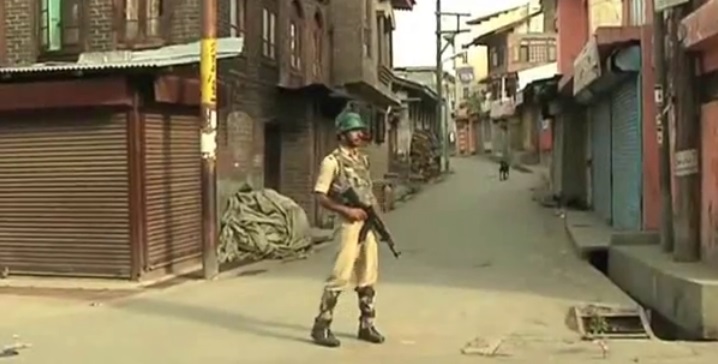 More than 40 days after India imposed a curfew to quell unrest in Kashmir, deadly clashes with civilian casualties continue across the Indian-administered region. Much of the disputed region claimed by both India and Pakistan is in open revolt following last month’s killing of a young insurgent leader and social media star. FSRN’s Shahnawaz Khan reports.

There’s another funeral underway in Sarshali, a village south of Kashmir’s administrative capital Srinigar. Residents chanted pro-freedom slogans Thursday as the body of a young college teacher killed by Indian troops is lowered into the ground.

Tariq Ahmad, a resident of Sarshali, says Indian soldiers dragged away about two dozen villagers off into the night. Only the body of the young teacher returned.

“Troops came into the village, entered houses and started beating whoever they saw, the young and the old,” recalls Ahmad. “They broke everything around them. My two brothers and I were injured.”

His death brings the death toll to least 65 civilians killed in less than six weeks. Thousands more have been injured with at least 400 suffering serious eye injuries due to Indian troops’ controversial use of pellet guns for crowd control.

Lethal force is increasingly being used on civilians. On Tuesday, paramilitary forces opened fire on a crowd blocking a road in north Kashmir killing four on the spot.

Cell phones and internet service has been largely shut down, except for a single network. That’s left many people cut off from anxious friends and relatives.

Local political leaders have appealed to the government in New Delhi to negotiate an end to the crackdown which is trying to suppress widespread anger over India’s killing last month of a young guerrilla leader.

But so far, the Indian government continues to turn up the heat, accuse its critics of sedition and blame Pakistan for stoking the unrest in the Muslim-majority province.