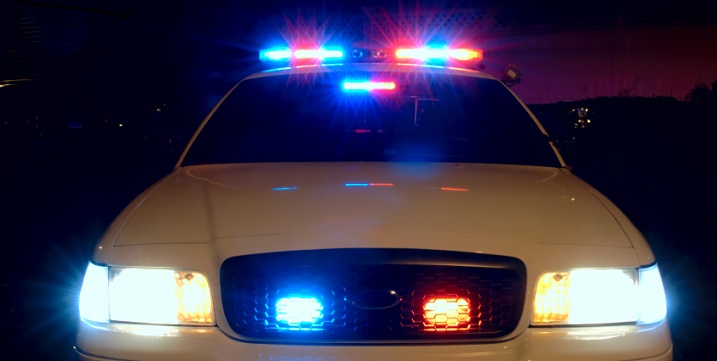 The Milwaukee officer who fatally shot 23-year-old Sylville Smith last weekend has been identified as a fellow African-American who lived in the community and attended high school with the man he killed. FSRN’s Jacob Resneck has more.

With racial tensions high in the city’s northside, the shooting sparked some of the worst unrest in recent memory. Smith’s family told reporters that officer  Dominique Heaggan was acquainted with the man he killed.

After the first night of arson and looting in the Sherman Park neighborhood, Milwaukee Mayor Tom Barrett appealed for calm, saying he understood that relations between police and many in the community were strained.

“But what I want our residents and anyone who is watching this to understand that what that police officer encountered was an individual running who had a gun in his hand,” the mayor said Sunday.

Community leaders say resentment has simmered for years. Nearly 40 percent of Milwaukee’s black residents live in poverty and Wisconsin has the highest rate of incarceration of African-American men in the country.

Khalif Rainey, Sherman Park’s elected city councilor, said the circumstances of the shooting aren’t as important as the unaddressed realities of racial tension and inequality that have existed in the city for years.

“What has happened tonight may not have been right, I am not justifying that. But no one can deny the fact that there’s problems, racial problems here in Milwaukee, Wisconsin, that have to be closely, not examined, but rectified,” Rainey said. “Rectify this immediately. Because if you don’t, this vision of downtown and all that – you’re one day away… you’re one day away.”

Those feelings were articulated by the slain man’s younger brother, Sedan Smith who told a local television station during the first night of violence that the unrest was a reaction to years of pent-up frustration at police killing citizens with apparent impunity.

“You get a lot of people that’s hurt, and they can’t vent the right way,” Smith told WDJT-TV. “They can’t no longer depend on the police to be here to protect us like they say they’re going to do. So this is what you get. And, no, it’s not going to end today. I can’t tell you it’s going to end tomorrow. I don’t know when it’s going to end. But it’s for y’all to start. We’re not the ones that’s killing us. Y’all killing us. We can’t make a change if you all don’t change.

The Wisconsin Department of Justice is investigating, but has yet to release the officer’s body camera footage of the shooting.

The director of the ACLU’s Wisconsin chapter is urging transparency from state investigators, noting that Milwaukee’s police chief had already expressed conclusions drawn from a video the public has not been allowed to see.

In Chicago this week, the city’s police chief called for seven officers to be fired for lying about the police shooting of African-American teenager Laquan McDonald. The officers filed false reports, allegedly trying to enforce the police department’s so-called “code of silence.” Their reports were contradicted by dashcam video released by court-order a year later.

When the video was made public, it forced a department-wide shake up and the officer was charged with murder. He is out on bail and awaiting trial.

The head of Chicago’s police union criticized the police chief’s recommendation. Dean Angelo told The Associated Press that rank-and-file officers now wonder if they can get a “fair shake” from the police board in the face of community pressure.

Nationwide, police accountability is one factor in a broad call for criminal justice reform, with advocates demanding an end to mass incarceration and for-profit policing.

Marc Mauer, executive director of The Sentencing Project, said the move is a milestone in terms of challenging mass incarceration as national policy.

“And I think it’s recognition that when we are talking about depriving people of their liberty, we shouldn’t be turning that decision over to a private entity – that’s not what we should be doing in a democracy,” he said.

After Thursday’s announcement, stocks for the only two publicly traded prison contractors lost nearly 40 percent of their value. By Friday they’d slightly rebounded.