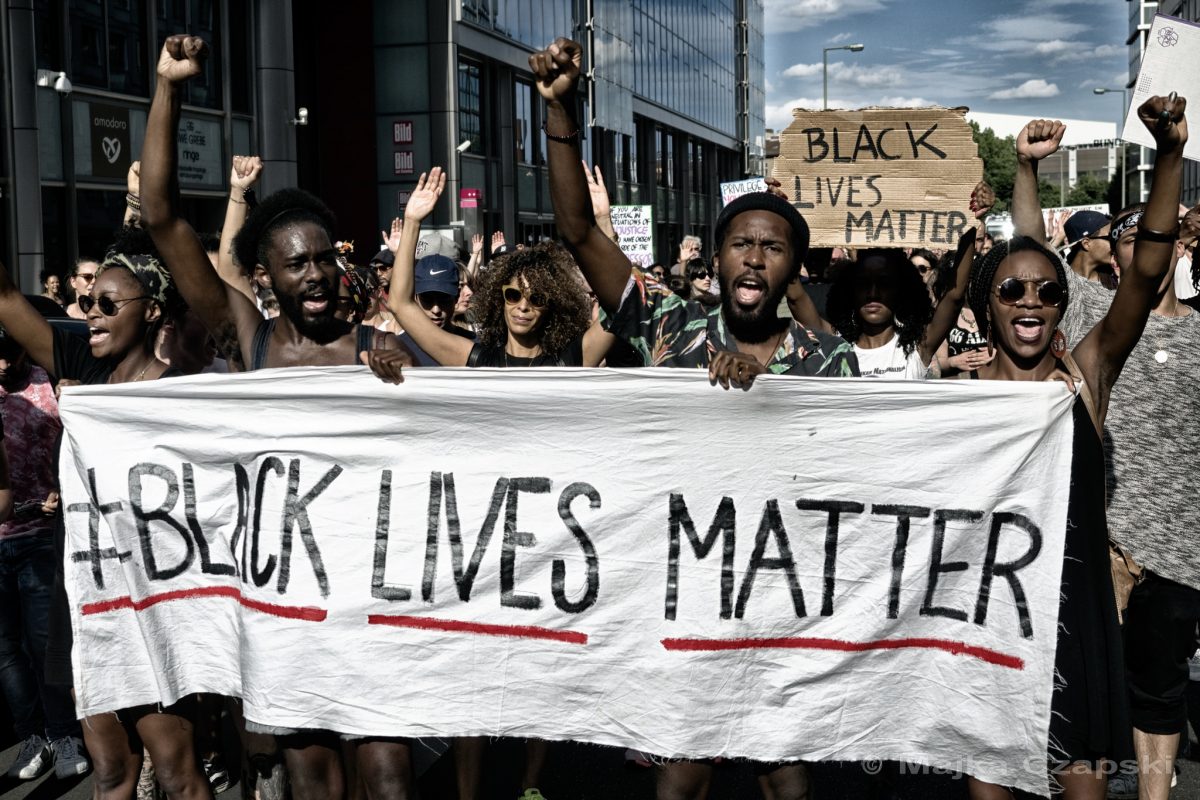 Police accountability and systemic racism are front and center again this week with at least three black males killed by police in the last seven days; most recently in Charlotte, North Carolina. This comes as eleven cities today take legislative action to try to rein in ‘high tech policing’ programs some say exacerbate the criminalization of communities of color and religious minorities. FSRN’s Nell Abram has more.

Tuesday in Charlotte, last Friday in Tulsa, the Wednesday before in Columbus. Three more black males killed by bullets fired by police officers. Vigils and protests in all three cities while police accountability advocates continue to take to  streets, to community centers and to municipal governance halls across the U.S.

Reports about the circumstances of the shooting vary. Scott’s daughter says her disabled father was reading a book in his car when shot.

According to Chief Putney, after observing Mr. Scott get out of a car holding a gun and then get back into the vehicle, they ordered him to step out once again.

“They were instructing the subject once he got out of the vehicle to drop the weapon,” Putney said. “In spite their verbal commands, Mr. Scott exited the vehicle armed with a handgun as the officers continued to yell at him to drop it. He stepped out, posing a threat to the officers and Officer Brently Vinson subsequently fired his weapon striking the subject. The officers immediately requested medic and began performing CPR.”

Chief Putney said there is both body and dash camera video from the scene, but that state law prohibits making it public. He added though that what video he’s seen fails to show the events in their totality.

The shooting came just days after a Tulsa, Oklahoma police officer killed Terrance Crutcher. Officials quickly released video of the Friday incident recorded both by patrol car dash cam and from a police helicopter, hovering over the scene.

The footage begins as the 40-year-old black man walks away from officers toward his vehicle in the middle of the road.  Crutcher walks walks calmly with his hand still in the air. One of the occupants of the police helicopter said Crutcher, “looks like a bad dude too, could be on something.”

Officers follow closely behind him. He apparently places his hands on his vehicle and is then shot. The officers slowly back away; no emergency aid is rendered. Tulsa police Chief Chuck Jordan calls the video “disturbing and difficult to watch” and has asked the U.S. Department of Justice to conduct an outside probe.

The investigation of another police shooting of a black male last week is ongoing. An attorney representing 13-year-old Tyre King’s family says an independent autopsy calls the official version of events in his death into question. The youth was shot three times and killed by a Columbus, Ohio police officer last Wednesday.

According to Columbus Police Chief Kim Jacobs, officers chased the boy after reports of a robbery nearby and he was facing patrolmen when he brandished a BB-gun that was mistaken for a standard firearm.

But excerpts from a post mortem report by a Michigan county medical examiner commissioned by the family say the location and the direction of the wound paths suggest “it is more likely than not” that the young man was running away when shot.

Columbus police do not use body cameras; there’s no video documentation of the shooting.

Police accountability advocates across the country long hoped that an increase in the use body-worn cameras would both rein in excessive use of force and expand avenues for accountability when incidents occur. But some say body cameras and high-tech surveillance tools haven’t accomplished those goals.

“Instead of being held accountable for the reckless endangerment and taking of black lives, police departments are being rewarded – their budgets and their tool belts expanded – with digital surveillance technologies,” says Malkia Cyril, Executive Director of the Center for Media Justice.

The center is part of a coalition behind a new effort to bring transparency to the use of surveillance technologies by local police; technologies like x-ray vans and biometric recognition software. Cyril says so-called high-tech policing implemented in cities across the nation has only succeeded in “supersizing discrimination against communities of color.”

“Let me be clear: I don’t believe communities can control the police. I believe that at this time, we need to lift up the names of Keith Lamont Scott in Charlotte and Terence Crutcher in Tulsa and understand that these deaths are one in hundreds,” notes Cyril. “They’re only the latest names, there will be others. In the 21st century, it’s time for black communities and all targeted communities to find new approaches to security and accountability and to say ‘no’ to mass surveillance. We believe legislation is one critical way to do that.”

While such initiatives won’t bring back the more than 200 black people killed by police in the U.S. so far this year, its proponents hope it will at least put the brakes on policing practices that perceive members of many communities of color as threats.