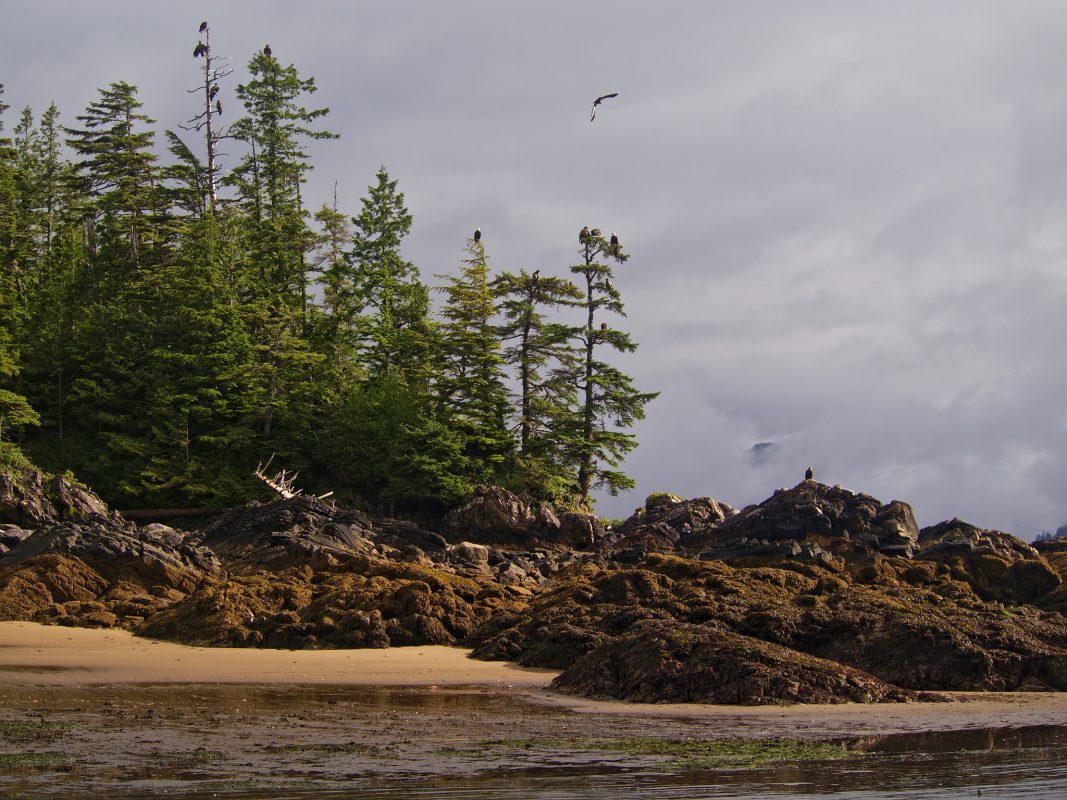 Some members of the Lax Kwa-laams First Nation are camped out on an island in the Skeena Estuary to stop a major LNG project Canada approved this week. (Photo credit: Spencer Rasmussen)

The earth hit a milestone this week — one which climate scientists say may be a point of no return. Data from the Mauna Loa Observatory in Hawaii shows the concentration of carbon dioxide in the atmosphere stayed above 400 parts per million for the entire month of September — when it’s usually at its lowest due to summer plant growth.

Canadian Minister of Environment and Climate Change Catherine McKenna says she is “confident with the 190 legally binding and scientifically determined conditions that we will address the most important environmental impacts to ensure that this project proceeds in the most sustainable manner possible.”

If built, the LNG processing and export terminal in British Columbia would be the one of the most carbon intensive projects in Canada’s history.  The Canadian Centre for Policy Alternatives calls it a “‘carbon bomb,’ out of step with the country’s commitments to curb emissions.” It’s Canada’s first major energy policy move since Prime Minister Justin Trudeau took office.

The USD $27 billion project has met indigenous resistance in British Columbia. The Lax Kwa-laams First Nation is deeply split – with some members camping out to protect Lelu Island – in the Skeena Estuary — one of the largest salmon watersheds in the world.